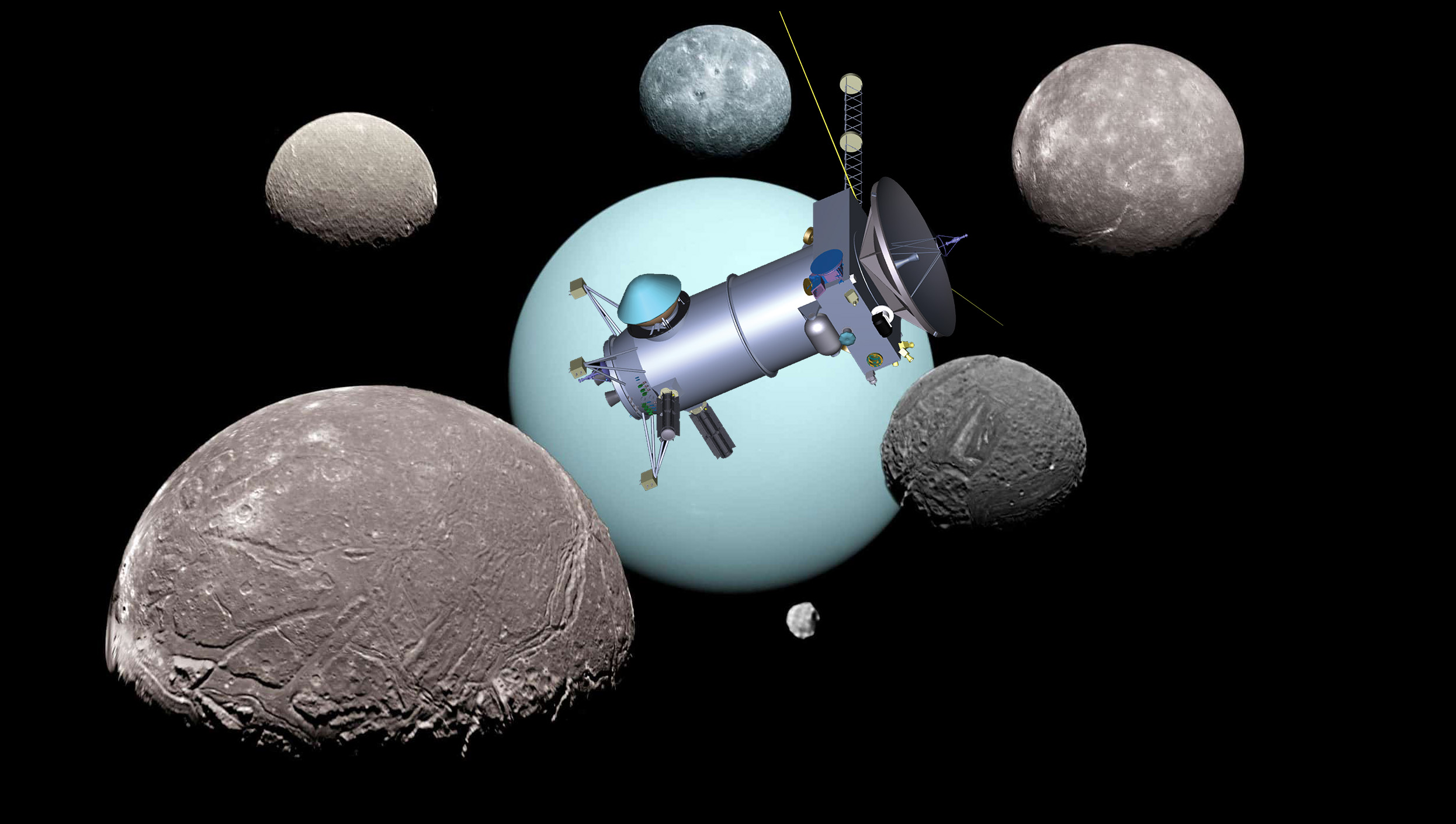 The National Academies of Sciences, Engineering, and Medicine have published their latest decadal survey of planetary science and astrobiology, revealing a recommendation that NASA prioritize the development of a flagship mission to Uranus baselined to launch on SpaceX’s Falcon Heavy rocket.

Known as the Uranus Orbiter and Probe or UOP, the mission proposal has been under development by a team of NASA, University of California, and Johns Hopkins University scientists and engineers for several years. In fact, a very similar concept ranked third in the Academies’ 2013-2022 decadal survey flagship recommendations, reiterating its central importance and potential value in the eyes of the survey’s dozens of contributors. According to its creators, in its latest iteration, the Uranus Orbiter and Probe have the potential to fully or partially answer 11 of the 12 primary questions the latest Decadal Survey structured itself around.

Additionally, the survey indirectly states that if it weren’t for the existence of one specific technology, it would have been a wash between a mission to Uranus or Neptune. That keystone: SpaceX’s Falcon Heavy rocket.

While the survey’s authors don’t explicitly point to SpaceX in the context of UOP, they do state that “a Uranus mission is favored because an end-to-end mission concept exists that can be implemented in the 2023-2032 decade on currently available launch vehicles.” In reality, there only appears to be one launch vehicle: Falcon Heavy. Three other alternatives do technically exist: United Launch Alliance’s (ULA) Vulcan Centaur, Blue Origin’s New Glenn, and NASA’s own Space Launch System (SLS).

NASA’s Europa Clipper orbiter – originally manifested on SLS but later moved to SpaceX’s Falcon Heavy to avoid major launch delays – has helped demonstrate that SLS isn’t viable for non-Artemis Program missions without massive production improvements and significant workarounds or design changes. While capable in many regards, Blue Origin’s reusable New Glenn rocket appears to have extremely poor performance beyond Earth orbit – well below what UOP requires – and is unlikely to launch before 2024 or 2025. It’s possible that an expendable New Glenn could suffice but Blue Origin has never mentioned the option and, even then, the rocket’s expendable performance could still fall short.

Finally, ULA’s expendable Vulcan Centaur rocket has yet to launch and its debut could easily slip into 2023. More importantly, according to official information provided by the company to a NASA-run performance calculator, even Vulcan’s most capable variant (VC6) with six solid rocket boosters (SRBs) simply doesn’t have the performance required to launch the Uranus Orbiter and Probe (7235 kg / 15,950 lb) on seven of the mission’s preferred trajectories. For three other secondary windows, Vulcan could potentially launch UOP but only with the inclusion of a Venus gravity assist that would require significant design changes to protect the spacecraft while traveling much closer to the sun.

According to NASA’s calculator, a fully-expendable Falcon Heavy rocket with a standard payload fairing could launch around 8.5-10 tons (18,700-22,000 lb) to UOP’s preferred trajectories, leaving a very healthy margin for spacecraft weight gain or launch underperformance and likely enabling a longer launch window for each opportunity.

If NASA agrees with the survey’s conclusions, decides to develop the Uranus Orbiter and Probe, and also plans on the Academies’ optimistic assumption of an ~18% budget increase on average from 2023 to 2032, work towards a preferred 2031 launch window could begin in earnest as early as 2024. Comprised of a namesake Orbiter and Probe, UOP would arrive in orbit around Uranus in late 2044 or early 2045 weighing around five metric tons (~11,000 lb). The primary science mission would begin by deploying a small atmospheric probe to directly analyze the composition and behavior of the planet’s exotic atmosphere, which is believed to be volatile, prone to vast and violent storms, and host to some of the most extreme winds in the solar system. The probe would weigh ~270 kilograms (~600 lb) and is only expected to survive for a few hours at most.

The orbiter, however, would continue on to tour the Uranian system for at least four years, observing and studying the ice giant and its rings, magnetosphere, and 27+ moons. Uranus itself resides in what may be the most common class of exoplanets in the universe, making a close study of it invaluable for exoplanet science as a whole. It’s also possible that – like several moons around Saturn and Jupiter – one or more Uranian moons have liquid water oceans created by tidal heating, adding to the list of extraterrestrial bodies that might feature habitable environments or alien life.