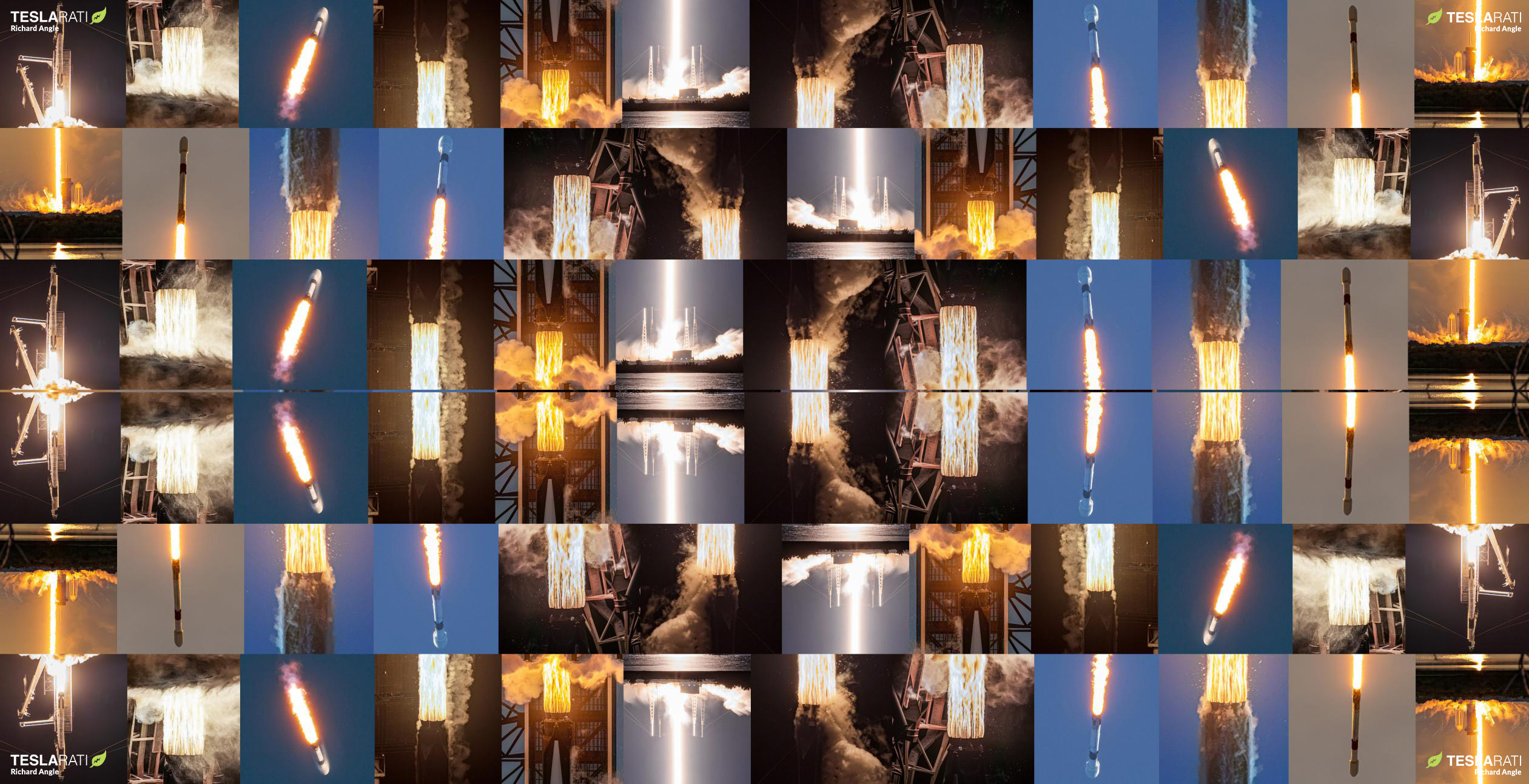 On the heels of SpaceX’s last launch of 2021, which rounded out a record-breaking year and marked the 100th successful Falcon booster landing, the time has come to look at what the new year might hold for the world’s most prolific commercial launch provider and its workhorse rockets.

Thanks in part to a number of delays that pushed a significant portion of SpaceX’s planned 2021 launches into next year, the company’s 2022 launch manifest is bigger than any other year in its already impressive history. In 2021, having completed 31 orbital launches, SpaceX’s Falcon 9 was the single most launched rocket in the world – beating out several Russian and Chinese rockets operated by each country’s national space agency. On its own, Falcon 9 launched six more times than the entire country of Russia.

However, despite how impressive SpaceX’s performance was this year, all evidence suggests that 2022 could see almost twice as many Falcon launches as 2021.

That information comes from unofficial manifests maintained by fans and followers, who collate dozens of different reports, press releases, and rumors to create a rough picture of upcoming launch plans. Of course, the farther away any given launch is; the more likely it will be significantly delayed. Even official information from SpaceX itself would not be able to accurately predict how many launches it will conduct over a year or more, but the manifests are still useful tools for rough predictions.

In general, short of a major launch failure grounding a given rocket or some other unforeseen catastrophe (2021’s semiconductor supply issues, for example), unofficial manifests have been maybe 60-80% accurate. In the case of 2022, two such well-maintained manifests agree that SpaceX has approximately 40 launches currently scheduled next year – including up to 5 Falcon Heavy missions and at least 35 Falcon 9 launches. SpaceX has never had more launches scheduled in a single year. Simultaneously, after SpaceX’s 2021 performance, 2022 is the first time it’s been possible to seriously believe that the company might actually be able to complete 40 commercial launches in one year. And even then, that figure is still only part of the story.

In 2021, SpaceX completed 17 successful dedicated Starlink missions, launching just shy of 1000 satellites – 989 to be exact – in a single year. In the first five months of 2021, before unknown issues caused an unintended Starlink launch hiatus, SpaceX completed 13 of those dedicated Starlink launches. In other words, if satellite production had kept up with SpaceX’s Falcon fleet, the company was technically on track to complete more than 30 Starlink launches in a single year, which – combined with all other missions – would have amounted to a total of 43 launches in 2021.

That specificity is important because – save for a single Starlink mission – the ~40 commercial launches on SpaceX’s 2022 manifest entirely exclude Starlink launches. Given that skipping or intentionally throttling a full year of Starlink launches is simply out of the question for SpaceX, that means that the company has approximately 40 commercial missions to launch on top of one or two dozen potential Starlink V1.5 missions. Assuming that Starlink V1.5 production remains somewhat constrained relative to Starlink V1.0, which peaked at an implied average of more than 1800 satellites per year in H1 2021, it might be reasonable to expect up to 20 (rather than 30) Starlink V1.5 launches in 2022 if production remains steady.

Combined, that means that SpaceX’s nominal 2022 manifest might actually include up to 60 Falcon launches. The question, then, is whether there is any chance at all for SpaceX to actually complete an average of more than one launch per week next year. Conveniently, SpaceX itself seemingly answered that question just this month. In December 2021, the company – pushing all three of its orbital pads to their limits – completed a record five Falcon 9 launches. Technically, it actually completed those five launches in a mere 19 days. Including NASA’s DART mission, which SpaceX launched on November 24th, the company ultimately launched six Falcon 9 rockets in less than four weeks (27 days).

Given the company’s recent cadence records and the turnaround records of each of the three pads used to achieve them, it’s clear that SpaceX could technically repeat that feat – a burst of five launches in 3-4 weeks – every month. Obviously, that’s easier said than done and it’s inherently unlikely for a record-breaking monthly launch cadence to become the norm immediately after, but the achievement still demonstrates that SpaceX is technically capable of launching five times in three weeks and then being ready to do so again by the start of the next month.

Averaged over 2022, 5 launches per month would equate to 60 launches per year. In other words, while unlikely, it’s by no means impossible for SpaceX to replicate 2021’s Starlink launch cadence and simultaneously complete as many as 40 commercial launches. In reality, a more plausible outcome for 2022 might be 5-10 commercial launches slipping into 2023 and SpaceX ultimately completing around 30-35 commercial launches and ~15 dedicated Starlink missions for a total of 45-50 – still an extraordinary hypothetical achievement by any measure. Going off of recent trends, which have seen SpaceX’s annual cadence grow from 21 (2018) and 26 (2020) to 31 (2021), 35-40 launches would be a still more conservative estimate for 2022.

Regardless, even excluding Starship, the year is set to be quite the spectacle for SpaceX. The 40 commercial missions tentatively on the company’s manifest include two Crew Dragon NASA astronaut launches, one or two private Crew Dragon missions to the International Space Station, up to 3 commercial Moon landers, a Korean Moon orbiter, NASA’s Psyche asteroid explorer, and as many as five or six Falcon Heavy launches.