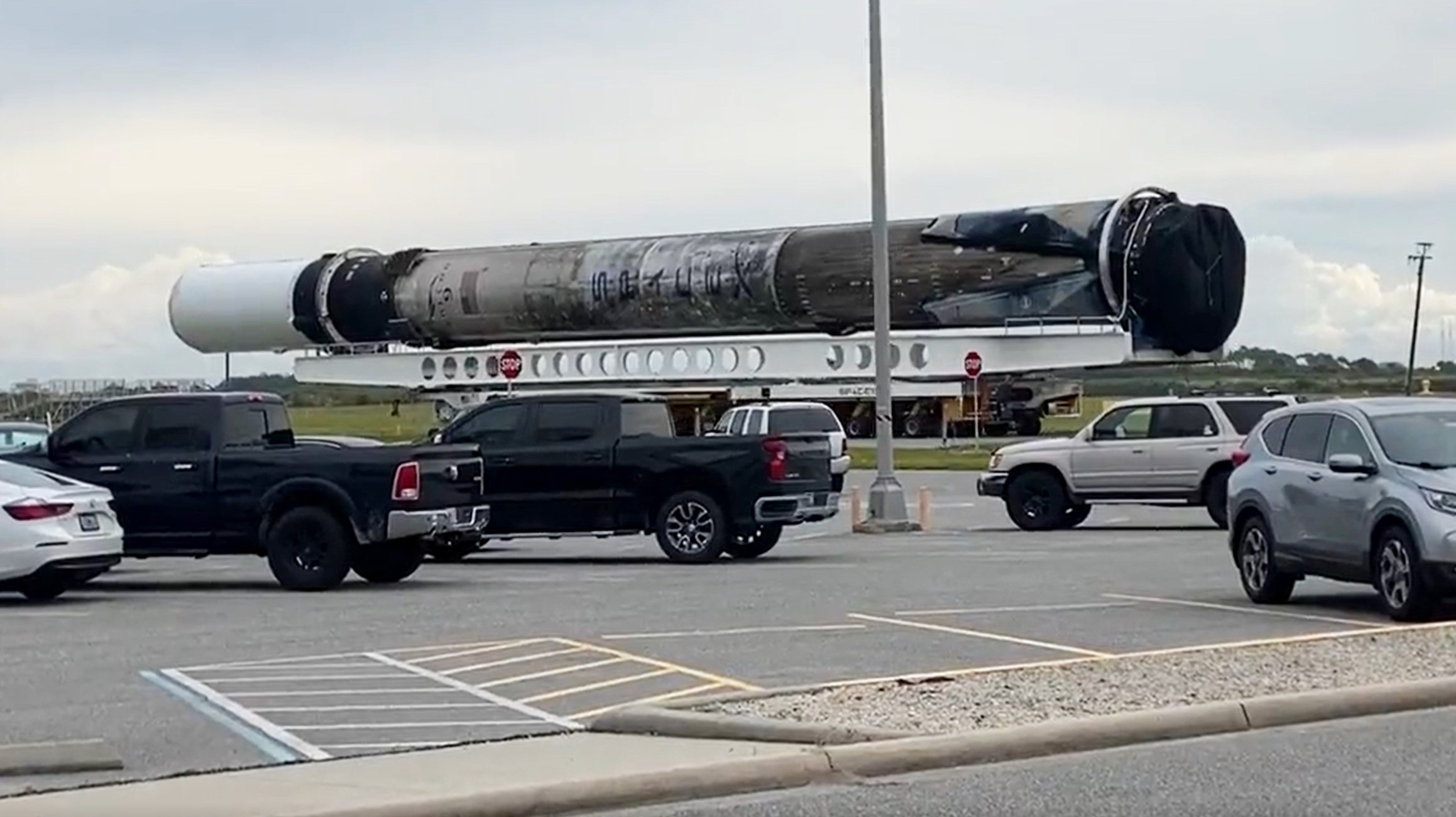 A SpaceX rocket and drone ship are nearly ready for the company's first East Coast Starlink launch in half a year. (Chance Belloise)

In just a few days, SpaceX’s next Starlink mission has gone from a complete mystery to a firm launch date.

Set to be SpaceX’s first Starlink launch in almost two months and first East Coast Starlink mission in almost half a year, the launch effectively came out of nowhere with a single week’s warning. For mostly unknown reasons, after completing an unprecedented 13 Starlink launches carrying almost 1000 satellites into orbit in the first five months of 2021, SpaceX has launched just one more batch of Starlink satellites in the last five months. Initially, mid-year, a brief delay of a month or two was expected as SpaceX prepared to debut the next generation of Starlink satellites on the West Coast.

As of just a few days ago, SpaceX still had no Starlink missions with firm launch dates. However, on November 4th, a sooty Falcon 9 booster (B1062) with a shiny new second stage attached was spotted rolling down Kennedy Space Center (KSC) road on its way to SpaceX’s other Cape Canaveral LC-40 pad. Given that Pad 39A was already occupied with a Falcon 9 rocket and Crew Dragon spacecraft scheduled to launch four astronauts as early as November 10th and that the next mission clearly on SpaceX’s East Coast manifest was more than a month away, a surprise Starlink mission was the only obvious explanation.

Indeed, just a day after that surprise rocket transport, hazard areas published by the Cape Canaveral’s 45th Space Wing confirmed that SpaceX had scheduled a Starlink launch no earlier than (NET) 7-8am EST (12-13:00 UTC) on Friday, November 12th. Oddly, instead of the polar “Starlink 2-2” launch most observers were expecting, the range hazard area announcement was for a mission called “Starlink 4-1,” raising further questions about SpaceX’s new naming scheme.

In simple terms, the first ~4400-satellite phase of SpaceX’s Starlink constellation is split into five groups of satellites – known as shells – with different orbital altitudes and inclinations (the orbit’s tilt). In May, SpaceX’s most recent East Coast Starlink launch effectively completed the first of those five shells. With Starlink V1.5’s September debut, SpaceX also debuted a new naming scheme, deeming the mission Starlink 2-1 – the first launch of the second shell. Based on the inclination implied in Starlink 4-1’s hazard warning, Shell 4 refers to a second group of 1584 satellites almost identical to Shell 1, while Shell 2 is a semi-polar group of 720 satellites. That means that Shells 3 and 5 are sets of either 340 or 158 satellites at slightly different altitudes in polar orbit and will likely be the last Phase 1 Starlink satellites SpaceX launches.

Unlike Shell 1’s Starlink V1.0 satellites, Shell 4 is expected to use Starlink V1.5 satellites with laser interlinks that will eventually allow the constellation to route communications entirely in orbit, limiting the need for ground stations that are both expensive and a bureaucratic nightmare to construct and operate.