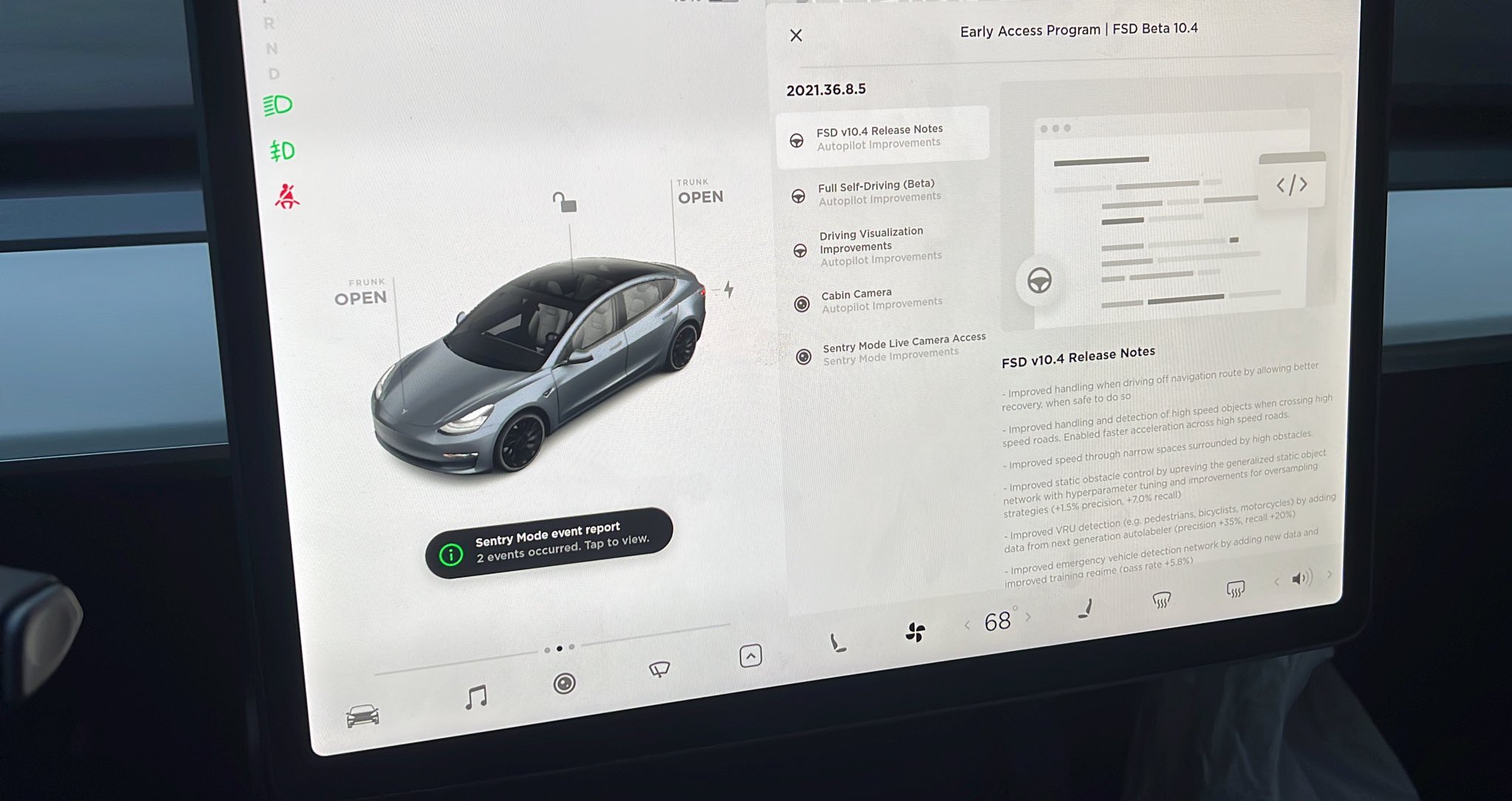 Tesla released FSD Beta 10.4 this weekend. The latest FSD Beta release included improved emergency vehicle detection, which has caused tension between Tesla and the National Highway Traffic Safety Administration (NHTSA) in the past. As could be seen v10.4’s Release Notes, however, it appears that Tesla really worked on increasing its driver-assist system’s safety with the recent update.

Below are the specific FSD V10.4 improvements that Tesla reported in its Release Notes.

One of the most notable updates in FSD v10.4 would probably be improvements to the emergency vehicle detection network. The improvement has drawn attention because of the NHTSA’s involvement in the feature’s release. The agency initiated a probe into Tesla Autopilot a few months ago, looking into accidents that reportedly involved the software. As the probe continued, Tesla released a free over-the-air update improving Autopilot’s capability to detect and respond to stationary emergency vehicles.

The NHTSA criticized the update, asking why Tesla didn’t initiate a safety-related recall instead as per the agency’s protocols. However, Tesla did not release the update as a response to a defect. The emergency vehicle detection update seemed to be more of a proactive move on Tesla’s part.

Recently, FSD Beta’s emergency vehicle detection was put to work when a Tesla driver passed a police vehicle on the road. According to the Model 3 owner, FSD Beta detected the police cruiser pulled over at the side of the road and avoided the vehicle, giving the cop room on the road. His vehicle then safely merged back into the lane with a turn signal after giving the cop car ample space.

Watch another demo of FSD Beta 10.4’s capabilities in the video below.