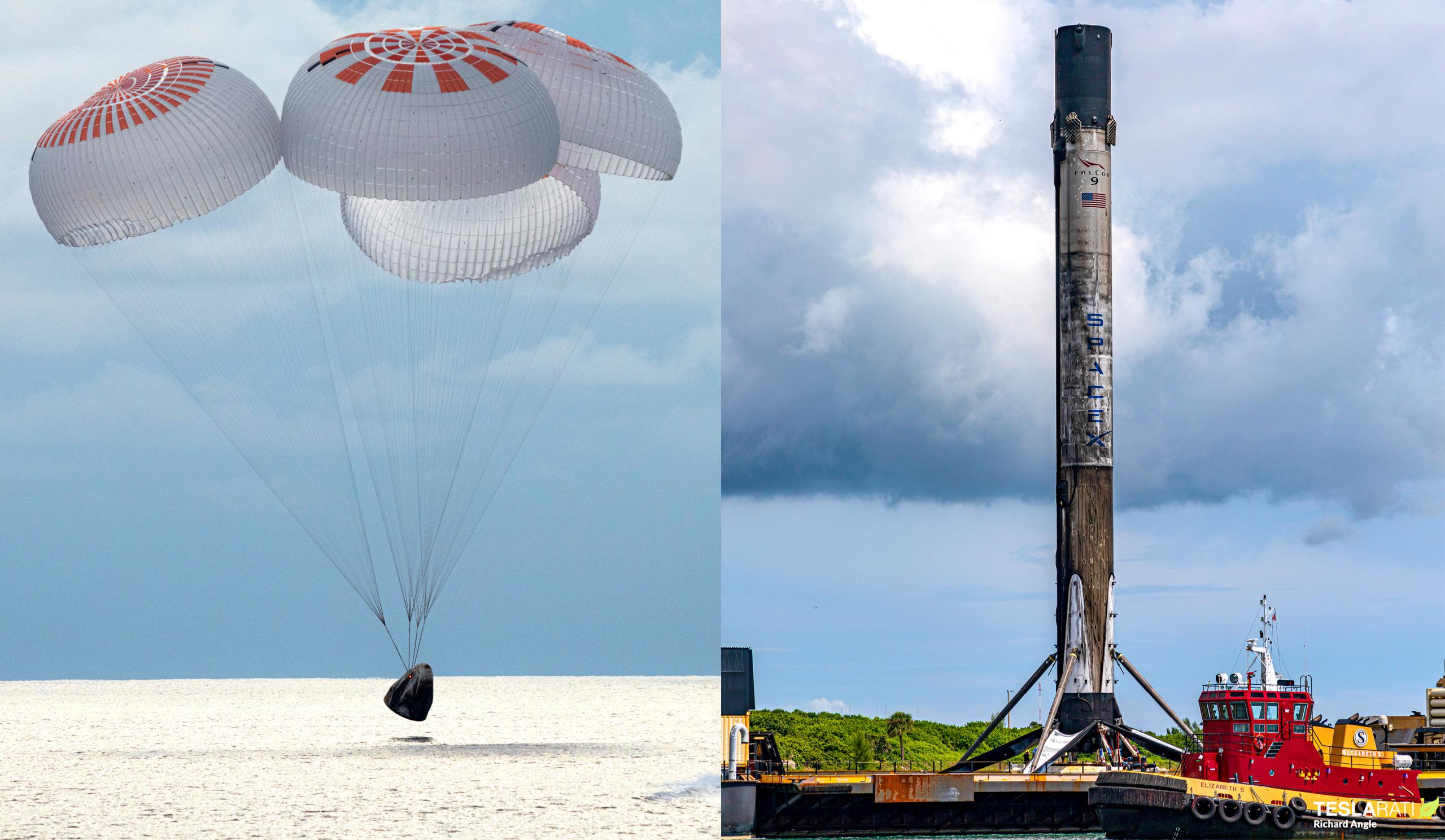 Simultaneously, thanks to a decently executed media strategy, a well-received Netflix documentary, and the spectacular overall success of the Inspiration4 launch, a senior SpaceX engineer and manager says that the company is seeing a major influx in new demand from the ultrawealthy for more private free-flyer missions to orbit. In fact, the amount of interest is so significant that SpaceX may even consider building one or more Dragon spacecraft that would be solely dedicated to private astronaut missions.

Around 8:03pm EDT on Wednesday, September 15th, a twice-flown SpaceX Falcon 9 booster and a new expendable upper stage flawlessly delivered a once-flown Crew Dragon spacecraft and the world’s first all-private crew of astronauts to orbit. As is now routine, Falcon 9 booster B1062 landed on a drone ship without issue, where a robot and human team secured the booster for transport back to Florida. On September 18th, after spending almost three days in orbit, reaching heights higher than any private astronauts have ever experienced, and enjoying the first flight of the world’s largest window in space, Crew Dragon lowered its orbit and completed its fourth successful orbital reentry, descent, and splashdown.

In a post-splashdown press conference, after plenty of congratulations, SpaceX Director of Dragon Mission Management Benji Reed revealed that Inspiration4 appears to have inspired a dramatic uptick in the amount of interest the company’s private spaceflight sales and marketing teams are experiencing. More specifically, Inspiration4 has effectively proven that free-flyer missions in a spacecraft as small as Crew Dragon are not only doable – but potentially enjoyable, too.

As a result, SpaceX is suddenly seeing far more interest in similar free-flyer missions. While not nearly as extensive as one or two-week-long private missions to the International Space Station (ISS), of which SpaceX already has several under contract, free-flyer missions are both substantially cheaper (likely >$25M) and a magnitude easier to coordinate. Due to a combination of apparently poor planning on NASA’s part and a years-old SpaceX launch failure in 2015, the ISS only has two docking ports available to US crewed spacecraft – one of which is likely to be almost permanently occupied for the indefinite future. That lone free port is the only place SpaceX’s new Cargo Dragon 2 spacecraft can dock and must also host a second Crew Dragon (or Boeing Starliner, eventually) every ~6 months during crew hand-offs.

That ultimately means that the slots for additional crew or cargo spacecraft in need of those specific docking ports are incredibly few and far between, while the few that do exist are fickle at best given the high probability of minor launch delays when planning missions months or even years in advance. Put simply, if SpaceX’s prospective private spaceflight customers are interested enough in free-flyer missions to overlook the tradeoffs, it would allow the company to fly private astronauts far more easily, frequently, and cheaply.

Thanks in large part to reusability, which also made Inspiration4 possible anywhere close to the timeframe it actually happened in, private orbital spaceflight could also become far more accessible than it’s ever been as SpaceX gains experience and confidence in Crew Dragon reuse. Prior to Inspiration4, a total of seven private citizens (all extremely wealthy) were able to pay approximately $30M in 2021 dollars to launch to the ISS in a Russian Soyuz spacecraft and spent around two weeks in orbit. Using a flight-proven Dragon capsule and Falcon 9 booster, it’s entirely possible that SpaceX could eventually sell free-flyer missions for as little as $15-20M per seat – and possibly even less – while still ensuring a small profit.

For now, according to Eric Berger and SpaceX customer Axiom Space, that price is closer to ~$40M per free-flyer seat and $55M for a seat on a ~10-day Axiom mission to and from the ISS. It’s quite likely that with those prices, SpaceX’s profit margins on four-person private astronaut launches approach 50%, if not more.