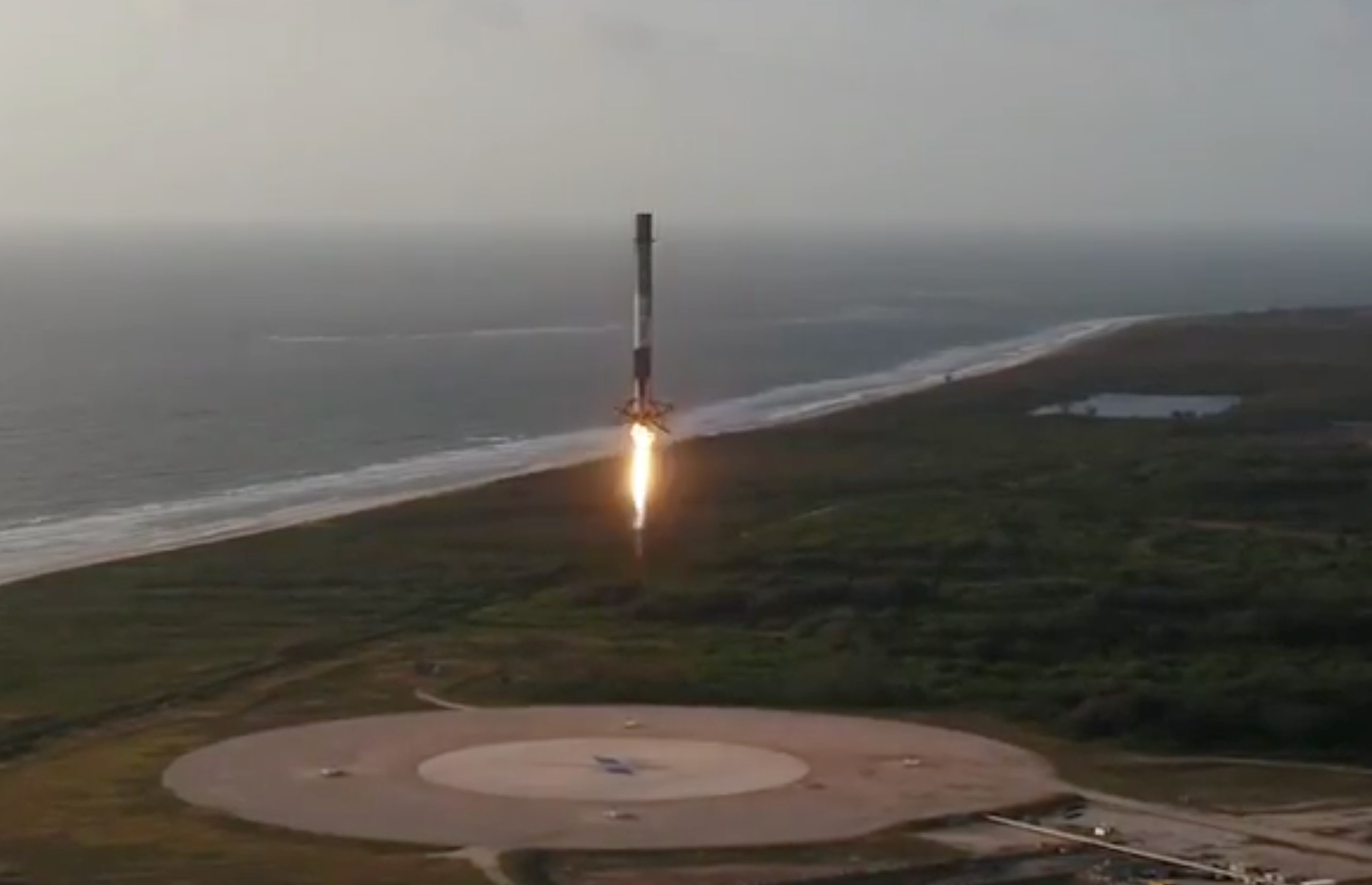 After a 24 hour delay due to a sensor failure Sunday morning, SpaceX successfully launched its first US spy satellite for the National Reconnaissance Office — NROL 76 — at 7:15 am EDT from launch pad 39A at Kennedy Space Center. Following first stage separation about 2 minutes and 48 seconds after liftoff, the live webcast was interrupted due to the classified nature of the payload. But shortly thereafter, the company announced the payload shroud had detached as planned, the final step necessary to deliver the satellite successfully into orbit.

At that point, all eyes focused on the flight of the Falcon 9 first stage rocket back to Kennedy Space Center where it was scheduled to land at Landing Zone 1. Onboard cameras let viewers watch as the Falcon 9 first stage descended through the clouds on its way back to earth, It slowed from a speed of more than 1,000 meters per second before coming to a complete stop right in the center of the 300 foot in diameter landing pad.

Chief Elon Musk posted an Instagram video showing a close-up of the impressive rocket sequence before touching down on land.

Close-up of rocket stage separation, fast flip, boostback burn in a ring of fire and then landing burn

Today’s mission marks the fourth time that SpaceX has successfully recovered the first stage of a Falcon 9 rocket at Landing Zone 1 and tenth self-landing since its historic flight in December of 2015. Back in March, SpaceX made history once again by successfully launching and landing a refurbished rocket that was previously flown. In a rare appearance on the live webcast at the time, Chief Elon Musk addressed viewers with an inspirational remark, saying “It’s an amazing day for space [and] as a whole for the space industry.” He would add, “This is ultimately going to be a huge revolution in space flight”.

During a TED talk in 2013, Elon Musk said in speaking about SpaceX’s goals, “It’s the first re-flight of an old booster where that re-flight is relevant,” Musk says. “Reusability is only relevant if it is rapid and complete, like an aircraft or a car … You don’t send your aircraft into Boeing in between flights.” Musk’s goal is to lower the turn around time from flight to reuse to 24 hours or less.

The success of today’s launch could be a key factor in securing more contracts from the US government — a vital part of the he company’s growth plans.