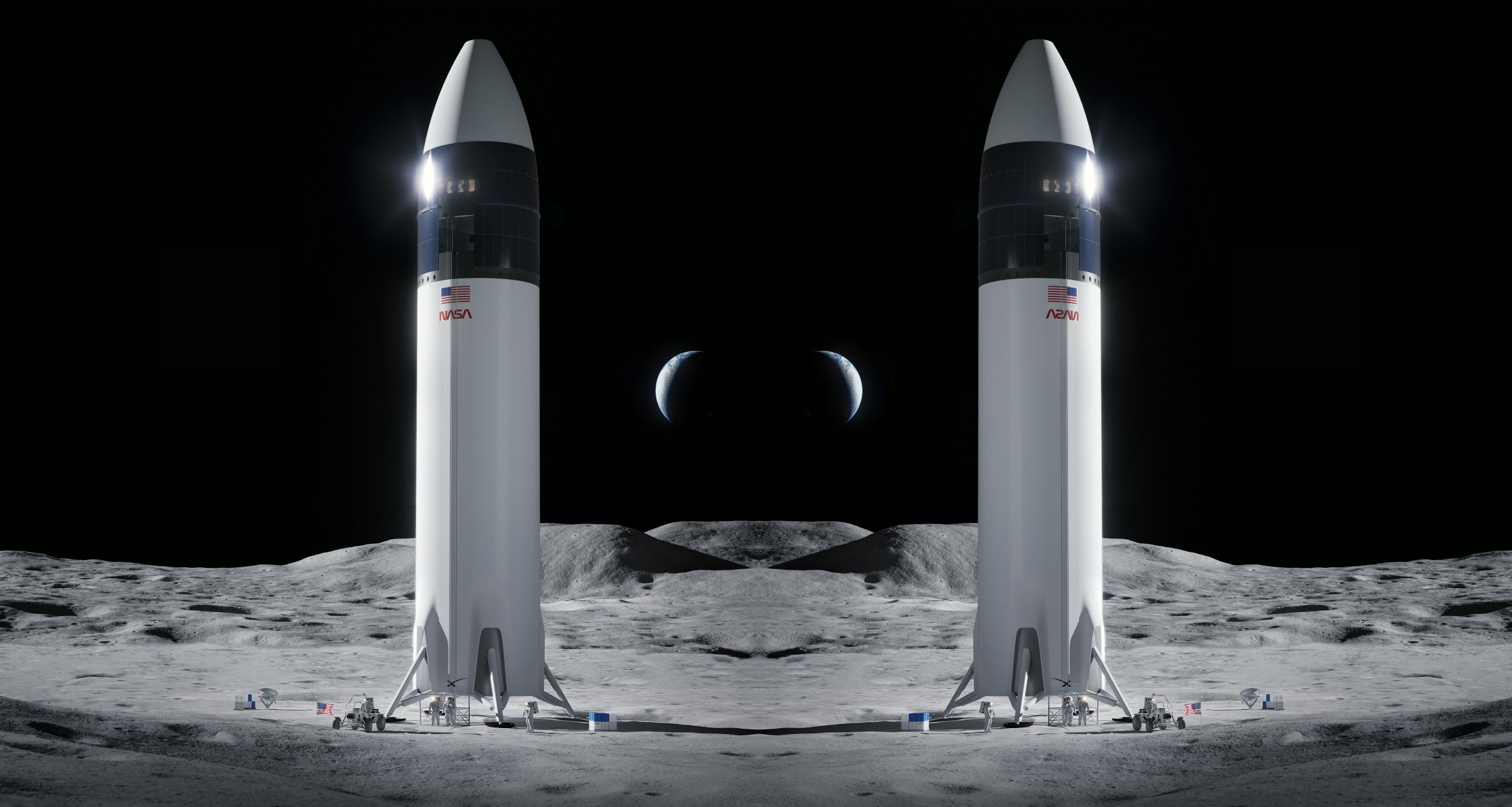 Around eight months after announcing its intention to do so, NASA has awarded SpaceX a contract for a second crewed Starship Moon landing as early as 2027.

Known as Option B, NASA has exercised a baked-in right to modify its Human Landing System (HLS) Option A contract with SpaceX – signed in April 2021 – to extract even more value from investments into the program. In addition to an uncrewed Starship Moon landing planned no earlier than (NET) 2024 and a crewed demonstration that could land two NASA astronauts on the Moon as early as 2025, NASA’s contract modification gives SpaceX the approval and resources it needs to prepare for a second crewed Starship Moon landing.

On top of securing NASA’s Artemis IV mission astronauts a ride to the lunar surface, the Option B contract will also allow SpaceX and NASA to pursue and demonstrate upgrades that will make Starship an even more capable and cost-effective Moon lander.

Update: NASA says that the Option B modification will cost $1.15 billion, raising the maximum value of SpaceX’s HLS contract to approximately $4.2 billion.

But as of November 2022, NASA has thankfully abandoned plans to intentionally allow a gap between Moon landings. SpaceX’s Starship is now on contract to support back-to-back crewed Moon landings NET 2025 and 2027 as part of NASA’s Artemis III and Artemis IV missions. It’s unclear how or why NASA was able to make that change, but it’s a definite improvement over the alternative.

Additionally, NASA will work with SpaceX to debut new capabilities and improvements on Starship’s second crewed Moon landing. While the Artemis III landing will be about as barebones as possible, the Artemis IV Starship will be upgraded with the ability to transport more NASA astronauts (four instead of just two) and more cargo to the lunar surface. It’s not entirely clear, but NASA reportedly wants to land just ~180 kilograms (~400 lb) of cargo with the first crewed Starship, a vehicle likely capable of landing dozens of tons of cargo in addition to several astronauts. NASA hopes that future “sustainable” lander missions, a category that Starship’s Option B landing may or may not fall under, will transport up to one ton (~2200 lb) of cargo to and from the lunar surface.

Finally, the Artemis IV Starship will also be able to dock with NASA’s Lunar Gateway. Gateway is a small deep space station that will be located in a strange, high lunar orbit. It exists almost exclusively to give NASA’s Space Launch System (SLS) rocket and Orion crew capsule a destination they can both reach. The Orion capsule is almost twice as heavy as its Apollo counterpart and its European Service Module (ESM) offers less than half the performance of NASA’s retired Apollo Service Module. Combined, Orion is physically incapable of transporting itself (or astronauts) to the simpler low lunar orbits used by the Apollo Program.

Instead, NASA’s new Moon lander(s) have to pick up Orion’s slack. Starship will be responsible for picking up astronauts in a lunar near-rectilinear halo orbit (NRHO), transporting them to low lunar orbit, and returning them to NRHO in addition to landing on the Moon, spending a week on the surface, and launching back into lunar orbit.

Until it’s modestly upgraded in the late 2020s or 2030s, Gateway will be equally underwhelming. In fact, that’s part of the reason that Starship docking with the Gateway is in any way significant. SpaceX and NASA have decades of expertise docking and berthing spacecraft with space stations. But those spacecraft are typically smaller and lighter than the stations they were joining. Even after the Gateway is fully outfitted with a range of international modules, Starship will likely weigh several times more than the tiny station, making docking even more challenging than it already is.

Starship’s Moon lander variant could also have a cabin with hundreds of cubic meters of habitable space, while the Gateway is unlikely to ever have more than a few dozen. Having a Starship docked would thus immediately make the ultra-cramped station far more livable.

NASA says Artemis IV and the second crew Starship Moon landing will occur as early as 2027. But a ‘space prophet’ who predicted in 2017 that NASA’s SLS launch debut would slip from 2019 to “around 2023” and forecasted that SpaceX alone would win NASA’s Moon lander contract recently told Ars Technica’s Eric Berger that Artemis III, the mission before Artemis IV, is unlikely to launch before 2028. At the time, that source’s predictions verged on blasphemy, but they’ve ultimately proven to be eerily accurate. Only time will tell if their third ‘prophecy’ follows the same path.