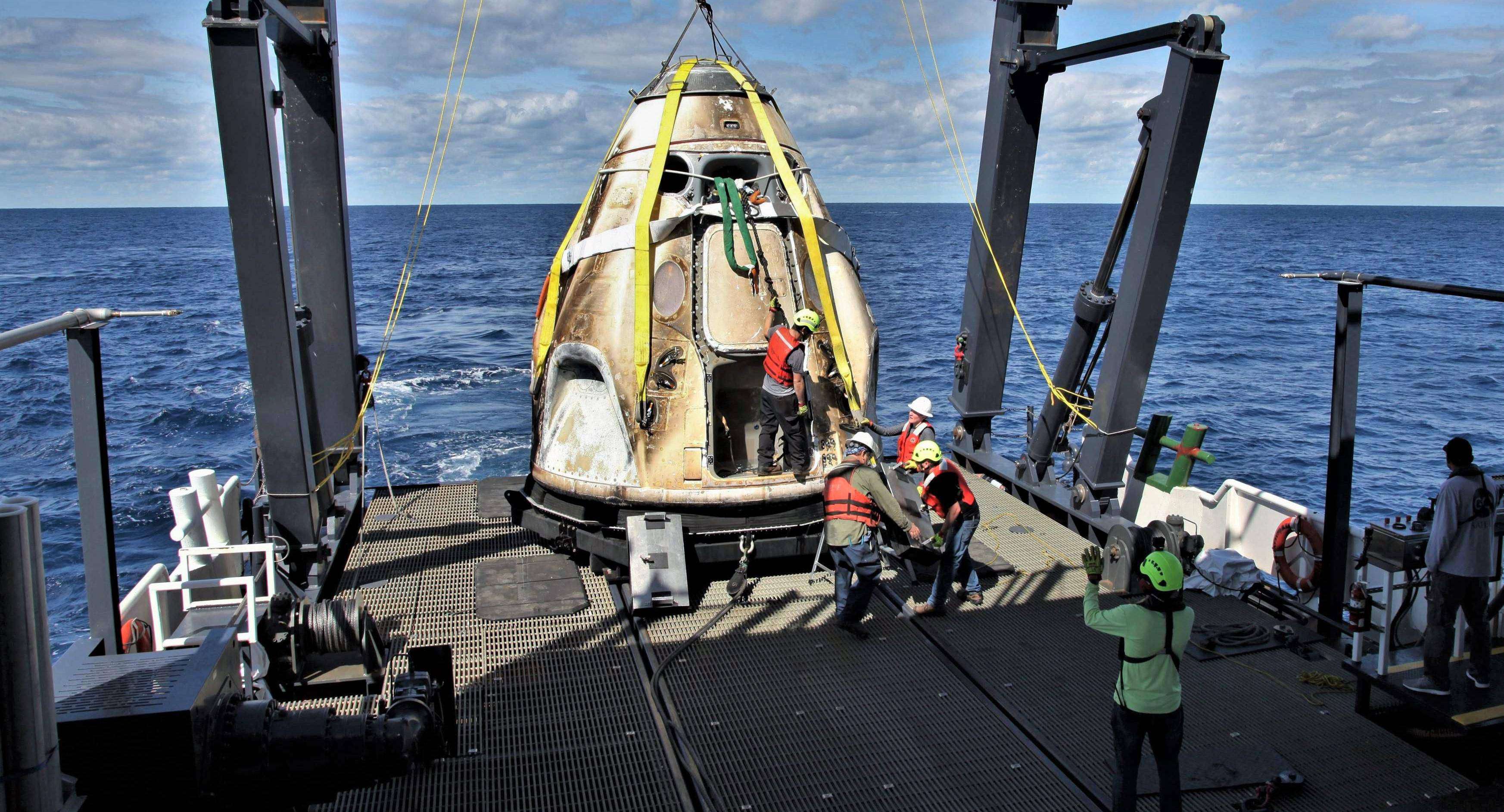 Over the course of Crew Dragon’s ‘Demo-1’ orbital launch debut, SpaceX and NASA coordinated in a multitude of ways to ensure mission success, including cooperative webcasts that covered nearly all of the spacecraft’s major milestones.

The Crew Dragon Demo-1 mission was a huge step forward for NASA’s Commercial Crew Program (CCP), a public-private partnership between NASA and companies SpaceX and Boeing to build and operate human-rated spacecraft. As the first orbital mission under the CCP umbrella, it successfully demonstrated the viability of NASA and SpaceX’s collaborative approach to fielding a human-rated spacecraft – in this case, an uncrewed Crew Dragon.

The SpaceX-built spacecraft successfully launched atop Falcon 9, rendezvoused and docked with the International Space Station (ISS), hosted a few visits from on-orbit NASA. ESA, and Roscosmos astronauts, and safely reentered Earth’s atmosphere for a soft-landing in the Atlantic Ocean.

NASA and SpaceX teamed up to broadcast the launch, docking, and landing procedures live on YouTube and NASA TV, on top of traditional media on platforms like Twitter, Instagram, and Facebook. NASA explained in a press release that “the nomination is a result of years of preparation for the historic launch and multiple live broadcasts from NASA and SpaceX facilities across the country during each phase of the Crew Dragon’s mission to the International Space Station and its stunning return to Earth. Throughout NASA’s coverage, the agency and SpaceX engaged social media users around the world and at local social media influencer gatherings at NASA’s Kennedy Space Center in Florida.”

SpaceX engineer and broadcast representative – or as she referred to herself, a “talking head that gets to share our science with the world” – Kate Tice used Instagram to express her gratitude for central role in recommunications team and direct the spotlight to NASA astronauts Col. Bob Behnken and Col. Doug Hurley, both of which will fly aboard the first crewed Crew Dragon flight sometime next year.

Several NASA team members – including spokesperson Dan Hout, Administrator Jim Bridenstine, and Communications Director Bettina Inclan – took to Twitter to celebrate the Agency’s win. Bridenstine congratulated all those involved with the “@SpaceX Demo-1 flight, which put us one step closer to our goal of launching @NASA_Astronauts from American soil.”

NASA says that, “selected Creative Arts Emmys will be shown as part of the live 71st Primetime Emmys broadcast on Sept. 22, which will air on Fox at 8 p.m. EDT.”