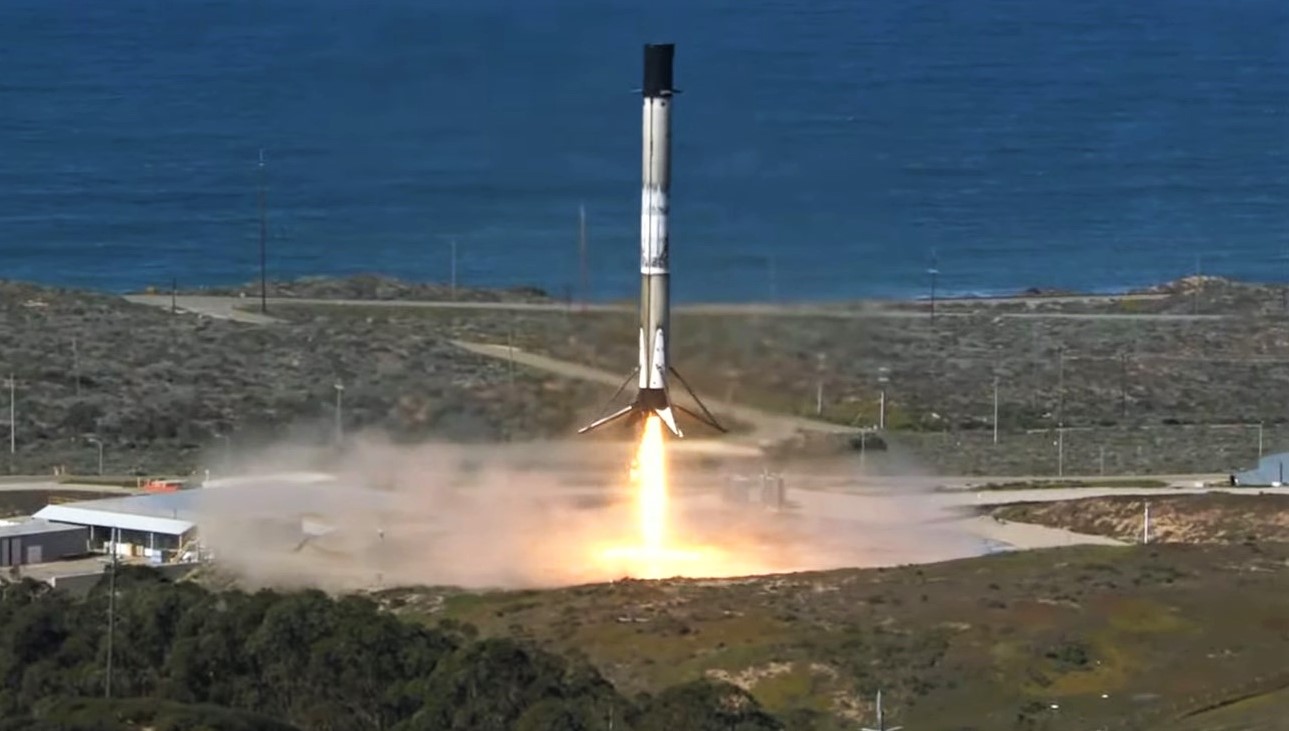 Update: The NRO has confirmed that SpaceX’s NROL-87 launch was a success.

Unfortunately, due to the secretive nature of NRO launches, the only possible confirmation that Falcon 9’s NROL-87 launch was fully successful, will likely come from a comment from the NRO and even that isn’t guaranteed. Nonetheless, all visible aspects of the launch – and what SpaceX was able to broadcast – appeared to be nominal. Falcon 9 booster B1071 – flying for the first time – performed well and lifted off at 12:28 pm PST (20:28 UTC), separated from the upper stage around three minutes later, flipped around to boost back to the California coast, and ultimately touched down less than 1500 feet west of the launch pad a little over eight minutes after liftoff.

According to SpaceX and the NRO, B1071 had already been tentatively assigned to support two NRO missions – likely NROL-87 and NROL-85 – before its first launch. That made a successful landing even more important, which the Falcon 9 first stage thankfully completed with ease. NROL-87’s completion leaves two more (public) NRO launches on SpaceX’s launch manifest: NROL-85 and NROL-69. NROL-85 could launch as early as 2022 and, as a result, is likely the unspecified mission that’s expected to reuse B1071.

NROL-85 is believed to be a pair of Intruder signals intelligence (SIGINT) surveillance satellites primarily designed to spy on the radio communications of naval vessels. Unlike NROL-87, which hasn’t been identified and launched from SpaceX’s California pad, NROL-85 is expected to launch from one of SpaceX’s Florida pads. The US military awarded the contracts – alongside a Falcon Heavy mission – in February 2019 for $297M, likely meaning that SpaceX is launching NROL-85 and -87 for about $70-80M each. No official target date is known for NROL-85, meaning that it could feasibly launch anytime from April or May to December 2022.

Up next, SpaceX is scheduled to launch Starlink 4-7 – carrying another batch of 49 Starlink V1.5 satellites – no earlier than 1:13 pm EST (18:13 UTC), Thursday, February 3rd. Starlink 4-7 will be Falcon 9 booster B1061’s sixth launch and the mission will also mark a new reusability record for Falcon fairing halves, with one half attempting its sixth spaceflight.