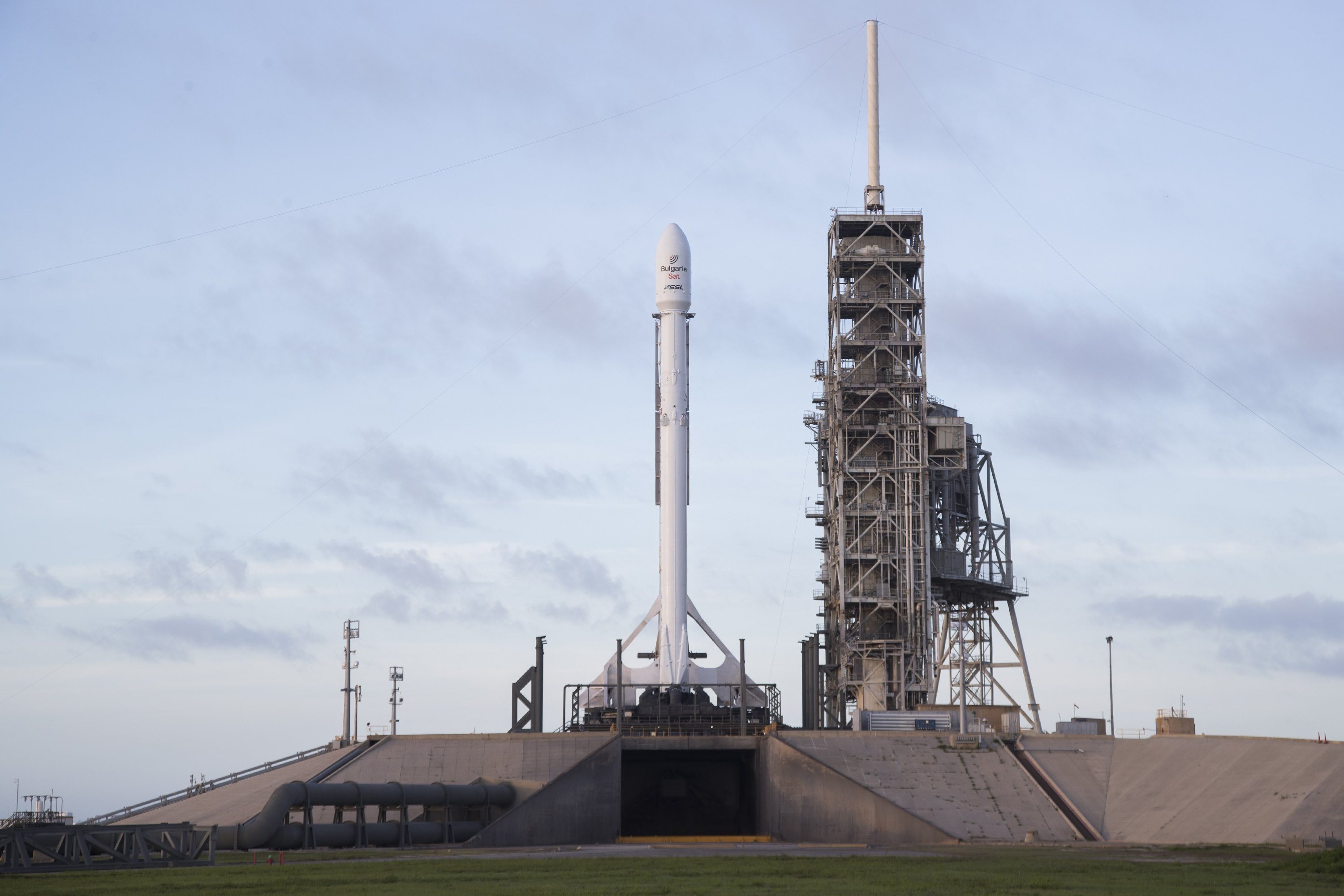 Falcon 9 Core 1029 is now vertical with the BulgariaSat-1 payload at Launch Pad 39A, and the vehicle is deep into preparations for a launch now planned to occur around 12:10pm PST, 3:10pm EST. Launch was delayed an hour earlier this morning for additional ground system checks, but the vehicle and payload are in good health and ready for launch.

Elon Musk noted an hour before launch that the attempted recovery of the first stage will result in the vehicle experiencing the fastest reentry and the most atmospheric heating yet, with Musk himself stating that there was a good chance that the booster would not survive.

With that booster having already flown once before earlier this year, this launch will mark the second reuse of a recovered Falcon 9 first stage. Not only will this be a historic accomplishment if successful, but the chief executive officer of BulgariaSat, Maxim Zuyakov, just yesterday said that the existence of the BulgariaSat-1 project itself was made possible by the affordable launch prices SpaceX offered the company. Zuyakov also expressed confidence that SpaceX’s project of reusability would lead to even more affordable launch pricing.

BulgariaSat-1 was based upon a highly reliable satellite bus and designed and manufactured by Space Systems Lorral, a Palo Alto, California-based company. The satellite is expected to expand Bulsatcom’s European television coverage and allow the company to improve service within Bulgaria. Estimated to weigh approximately 4,000 kilograms, SpaceX will insert the satellite into a geostationary transfer orbit and the satellite will use its own onboard engines to complete its orbital insertion.

As always, SpaceX will offer live coverage of this launch, which I highly recommend launching. Coverage starts fifteen minutes before the launch. Catch it right here or at spacex.com/webcast.