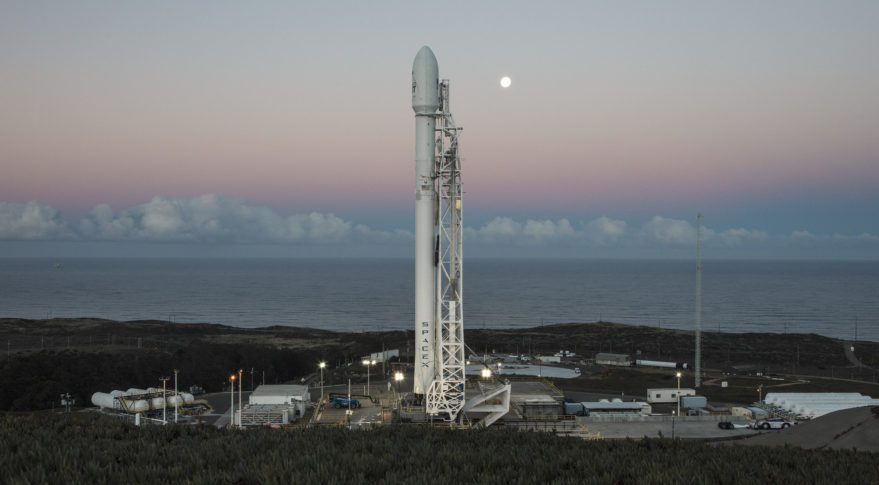 Satellite service provider Iridium announced that its next flight aboard SpaceX’s Falcon 9  has been pushed up from June 29th to June 25th, after a new opening emerged at Vandenberg Air Force Base. The next Iridium launch is scheduled for June 25 at 1:24:59 p.m. local time (4:24:59 p.m. EDT).

The sudden jump-forward in the launch schedule by four days, just weeks ahead of the launch, shows SpaceX’s aggressive push to embark on a more frequent launch schedule. The Elon Musk-led space company has three launches scheduled for June and four in July.

The more frequent and drastic increase in schedule was made possible by the work the SpaceX team has done to recover its first stage Falcon 9 booster, test and validate the integrity of the booster, before re-use. In addition to enabling regular launches, reusability has the potential to cut the cost of each launch in half from nearly $200 million to just below $100 million per launch.

Looking forward, SpaceX is already pushing the next technological feat in its program with the first Falcon Heavy launch tentatively scheduled for the fall. Falcon Heavy is SpaceX’s most powerful rocket to date and equivalent to three Falcon 9 Stage 1 boosters strapped together. The 27 Merlin engines will be used for carrying large payloads into space.

Falcon Heavy is this times three. One way or another, launch is guaranteed to be exciting … https://t.co/FPUNALj0Hd

Static fire testing of the individual boosters being used in the Falcon Heavy launch is already underway at the SpaceX facility in McGregor, Texas in preparation for the launch. Falcon 9 will also take advantage of reused first stage boosters such as the one being tested below which was used in the Thaicom 8 mission 1 year ago on May 27th, 2016.