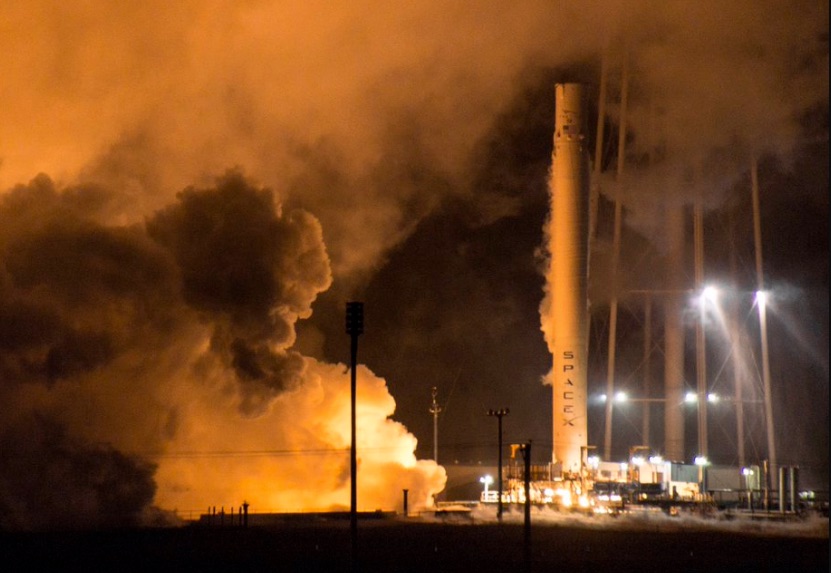 Although no major announcements from SpaceX regarding its upcoming February 14th and February 28th missions have been released, small details about the company’s progress have been picked up through social media and press inquiries as SpaceX fans count down to the next launches.

First up is the construction status of historic Launch Complex 39A, the pad that SpaceX has been renovating from its Apollo-era days. Upon completion, this pad will host the Falcon Heavy vehicle once development has completed along with all upcoming Falcon 9 Florida launches until other pads currently under construction become available. Some of the pad progress being made in preparation for launch has been tracked by fans and shared on social media.

Next are the reconstruction plans for Launch Complex 40 to repair the damage caused from the September 1, 2016 launch pad fire. SpaceX President Gwynne Shotwell confirmed in a recent Reuters article that this pad will be repaired for Falcon 9 use rather than refitted for Falcon Heavy. Shotwell quoted a $100 million dollar price tag to make a complete switch, an amount not justified given the 50% less cost estimate to only repair the damaged pad.

Other than rescheduling the mission ahead of the EchoStar 23 launch, SpaceX’s upcoming February 14, 2017 CRS-10 launch to the International Space Station (ISS) has not had any major updates (or rescheduling) published. The pre-launch static fire is tentatively scheduled for February 8th, and this will be the first SpaceX rocket to launch from pad 39A.

As an interesting note for fans, however, NASA included this launch in its NASA Social program wherein 50 social media communicators were selected to attend a two-day behind the scenes event. Per NASA’s web site, selected participants will have the opportunity to:

NASA opens events up to social media participants regularly, and past events have included other launches, the arrival of the Juno spacecraft at Jupiter, and behind the scenes opportunities during major discussion panels and announcements.

A Twitter search for tweets containing the @NASASocial handle will reveal several of the winners who chose to announce their acceptance into the February 14th SpaceX launch event. The hashtags #NASASocial and #Dragon will also be used.

SpaceX’s facility in McGregor, Texas has been busy testing the first stage core for re-use in the EchoStar 23 mission. Residents near the location who are active on unofficial SpaceX social media outlets aren’t shy to tell all about the tests as they hear them. Some residents even provide regular reports of the activity, including the number and length of the fires, and further speculate what else the company is up to.

SpaceX took to social media itself regarding these tests and published a photo of one on its Instagram account.

No News is Good News

As the dates move closer, the scheduling for the upcoming launches will likely adjust as many factors affecting them are still in the air. Weather is always a question, and the status of launch pad 39A is still unknown.

Despite the numerous, multi-front approach SpaceX is tackling to meet all of its launch and construction objectives, the company is still confident it will be able to meet its fast-paced launch schedule over the next year.