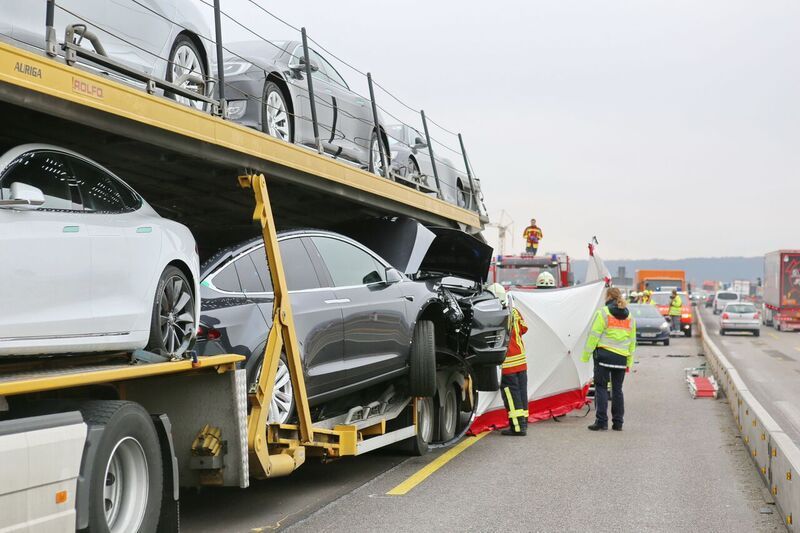 A 48-year old driver behind a semi-truck died Monday on the German Autobahn after colliding with a Tesla transporter full of Model S and Model X vehicles.

The tragic accident, which was reported by Sudwest Presse, took place shortly before noon local time. Two trucks drove in the same direction in the right lane of the A8 toward Munich. At the Merklingen junction, all traffic stopped, but a delivery truck in the traffic queue was not able to brake in time, sending the cabin of his truck directly into the rear of the Tesla transporter.

The shipment of Model S and Model X vehicles blocked the roadway for hours, with congestion reaching more than ten kilometers, or just over six miles. Several Tesla vehicles were destroyed, according to reports. Local police directed efforts to remove the Tesla fleet as it spread across the Autobahn roadway in order to provide vehicular access to the site. As the debris field was cleared, the Teslas were situated at the edge of the highway, away from emergency vehicles and personnel. The process to clear the roadway took until around 3.30 p.m., or several hours after the crash.

Property damage reports for the accident are about 720,000 euros, or roughly $775,000 U.S., which include the transporter and trailer in addition to the loss in Tesla vehicles. The closest Tesla facility is a Munich Tesla service center located at München-Feldkirchen, Hohenlindner Straße 48a.

The destroyed Teslas can be seen from images available through the German press. A Model S and a Model X are pictured at the end of the trailer.

All photos courtesy of Sudwest Presse. 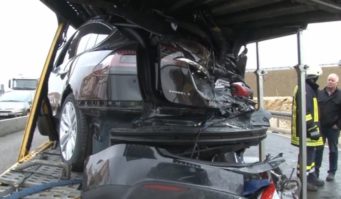 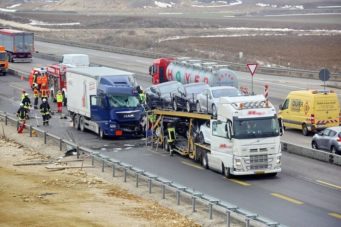 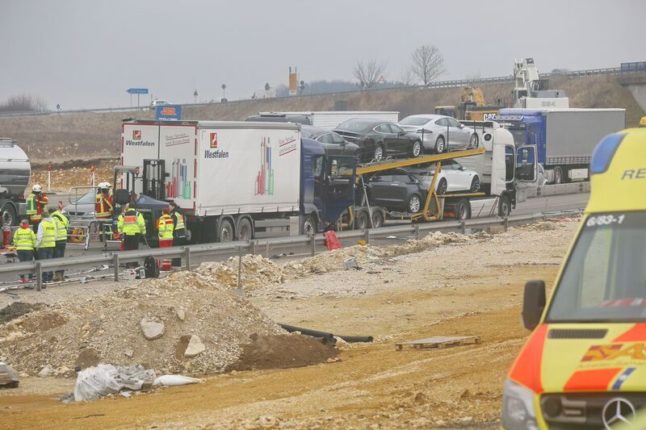 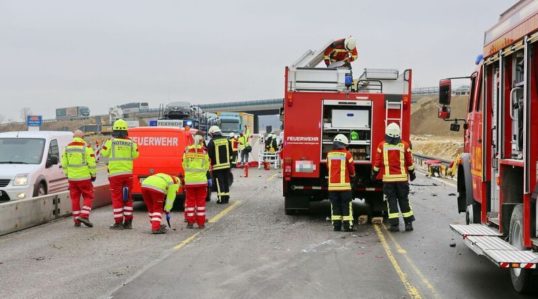 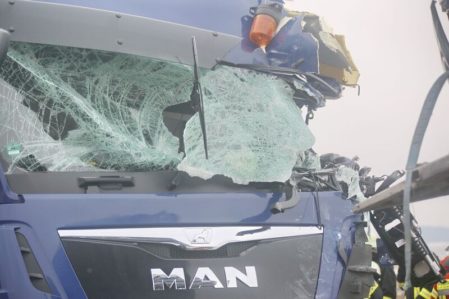 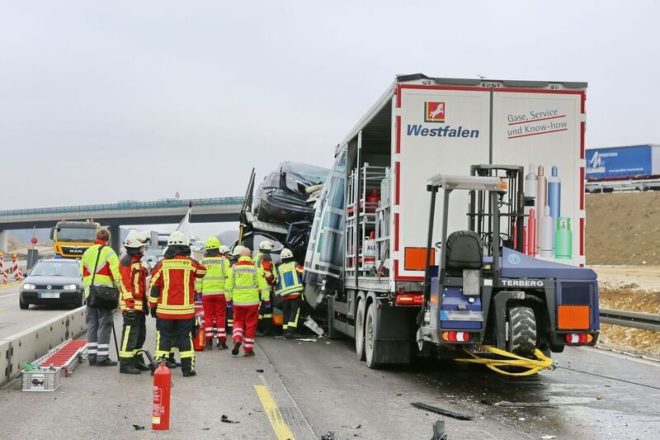 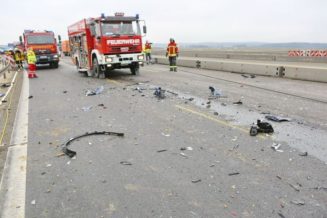 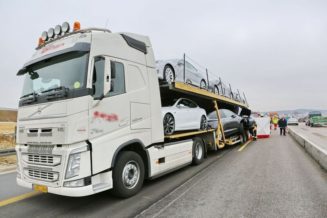