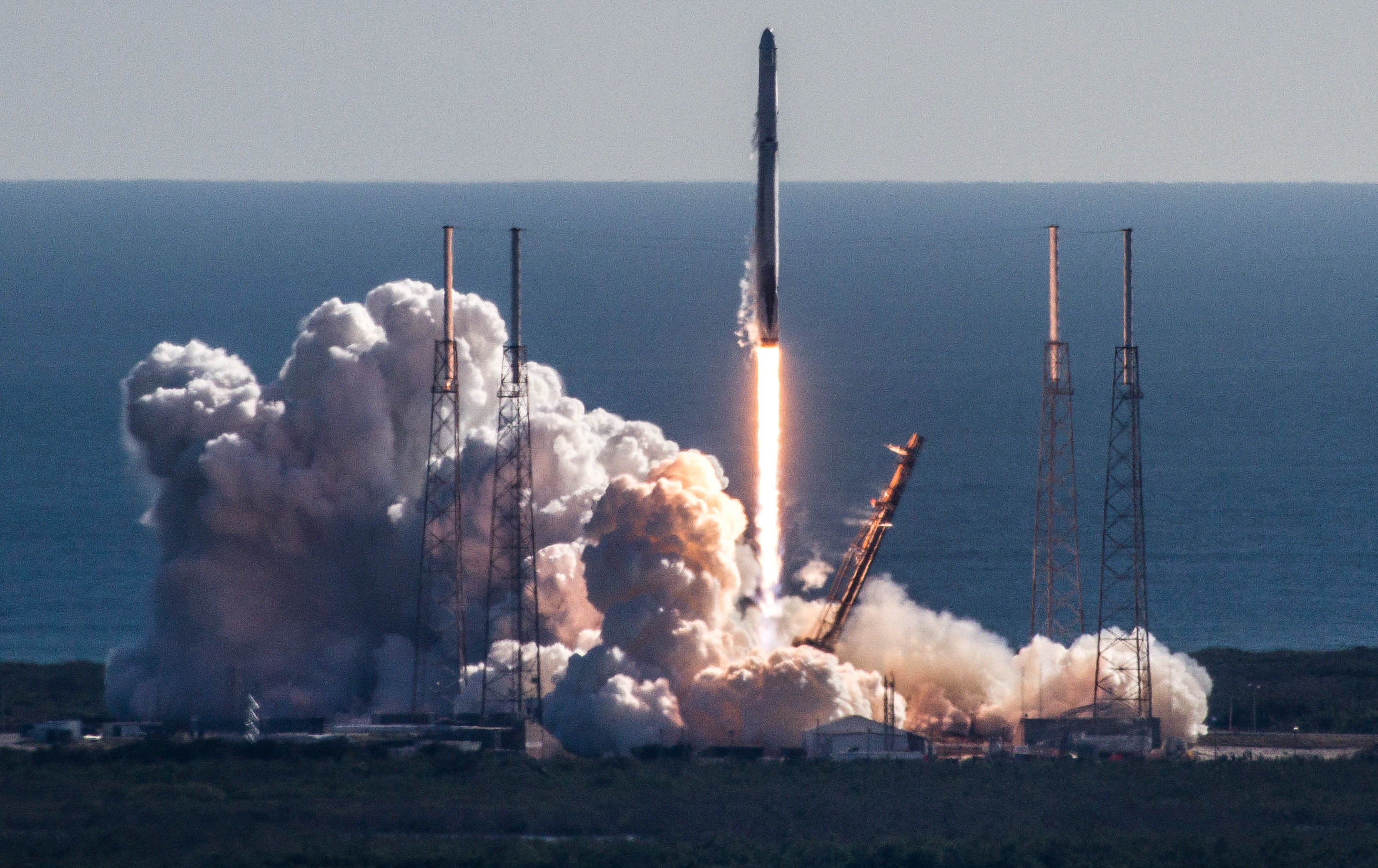 Set to be the nightcap of relatively slow January for SpaceX, the rocket company is nearing the end of preparations for the launch of a communications satellite co-owned by SES and the government of Luxembourg, known as GovSat-1/SES-16. Scheduled to lift off no earlier than 4:25PM EST (2125 GMT) on Tuesday, January 30, the launch will continue SES’ tradition of flying aboard reused SpaceX rockets, with the ~4000 kg communication satellite expected to be carried into orbit by Falcon 9 B1032 (Booster #32), a booster that first flew during the May 2017 launch of the National Reconnaissance Office’s (NRO) classified NROL-76 spacecraft.

A panorama of LC-40 ahead of its return to flight, the CRS-13 Cargo Dragon mission. The same pad will host GovSat-1 in just over 24 hours. (Tom Cross/Teslarati)

Following an incredible six flight-proven Falcon 9 launches in 2017, the very first year SpaceX began flying reused rockets, GovSat-1 will mark the first of many, many additional flight-proven launches to come in 2018. Even before the inaugural flights of the purpose-built, highly reusable Block 5 of Falcon 9, currently slated for sometime in the next several months, SpaceX is expected to conduct a flurry of flight-proven launches as it wears down its stock of soon-to-be-outdated rockets of the Block 3 and 4 varieties. Educated estimates place the number of reused launches at around five between February and April 2018, six if Falcon Heavy is included (both side boosters are flight-proven). A minimum of six more reused Falcon 9s are then expected to fly between May and the end of 2018, and this almost certainly does not account for the imminent introduction of Block 5.

It is reasonable to assume that the first successful flights of Falcon 9 Block 5 and first several manufactured cores will be followed only months later by a phase change towards reusability. This shift will likely see SpaceX move to a mode of operations that strongly encourages and subsidizes reused boosters as the default option for customers, with flights aboard new cores a comparatively rare alternative reserved only for unique holdouts like NASA, the USAF, and NRO.

Somewhat sadly, the inherent engineering limits of older versions of Falcon 9 and the imminent introduction of Block 5 mean that SpaceX has less and less of a need to recover flight proven boosters that have no hope of being cost-effectively refurbished and conducting additional flights. This attitude was highlighted with the fourth launch of ten Iridium NEXT satellites in late December 2017, which saw a flight-proven Falcon 9 conduct a controlled ocean ditch after separating from the second stage. While crew aboard at least one of SpaceX’s fleet of recovery vessels were tasked with attempting to recover any accessible floating debris after the first stage ditched into the ocean, it was very much intentionally expended, and SpaceX’s West coast drone ship never left port. GovSat-1 will see this intentional practice of expending recoverable boosters continue – Falcon 9 B1032 is also expected to ditch into the ocean, with no recovery attempt being made aboard the drone ship Of Course I Still Love You.

Nevertheless, SpaceX-leased recovery vessels GO Quest and GO Searcher were both seen leaving Port Canaveral, Florida yesterday, presumably in order to attempt the recovery of either floating debris from the first stage and/or the rocket’s payload fairing, a milestone that SpaceX is still striving to reach.

Follow along live as launch photographer Tom Cross and I cover these exciting proceedings as close to live as possible. Tom will be heading to Cape Canaveral Air Force Station early tomorrow morning in order to set up his remote cameras to capture yet another beautiful SpaceX launch.