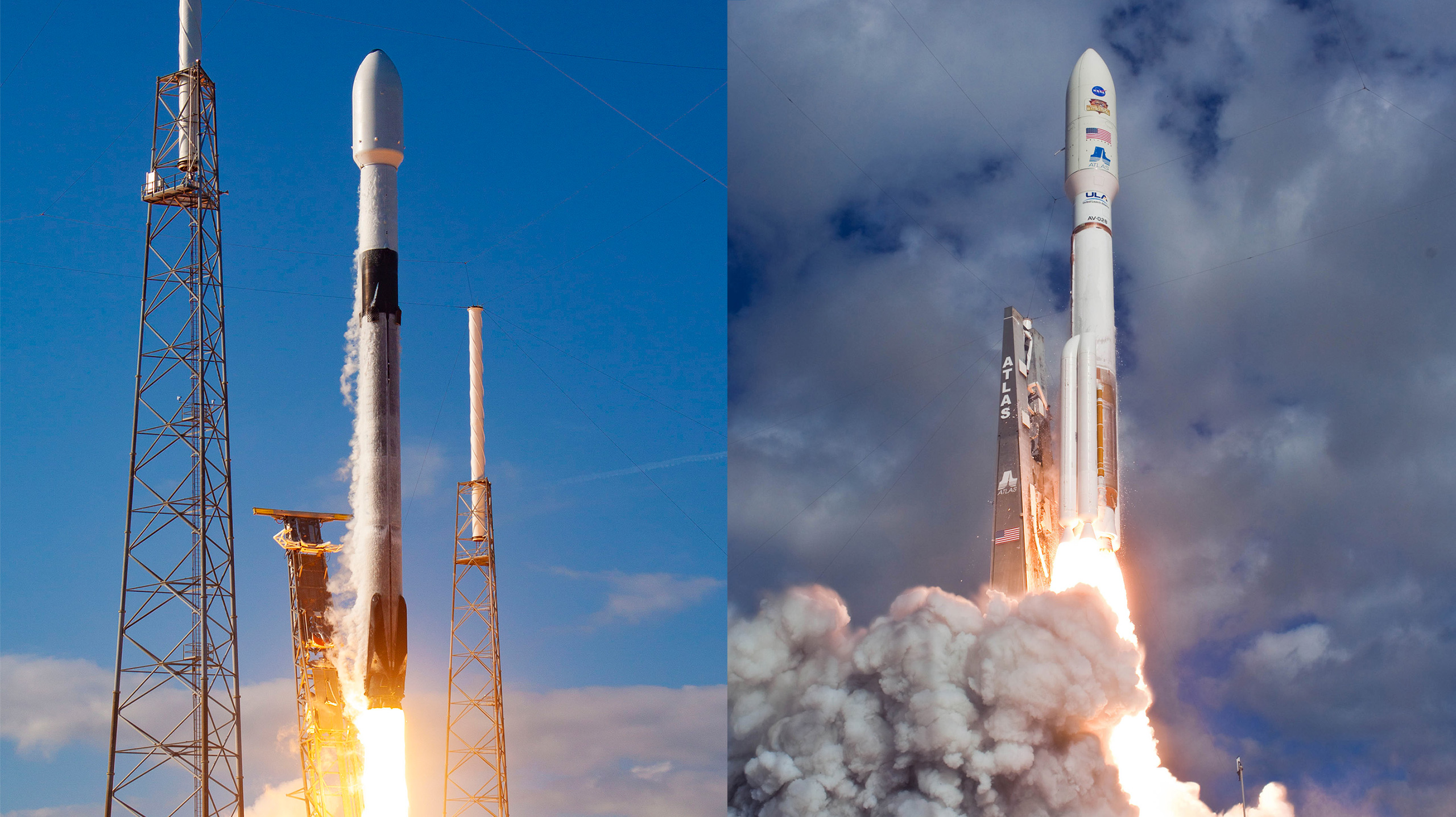 SpaceX could launch a batch of Starlink satellites less than a day before ULA is set to send a NASA Mars rover on its way to Mars. (SpaceX/ULA)

Update: SpaceX’s Starlink-9 mission has been delayed from July 29th to July 31st, meaning that it could launch less than 24 hours after NASA’s Mars 2020 instead of before it.

SpaceX’s 10th Starlink internet satellite mission could launch just a day before after a ULA Atlas V rocket is scheduled to send NASA’s Mars 2020 ‘Perseverance’ rover on its way to Mars.

Following a full month of launch delays for SpaceX’s Starlink-9 mission and a bit less than two weeks of delays for ULA’s launch of NASA’s next Mars exploration mission, both missions have converged on the same ~24-hour period. Set be the third time SpaceX launches a single Falcon 9 booster on five orbital-class missions, Falcon 9 B1051 is scheduled to launch 57 Starlink v1.0 satellites and two BlackSky Earth imaging spacecraft no earlier than (NET) 3:45 am EDT (07:45 UTC) on Friday, July 31st.

On July 8th, SpaceX got the closest yet to actually launching its tenth Starlink internet satellite mission but ultimately scrubbed just a handful of minutes before launch by stormy weather. Starlink-9 was later rescheduled to July 10th and then 11th but was indefinitely delayed shortly thereafter. Ironically, SpaceX was forced to steal Starlink-9’s Falcon 9 upper stage for use on the commercial ANASIS II satellite launch for South Korea after issues were discovered in the mission’s original hardware.

After a flight-ready upper stage already in Florida was presumably reassigned, SpaceX is once again ready to attempt to launch Starlink-9. In an unexpected twist, so long as the beleaguered mission can escape additional delays, the Starlink launch could come barely a day before the United Launch Alliance (ULA) is scheduled to send a NASA Mars rover on its way to the Red Planet. Currently scheduled to launch ~27 hours apart. If both missions avoid further delays, it would be one of the fastest back-to-back SpaceX-ULA launches ever, requiring close cooperation between both companies, NASA, and the US military’s 45th Space Wing.