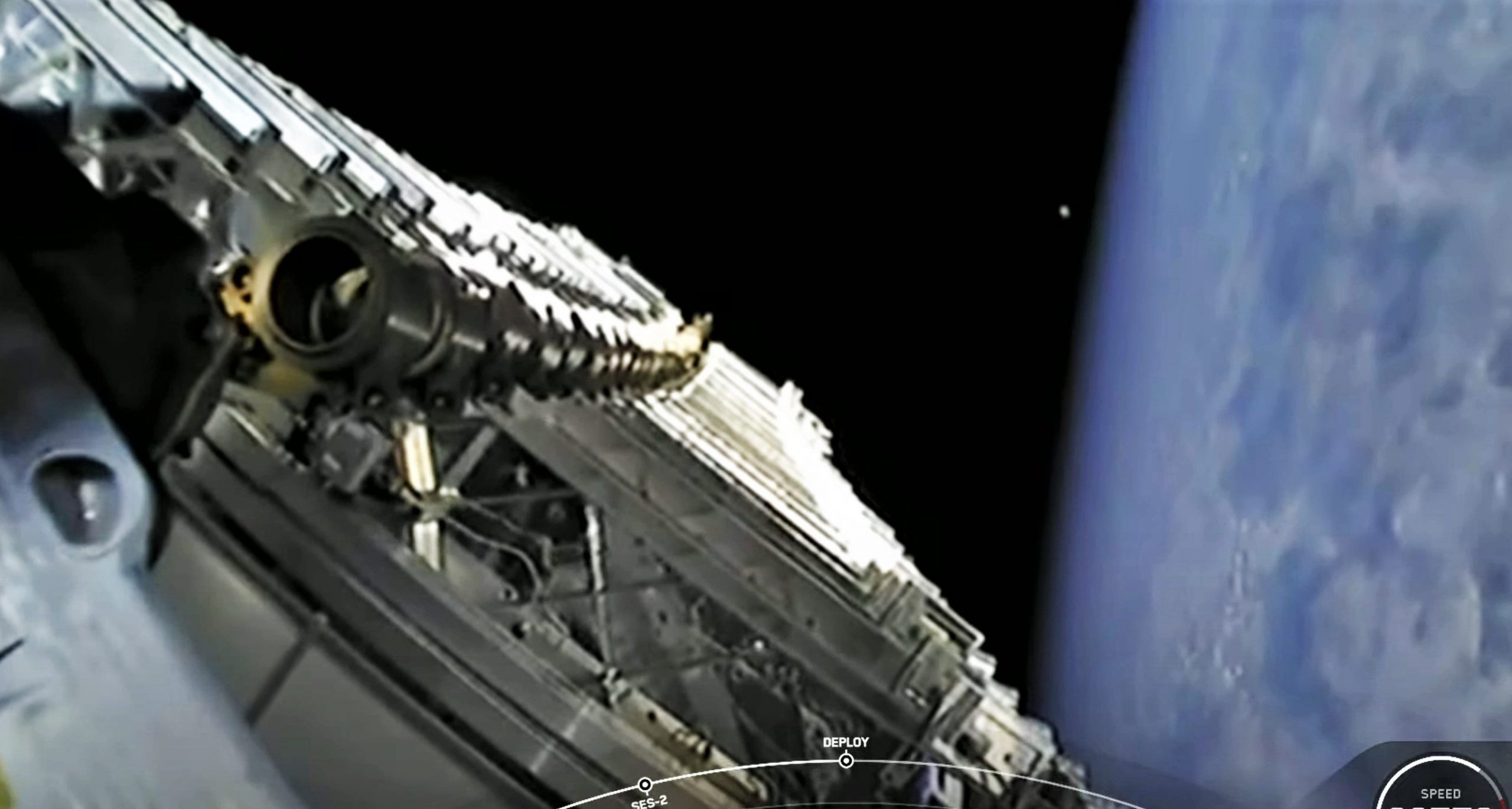 Under the hollow pretense of concern for the environment, Starlink satellite internet competitor ViaSat has asked the Federal Communication Commission (FCC) to force SpaceX to stop Starlink launches and threatened to take the matter to court if it doesn’t get its way.

A long-time satellite internet provider notorious for offering expensive, mediocre service with strict bandwidth restrictions, ViaSat has also been engaged in a years-long attempt to disrupt, slow down, and even kill SpaceX’s Starlink constellation by any means necessary. That includes fabricating nonsensical protests, petitioning the FCC dozens of times, and – most recently – threatening to sue the agency and federal government as the company becomes increasingly desperate.

The reason is simple: even compared to SpaceX’s finicky, often-unreliable Starlink Beta service, ViaSat’s satellite internet is almost insultingly bad. With a focus on serving the underserved and unserved, SpaceX’s Starlink beta users – many of which were already relying on ViaSat or HughesNet internet – have overwhelmingly described the differences as night and day.

In simple terms, if given the option, it’s extraordinarily unlikely that a single public ViaSat subscriber would choose the company’s internet over SpaceX’s Starlink. While Starlink currently requires subscribers to pay a substantial upfront cost – ~$500 – for the dish used to access the satellite network, ViaSat internet costs at least as much per month. Currently, new subscribers would pay a bare minimum of ~$113 per month for speeds up to 12 Mbps (akin to DSL) and an insultingly small 40GB data cap. For a 60GB cap and 25 Mbps, subscribers will pay more than $160 per month after a three-month promotion.

With a fixed cost of $99 per month, truly unlimited data, and uncapped speeds that vary from 50 to 200+ Mbps, any ViaSat “silver” subscriber would receive far better service by switching to Starlink and save enough money to pay off the $500 dish in less than a year. While Starlink is currently in beta and often unstable and unreliable as a result, users continue to notice major improvements in speeds and uptime as SpaceX works to continuously improve the network.

In the US, ViaSat has less than 600,000 household internet subscribers, all of which are almost certainly liable to switch to better alternatives. Short of local and state governments actually standing up for their citizens and forcing monopolistic ground-based internet service providers (ISPs) to fairly serve rural customers, Starlink is currently the only real hope for rural Americans who are tired of settling for second-class internet service.

ViaSat began its latest push to hamstring a looming competitor with regulation when it asked the FCC to perform an environmental review of Starlink’s impact last December. The FCC unsurprisingly failed to heed the company’s spurious, nakedly self-serving demands. Since then, the FCC approved a long-standing SpaceX request to modify its Starlink constellation by lowering thousands of satellites, thus improving service and drastically decreasing the debris risk posed by satellite failures, which would take a few years to reenter from 550 kilometers instead of decades for spacecraft orbiting at 1000+ kilometers.

To a very small extent, there are some real questions worth asking about the environmental impact of megaconstellations. A few recent studies have begun to do so, though it’s such a new field of inquiry that virtually nothing is known with any confidence. However, ViaSat is transparently disinterested in the actual environmental impact given that its petition for the FCC to immediately halt all Starlink launches focuses on Starlink alone and not competitor OneWeb – also in the process of launching satellites – or prospective constellations being developed by Telesat and Amazon.

What ViaSat actually wants is for the FCC to catastrophically hamstring Starlink, thus saving the profit-focused company from having to actually work to compete with an internet service provider that is all but guaranteed to capture most of its subscribers on an even playing field. Incredibly, ViaSat actually removes its greenwashing mask in the very same FCC request [PDF], stating that it “will suffer competitive injury” if Starlink is allowed to “compete directly with Viasat in the market for satellite broadband services.”