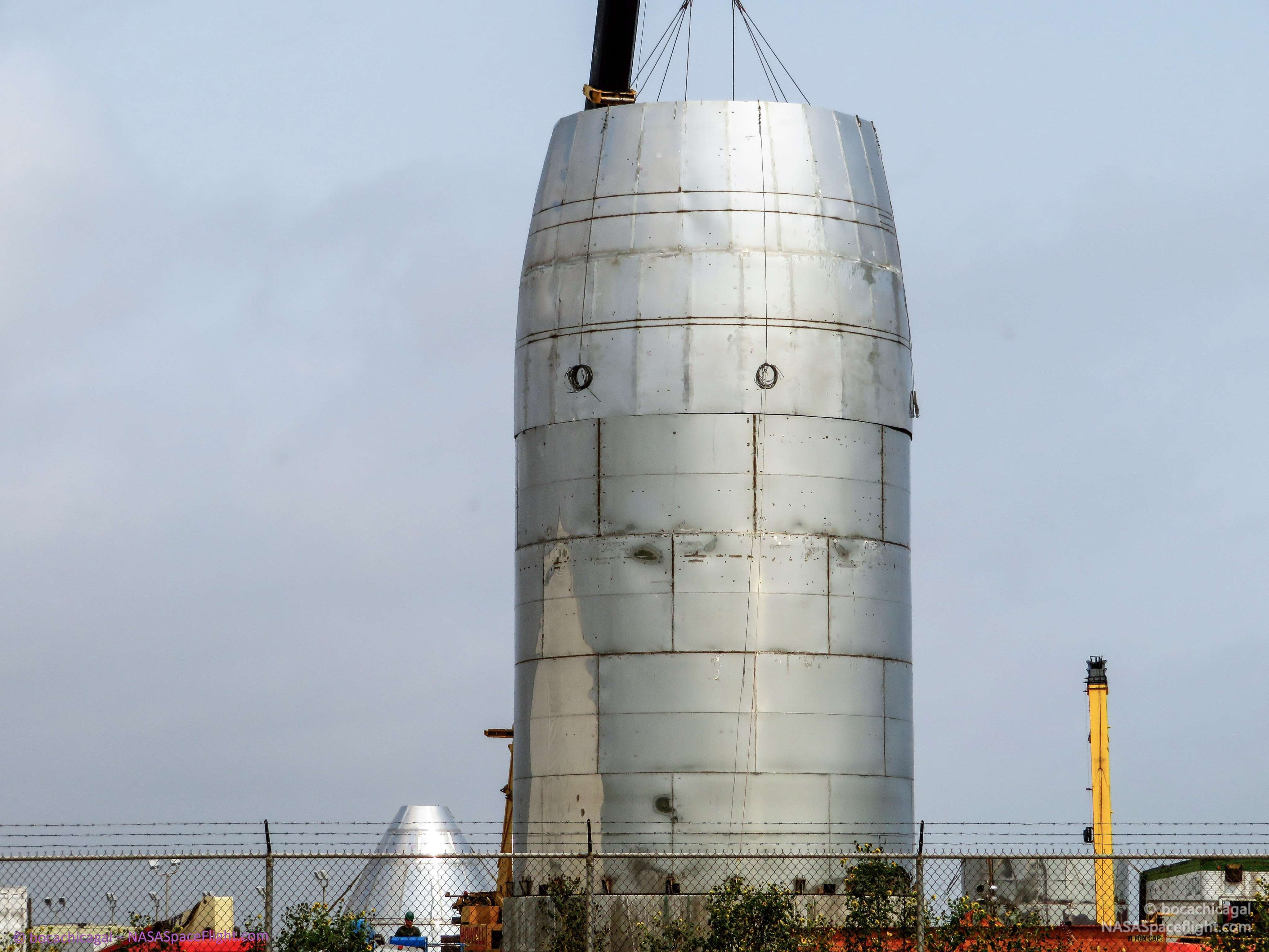 SpaceX CEO Elon Musk has confirmed that the company’s second orbital Starship prototype is already in the early stages of integration at a parallel Florida facility, piggybacking on ongoing work in South Texas.

SpaceX’s plans to simultaneously build Starship prototypes in Texas and Florida have been public for some time. However, photos taken by forum members of NASASpaceflight.com offer the first direct confirmation that hardware is already being assembled in Florida. Likely unique in the annals of full-scale heavy-lift rocket development, SpaceX’s strategy of building largely identical prototypes in separate locations – and with separate teams – could be an ingenious method of speeding up development.

Around the tail end of 2018, SpaceX began to rapidly expand its presence in Boca Chica, Texas and started building what would eventually become Starhopper. Effectively a testbed for SpaceX to gain experience building an operating rockets made out of steel, Starhopper is unlikely to ever move beyond low-speed, low-altitude hover tests.

The prototype exists as more of a flying testbed for SpaceX’s Raptor engine and its associated avionics and software, as well as an excellent opportunity to practice welding steel. Starhopper performed its first two hop tests in the first week of April and is expected to begin its second round of powered flights as early as late May.

In March 2019, SpaceX’s Boca Chica team began to assemble and weld together much thinner sheets of stainless steel to form the structure of the first (potentially) orbit-capable Starship prototype. Including metal nose and tank sections that have yet to be installed, the Boca Chica prototype would stand around 32.5m (~105 ft) tall today, with the bulk of the work remaining likely centered around Starship’s aft section. In simpler terms, the more complex of the tasks at hand still lay ahead, including Starship’s actuating tripod fins/legs, actuating canards, the bulk of the spacecraft’s tankage, and a thrust structure capable of handling up to seven Raptors.

In short, the small cylindrical section of SpaceX’s first Florida Starship is just the first step or two of many, many more to come. Many questions remain, including exactly how SpaceX plans to transport 9m-diameter rocket segments from its new Florida facility to Cape Canaveral, at least 20-30 miles by road. Regardless, with two similar groups working on the same problem simultaneously, SpaceX’s rate of learning is about to jump even higher than it already is.

Time will tell if the parallel development strategy ends up paying off, but CEO Elon Musk stated in December 2018 that he was 60% confident that SpaceX would be ready to attempt the first orbital Starship launch before the end of 2020.