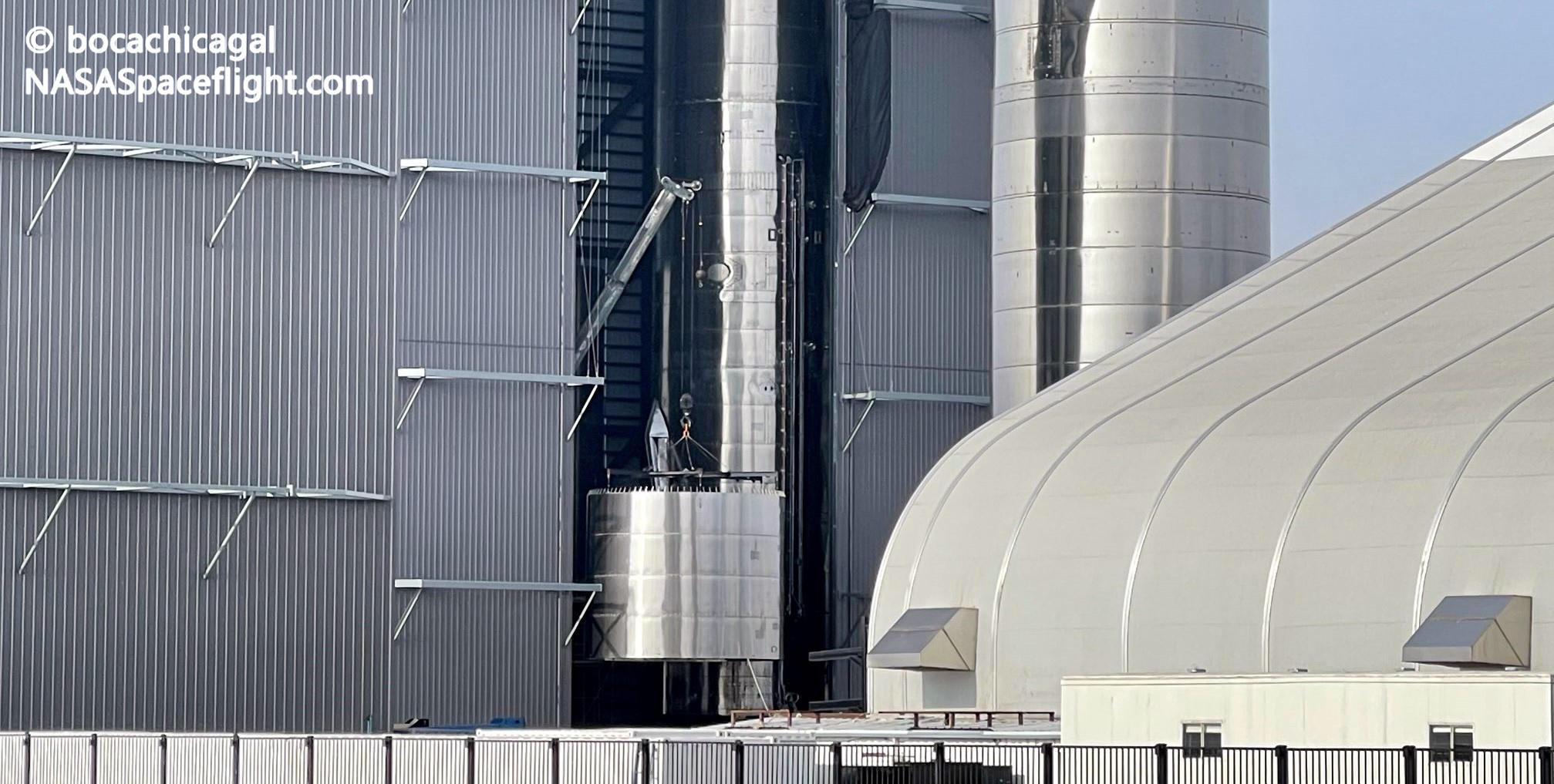 SpaceX’s Super Heavy booster assembly is starting to speed up

SpaceX has begun stacking a new section of the first Super Heavy prototype in the latest sign that work is accelerating on the boosters that will soon be tasked with boosting Starships out of Earth’s atmosphere.

Local photographer and NASASpaceflight.com affiliate Mary (aka BocaChicaGal) posted the latest photo of Super Heavy production activity on January 24th, capturing a section of four welded steel rings being craned inside SpaceX’s ‘high bay’. This marks the second instance of visible Super Heavy booster assembly progress this week after a full month of relative inactivity – strong evidence that work is beginning to accelerate.

Starship prototype serial number 10 (SN10), for example, looms over the latest section of Super Heavy booster number 1 (BN1) to reach the integration stage and is practically complete. SN10 is likely ready to depart the head bay for SpaceX’s adjacent launch and test facilities at any moment, depending on when the company decides the time is right. Meanwhile, Starship SN11 is on track to begin nose section installation almost as soon as SN10 vacates its spot in the high bay.

Super Heavy BN1, however, probably has several more weeks of assembly and processing ahead of it before SpaceX will be ready to start preparing the booster for what CEO Elon Musk has described as a short 150m (500 ft) hop.

At the moment, SpaceX is building BN1 in two separate sections. Recently, the booster’s forward tank gained another four-ring section, climbing to 12 rings tall and leaving just one section (the common dome assembly) left before the first Super Heavy methane tank’s basic structure is complete. The rings heading into the high bay on January 24th will likely support the start of Super Heavy BN1 oxygen tank assembly, beginning the bottom ‘half’ of the booster.

SpaceX’s Super Heavy booster assembly is starting to speed up