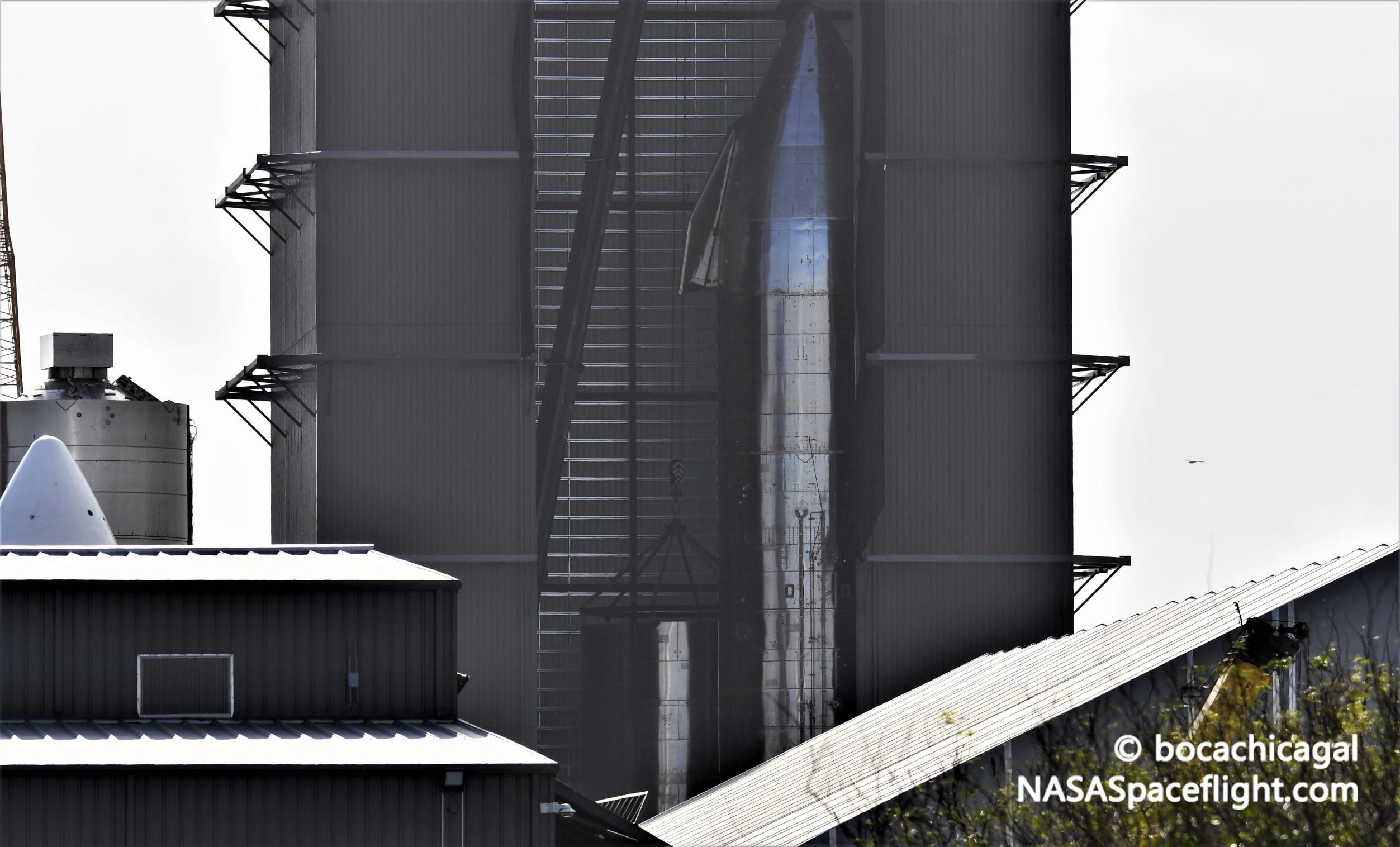 In a rare burst of visible activity, SpaceX’s South Texas Starship factory has begun fabricating a second Super Heavy booster and taken a significant step forward on the first prototype.

Set to be the largest operational rocket stage ever built by more than a factor of two, Super Heavy is the booster tasked with launching a fully fueled and loaded Starship (~1400 mT or 3 million lbs) out of the bulk of Earth’s atmosphere. Powered by up to 28 Raptor engines, Super Heavy and Starship will weigh upwards of 5000 metric tons (~11 million lbs) and produce anywhere from 5600 to 7700 metric tons (12.5-17 million lbf) of thrust at liftoff.

Most importantly, though SpaceX CEO Elon Musk has noted that an optimized Starship might be able to reach orbit on a one-way trip, a giant, reasonably efficient booster like Super Heavy is necessary to send Starship into a healthy orbit with all the extra hardware and mass needed to make the orbital spaceship reusable. More than twice as heavy and two-thirds as tall as SpaceX’s workhorse Falcon 9 rocket, that will be no small feat.

Two weeks after that latest info from Musk and a month after major booster-related factory activity, the first hardware intended for Super Heavy prototype BN2 was spotted on January 19th. Featuring a never-before-seen structural addition in the form of what looks like a hexagonal or octagonal steel ring, the booster’s unique forward dome represents the first real evidence of the modifications needed to install a variety of hardware specific to Super Heavy.

The limited nature and number of current views make it hard to conclude with certainty that the BN2 forward dome’s add-on is hexagonal or octagonal – either could technically be made to work. Barring a surprise design change, Super Heavy – like Falcon 9 and Heavy boosters – will sport four equally spaced grid fins and use them to ensure aerodynamic stability and control authority from hypersonic to supersonic velocities. Based on official SpaceX graphics, Super Heavy’s grid fins will be built out of welded steel, measure some 7 meters (23 ft) tall, and likely weigh 5+ metric tons apiece, thus requiring extremely powerful actuation systems and strong structural support.

If at rest on top of the rest of the stack in Mary’s (BocaChicaGal) latest photo, one of two Super Heavy ‘stacks’ inside the high bay is now 12 rings (three sections) tall, representing almost a third of a complete 70-meter (~230 ft) tall booster. As of the most recent look inside the high bay, there were two separate stacks of Super Heavy rings – one with four and the other with eight. Based on the location of the new 12-ring stack, it’s more likely than not that SpaceX has simply combined the 12 rings last seen inside the high bay rather than adding one or two new ring sections to one of the two separate stacks.

Ultimately, the return of Super Heavy stacking activity after a two-month pause is an encouraging sign that SpaceX has settled on a design for the first few prototype boosters and could, in fact, be ready to start testing BN1 “a few months” from now.