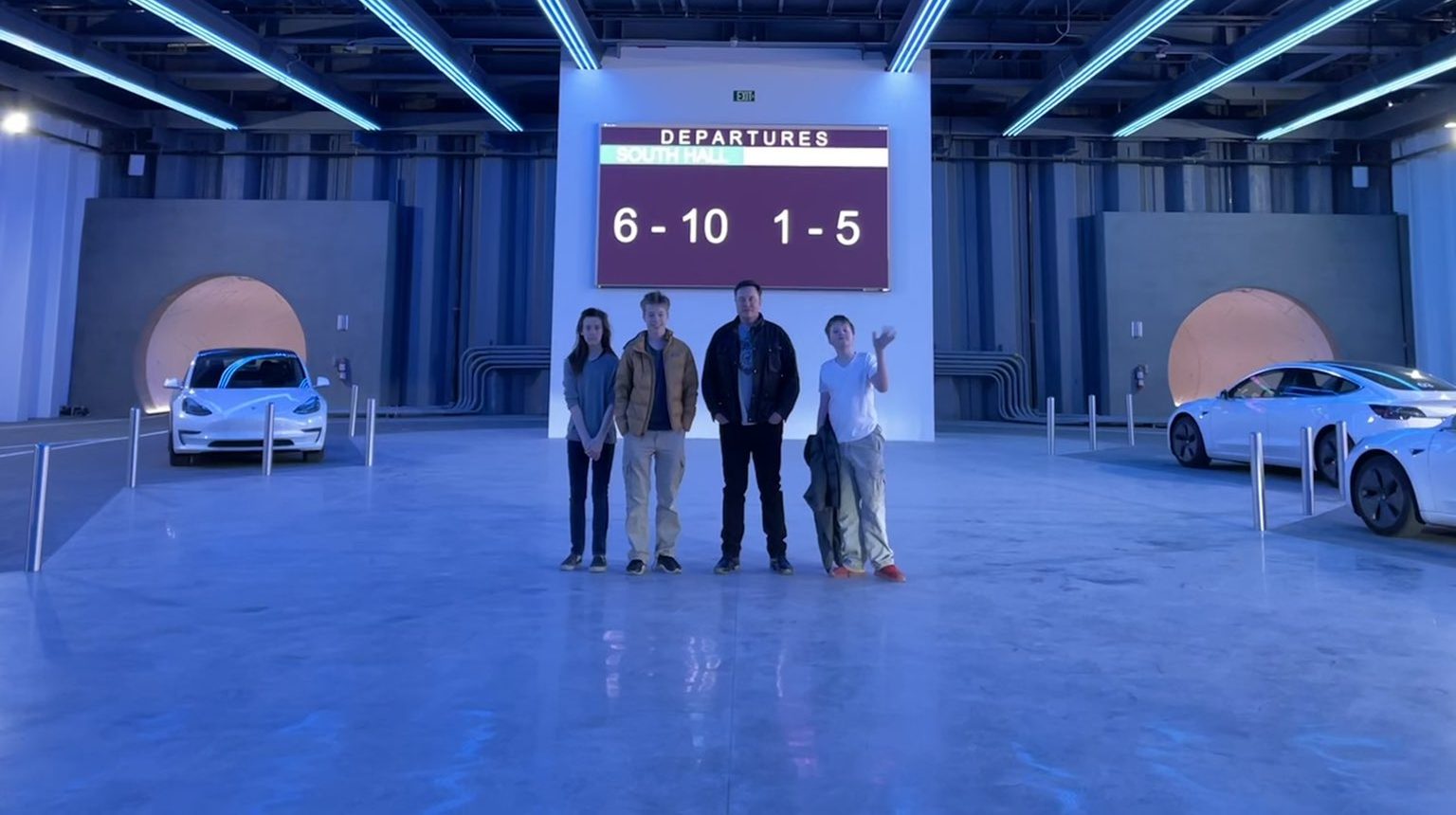 The Boring Company’s Vegas Loop doesn’t have an opening date. But when it does, CEO Elon Musk has a Fallout-themed opening party planned for the event, launching a new era of tourist transportation in Las Vegas.

Musk tweeted a photograph of him and his three children on Sunday afternoon from the Vegas Loop’s loading dock that lies underneath the Sin City. Musk, along with his three children and three Tesla Model 3 vehicles, stood in a modern platform that will eventually be the waiting area for Vegas residents and tourists who are attempting to move to another part of the city in record time. The Boring Company has been working on the Vegas project since 2019, finishing the two underground tunnels early last year.

Under Vegas in @boringcompany tunnel yesterday with my boys pic.twitter.com/tLfOuiEdFm

In typical Musk fashion, the Vegas Loop’s grand opening won’t be one to forget. After displaying the Tunnel Rave at the Vegas Loop project in early December, enthusiasts of Musk and the Boring Company had a sneak preview of what lies ahead. However, the rave won’t be the only unique event at the Vegas Loop because Musk plans a Fallout-themed party for the tunnel’s first operational runs.

Fallout is a video game series that lets gamers control characters in a series of post-apocalyptic role-playing games. First released in 1997, Fallout is one of the most popular video game series in recent history, with its most recent version being released in 2018. Tesla included a variant of the game, called Fallout Shelter, in the 2020.20 Software Update in May 2020.

It is not the first time Musk has mentioned apocalyptic themes within any of his companies’ products. In his electric car venture known as Tesla, Musk also cited the upcoming Cybertruck all-electric pickup as one of the more ideal vehicles in the event of world destruction. “We want to be a leader in apocalypse technology,” Musk said to Jay Leno on an episode of MSNBC’s Jay Leno’s Garage.

The Cybertruck has been mentioned in apocalyptic conversations on several occasions by Musk, a reference that could explain the upcoming Boring Company Vegas Loop party’s theme. Although there is no timeline for the Vegas Loop’s opening, it is ready for operation as both tunnels are complete. Fully autonomous Tesla Model S, Model 3, and Model X vehicles will transport people from one point of interest to another in times that have never been seen before in the public transport sector. If not for the COVID-19 pandemic, the Vegas Loop would already be operational, but social distancing measures have required a cautious and calculated carry out of The Boring Company’s first public project.