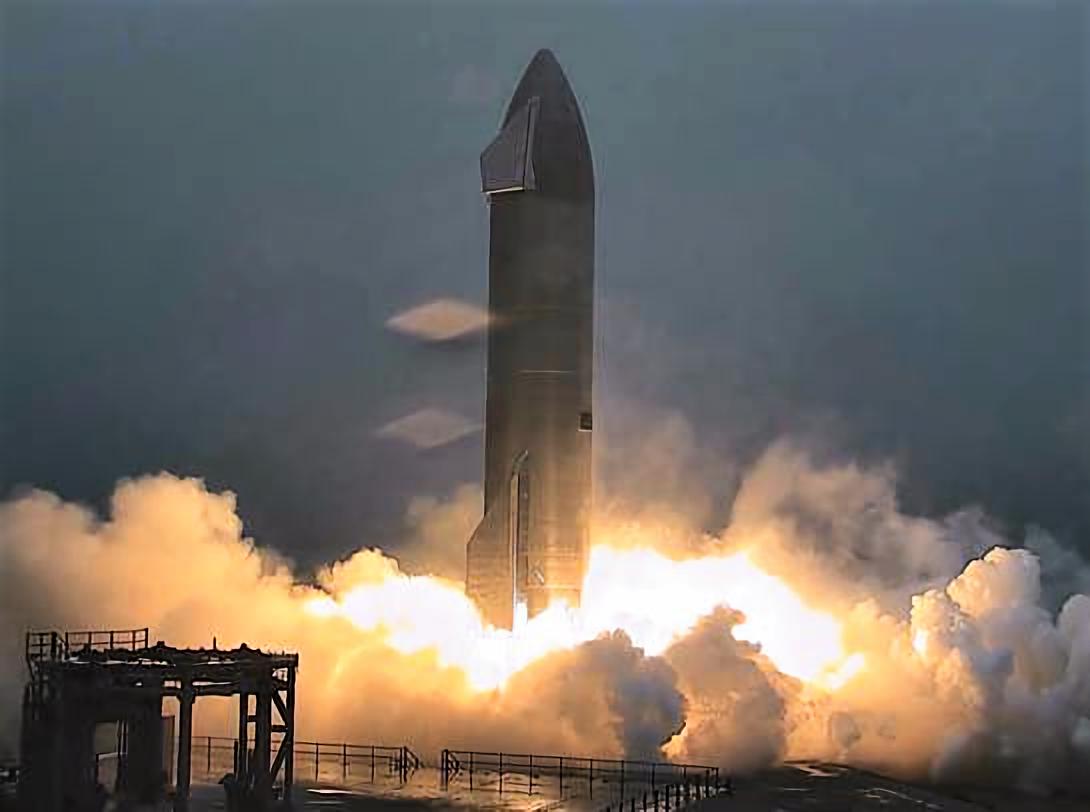 Update (2:30 pm CST): SpaceX appears to have called off Monday’s Starship SN9 launch attempt due (primarily) to high winds along the flight corridor. Additional opportunities are available from 8 am to 6 pm CST (UTC-6) on Tuesday (Jan 26) and Wednesday (Jan 27).

Technically, lacking any official confirmation, there’s still a chance of a launch attempt or additional ground testing happening today but either possibility is extremely unlikely at this point.

Update: SpaceX has completed what is known as a Flight Readiness Review (FRR) and determined that Starship prototype SN9 is ready to attempt its first high-altitude launch as early as today.

All necessary aviation and maritime notices and restrictions are in place and the company has begun the process of closing a public highway and clearing the launch site of employees. Today’s (Jan 25) launch window lasts from noon to 6 pm CST (UTC-6) and Starship SN9 could likely be made ready to launch anytime after 2pm be ready to fly as early as 4 pm CST according to a loudspeaker announcement at the launch pad. Stay tuned for updates and, hopefully, an official SpaceX webcast.

All signs point to SpaceX’s second high-altitude Starship prototype preparing for a 12.5-kilometer (~40,000 ft) as early as Monday, January 25th in a bid to rectify a last-second bug that caused its predecessor to explode last month.

Known as Starship serial number 8 (SN8), the SpaceX-built prototype was the first to have its basic airframe (tank and nose sections) fully integrated, as well as the first Starship to attempt to break the 150m (~500 ft) ceiling set by Starhopper, SN5, and SN6. Break the ceiling SN8 most certainly did, performing a spectacularly successful 12.5 km launch that aced almost every single goal SpaceX had hoped to complete. Keyword almost.

After an impressive 280 seconds of uninterrupted operation of its Raptors, Starship SN8 shut down the last of those three engines, flipped onto its belly, and successful freefell ~12 kilometers back to Earth. The rocket then carried that success even further, reigniting two Raptors, performing a dramatic 120-degree flip, orienting itself vertically, and beginning to slow down for a soft landing.

Only then did Starship SN8’s performance deviate from virtual perfection. At T+6:38, a few seconds after beginning its crucial landing burn, one of Starship’s active Raptors shut down and the other effectively stopped generating thrust. The reason, CEO Elon Musk would later explain, was low head pressure in a smaller tank (‘header tank’) dedicated to supplying fuel during Starship’s wild flip and landing maneuver. It was never confirmed if the Raptor engine shutdown observed milliseconds prior to the other engine losing thrust was intentional.

Cause aside, the end result was unsurprising: without enough thrust to slow down, Starship SN8 accurately impacted the concrete landing zone but did so at high speed – likely around 50-60 m/s (100-150 mph). Given that Starhopper and Starships SN5 and SN6 had already successfully proven Starship’s ability to gently land from 150 meters on a single Raptor engine and that, prior to SN8, Starship’s bizarre belly-flop descent and 90-degree flip had been almost entirely theoretical, SpaceX deemed the launch a spectacular success.

Nothing better exemplifies that than the fact that a little over a month later, SpaceX quite literally began scrapping the most complex, completed section of a future Starship prototype (SN12) before it ever reached the assembly phase. Instead, SpaceX appears to be more focused than ever on a mysterious series of “major” upgrades Musk has said will debut on Starship SN15. Nearly all SN15 subsections have been completed and are simply waiting to be joined together, while parts of SN16 and SN17 are also starting to pile up in staging areas.

Starship SN10 is practically ready to move to the launch pad to prepare for flight as soon as SpaceX chooses to do so and Starship SN11 is likely no more than a week or two of work away from reaching same level of readiness.

Ultimately, despite a long and delay-ridden test campaign, Starship SN9 finally completed what looked like a full-duration static fire of all three of its Raptor engines – the rocket’s sixth static fire overall. On Saturday, January 23rd, SpaceXers installed SN9’s flight termination system (FTS) – a system of explosives designed to destroy Starship if it flies too far off course. For Starship, FTS installation all but guarantees that a launch attempt is a matter of days away. Fresh county roadblocks, Temporary Flight Restrictions (TFRs) granted by the FAA, and Coast Guard a safety notice further imply that SN9 will attempt to launch as early as Monday morning, January 25th, with backup opportunities on Tuesday and Wednesday.

With any luck, like SN8’s high-altitude debut, SpaceX hopefully livestream Starship SN9’s own attempt at the same feat. Stay tuned for more details as they come.