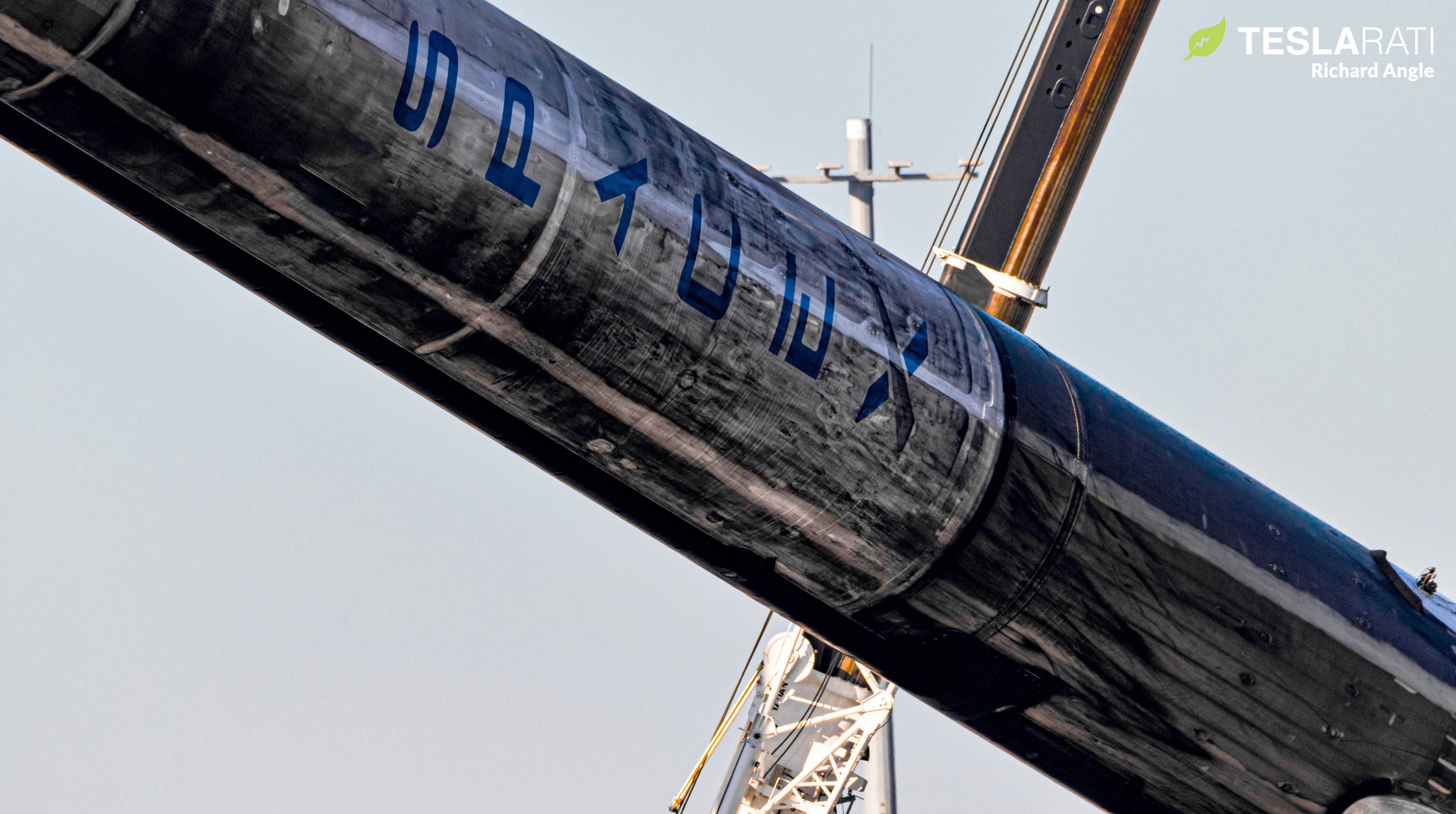 SpaceX is set for an unexpected drone ship landing on Wednesday and explained earlier today why Falcon 9 will be taking that detour. (Richard Angle)

Speaking in a press briefing prior to NASA’s next Cargo Dragon launch, a SpaceX official shed some light on a surprise Falcon 9 drone ship landing planned for Wednesday, revealing the circumstances behind the unique decision.

“As it turns out, this Falcon 9 landing is a bit of mystery: it’s unclear why exactly SpaceX has decided to land the booster at sea instead of the usual Landing Zone recoveries that have followed most recent Cargo Dragon launches. Typically, the low insertion orbit (~200 km x ~390 km) and relatively low mass of Cargo Dragon (less than 10 tons or 22,000 lb) means that Falcon 9 has (literally) tons of propellant left over, giving it the margins needed to flip around, cancel out a huge amount of horizontal velocity, and boost 100+ km (62+ mi) back to shore.

Instead, new Falcon 9 booster B1058 is scheduled to land aboard drone ship OCISLY some 350 km (220 mi) downrange, an unusual distance. For reference, SpaceX’s May 2019 CRS-17 mission is the only time Falcon 9 has landed at sea after a CRS launch since CRS-8, the rocket’s first successful drone ship recovery. That scenario was forced because LZ-1/2 had coincidently been showered in Crew Dragon debris after C201 exploded during testing. Even then, OCISLY was stationed just 20 or so kilometers offshore, meaning that Falcon 9 B1056 still performed a routine Return To Launch Site (RTLS) landing in spirit.”

According to Jessica Jensen, SpaceX’s director of Dragon mission management, the actual reason behind Falcon 9 B1058’s surprise drone ship landing is relatively simple and was more or less one of the possibilities posed earlier today at Teslarati.

“[It’s] also possible that CRS-19 will follow in the footsteps of CRS-18, which sported a prototype Falcon 9 upper stage designed to push the enveloped of its orbital longevity. Falcon 9 B1056 still managed to land at LZ-1 after CRS-18, but a more ambitious follow-on test could potentially require much more propellant, accounting for the drone ship’s position further downrange “

Much as predicted, SpaceX is essentially going to perform an even more ambitious coast test, requiring significantly larger propellant margins that took away from Falcon 9’s own landing propellant budget. For whatever reason, the gray coating covering the CRS-18 upper stage’s RP-1 (refined kerosene) tank is not present on Falcon 9. Based on a picture taken of the horizontal rocket by a NASA Social CRS-19 attendee, CRS-19’s upper stage looks no different than any other.

Jensen says that the coast test will be performed for unspecified “other” customers, presumably referring to the US Air Force (USAF) and other commercial customers interested in direct-to-geostationary (GEO) launch services. Direct GEO launches require rocket upper stages to perform extremely long coasts in orbit, all while fighting the hostile vacuum environment’s temperature swings and radiation belts and attempting to prevent cryogenic propellant from boiling off or freezing solid. In simple terms, it’s incredibly difficult to build a reliable, high-performance upper stage capable of remaining fully functional after 6-12+ hours in orbit.

Although SpaceX said that the test was for “other” customers, that may well have been a cryptic way to avoid indicating that one such customer might be NASA itself. NASA is in the midst of a political battle for the Europa Clipper spacecraft’s launch contract, which is currently legally obligated to launch on NASA’s SLS rocket. Said rocket will likely cost on the order of >$2 billion per launch, meaning that simply using Falcon Heavy or Delta IV Heavy could save no less than ~$1.5 billion. Incredibly, that means that simply using a commercial launch vehicle could save NASA enough money to fund an entire Curiosity-sized Mars rover or even a majority of the cost of building a dedicated Europa lander. Such a launch would demand every ounce of Falcon Heavy’s performance, including a very long orbital coast.

Regardless of the prospective beneficiaries of SpaceX’s planned Falcon 9 upper stage test, CRS-19 is scheduled to launch no earlier than 12:51 pm EST (16:51 UTC), December 4th. High upper-level winds may delay the mission 24 hours to December 5th but for now, it remains on track for Wednesday.