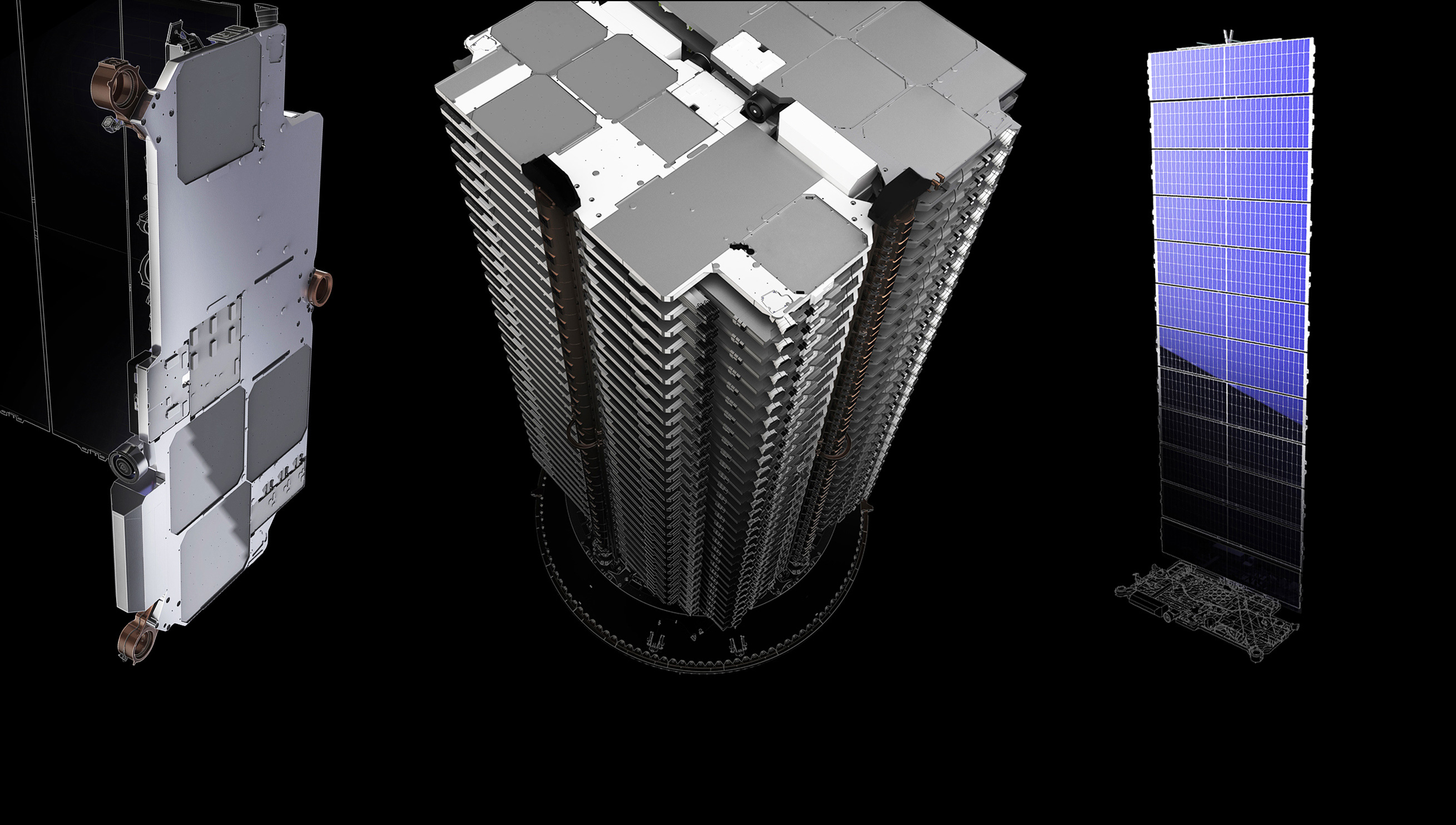 SpaceX has created a brand new website dedicated to its Starlink satellite constellation, a prelude to offering Internet service to consumers after as few as six launches.

Additionally, Starlink.com reiterated CEO Elon Musk’s estimate that SpaceX will conduct 2-6 dedicated Starlink launches – carrying at least 60 satellites each – in 2019 alone. In other words, a best-case satellite deployment scenario could mean that SpaceX will be able to start offering Starlink service to consumers “in the Northern U.S. and Canadian latitudes” as early as this year, while commercial offerings would thus be all but guaranteed in 2020. A step further, SpaceX believes it will be able to offer coverage of the entirety of the populated world after as few as 24 launches (~1500 Starlink satellites).

“Starlink is targeted to offer service in the Northern U.S. and Canadian latitudes after six launches, rapidly expanding to global coverage of the populated world after an expected 24 launches. SpaceX is targeting two to six Starlink launches by the end of this year.” — SpaceX, Starlink.com

This quiet announcement of SpaceX’s expected initial operational capability (IOC) confirms that the company’s plans to offer communications services to consumers are just as ambitious as its 60-satellite, 18.5 ton (~40,000 lb) Starlink launch debut. Assuming an average of 60 Starlink satellites per launch, SpaceX wants to begin serving customers in the US and Canada as soon as ~360 spacecraft are in orbit, a milestone that could occur as early as late 2019. Sometime in the first half of 2020 is arguably far more likely, but the fact alone that service could be offered in 2019 illustrates just how far SpaceX is ahead of its competitors, of which only OneWeb seems to pose an actual threat.

On February 27th, OneWeb launched its first six satellites – down from a planned ten, already ~20 satellites short of a ‘full’ launch – as a mix between its first orbital test and the first launch of operational spacecraft. OneWeb’s initial constellation will feature 648 satellites, potentially rising to 900 and eventually ~2000 in the years to come, pending commercial success and investor interest. The company currently has plans to begin a monthly launch campaign of ~20 Soyuz rockets no earlier than than August or September 2019, likely completing the first phase of its constellation sometime in 2021.

“OneWeb and its satellite manufacturing partner Airbus Defence and Space have crammed 10 gigabits per second of capacity into spacecraft the size of dishwashers. Tom Enders, Airbus Group’s outgoing CEO, said Feb. 14 that OneWeb satellites cost $1 million each to produce, and that the companies will be able to complete 350 to 400 satellites annually from their joint venture OneWeb Satellite’s $85 million Florida factory opening in April. The first batches of Florida-built satellites should be delivered to OneWeb toward the end of the third quarter, Airbus spokesman Guilhem Boltz said.”

Assuming SpaceX aims to launch one dedicated 60-satellite Starlink mission every 6-8 weeks, the company could easily have a constellation of more than 600 satellites in orbit by the end of 2020. Compared to OneWeb, each Starlink satellite weighs about 40% more (~150 kg vs. ~230 kg) but also offers almost double the usable throughput (~17-20 Gbps vs. OneWeb’s ~10 Gbps). In short, SpaceX should be able to offer the same capacity of coverage and service as soon – if not far sooner – than OneWeb, while constellation hopefuls like Telesat, LeoSat, and Amazon’s Project Kuiper are likely 2-5 years away from launching their first satellites, let alone offering service.

Aside from revealing SpaceX’s tentative schedule for its Starlink service offerings, Starlink.com included excellent, surprisingly detailed renders of satellite hardware, ranging from Dragon-heritage star trackers to the world’s first flightworthy ion thrusters powered by krypton. These renders simply confirm what was already clear: SpaceX has gone against the grain of traditional satellite design at almost every turn, producing a bus (the general structure and form factor) that is unlike almost anything that came before it.

As a complete layperson to spacecraft design, it’s hard to describe SpaceX’s first internally designed satellite bus as anything less than elegant. Thanks to their uniquely flat form factor, the satellites can be packed into a Falcon 9 fairing with extreme efficiency, making SpaceX’s first dedicated Starlink launch the company’s heaviest payload ever at more than 18.5 tons (~40,000 lb). For comparison, OneWeb plans to launch approximately 30×150 kg satellites per Soyuz 2.1 launch with a traditional cylindrical adapter, itself weighing ~1000 kg.

For Starlink, the method the 60 satellites use to securely attach to each other remains a minor mystery, only hinted at by photos and renders that show three metal rings/connectors per satellite. However it works, it appears that SpaceX has found a way to launch and deploy dozens of fairly large spacecraft while wasting little to no mass on a dedicated dispenser. Altogether, it appears that SpaceX has already begun to surpass the technological capabilities of its competitors, while also taking large risks with highly innovative, largely unprecedented design choices. All of those characteristics will help as SpaceX pushes to deploy Starlink and begin serving customers as quickly as possible.