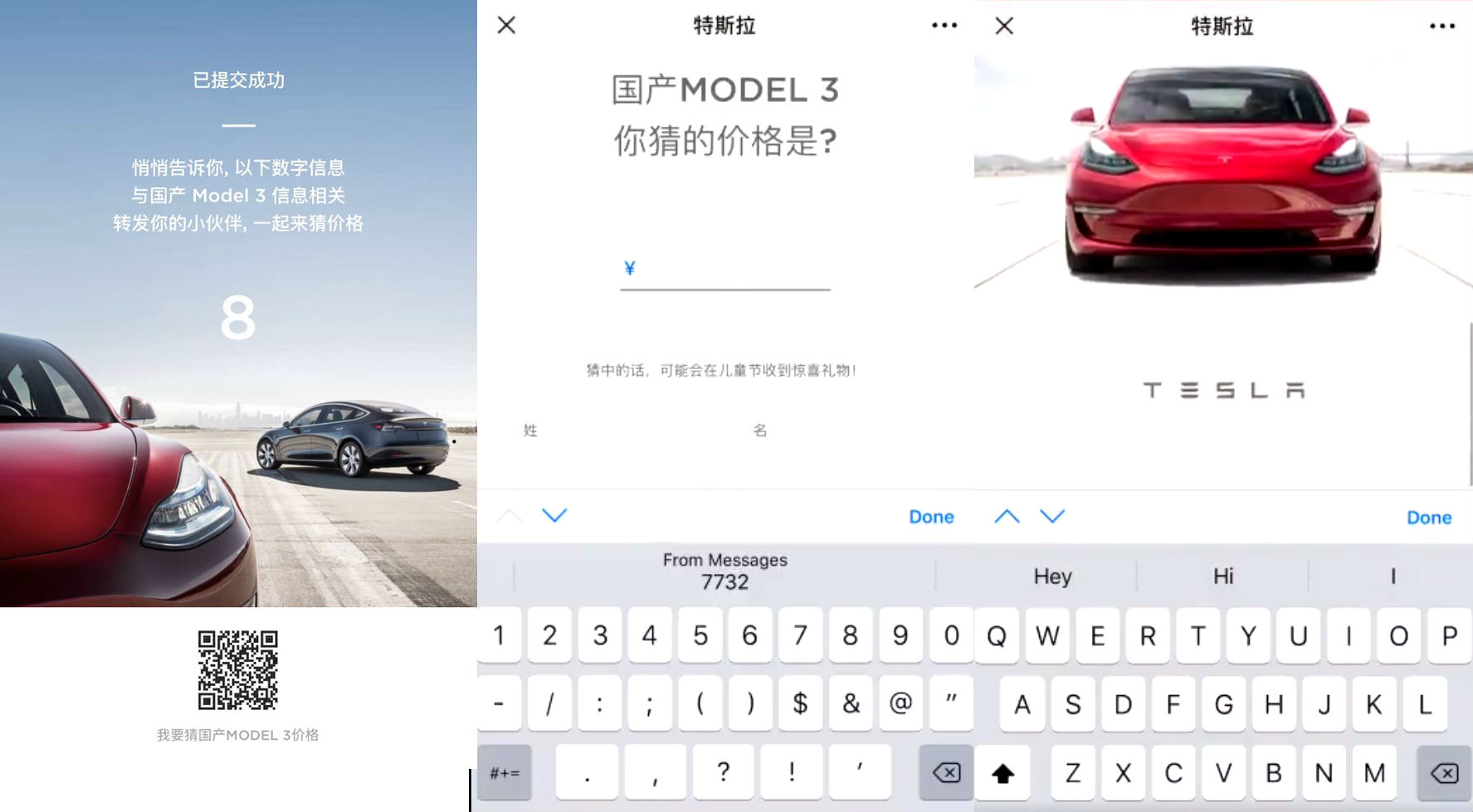 Yesterday, the Tesla community was saturated by news of a cryptic teaser emerging from China. The image, which included the words 储势,待发 (roughly translates to “building up momentum, getting ready to launch”) and a date (May 31, 2019), captured the Tesla community’s interest. It didn’t take long before speculations emerged about what the teaser could be referring to.

Tesla is already selling the Model 3 in China, though all vehicles are still imported from the United States, resulting in the electric sedans being hit by steep import tariffs. Locally-produced Model 3, which will be limited to affordable versions of the vehicle, are expected to compete in China’s mainstream EV market.

A recently published-Bloomberg report appears to shed more light on Tesla’s upcoming announcement on the 31st. Citing a source familiar with the matter, the publication noted that Tesla is considering pricing the locally-produced Model 3 between 300,000 RMB ($43,400) and 350,000 yuan ($50,600) before subsidies. The source reportedly declined to comment further about the specifics of the May 31 announcement, though it was mentioned that a final price for the China-made Model 3 is yet to be finalized.

An announcement of the official prices for the locally made Model 3 on May 31 could have notable effects on Tesla’s sales in China. On the one hand, revealing a more affordable version of the electric sedan this early could result in some potential customers holding out for the locally-made vehicles’ arrival later this year. On the other hand, reports from China suggest that a significant number of orders in the country are for the Long Range RWD version of the vehicle, which is a variant that will not be produced in Gigafactory 3. With this in mind, buyers of Tesla’s electric cars that are looking for long-range options will likely be unaffected by the May 31 announcement.

Gigafactory 3 is expected to complete the construction of its factory shell by the end of May. Following this, the facility is expected to undergo ground hardening in June. These will be followed by pipeline communication, equipment stationing, equipment commissioning, and trial production runs, which, barring any unexpected delays, could start as early as September. The electric car factory is expected to produce affordable versions of the Model 3 and later, the Model Y SUV.