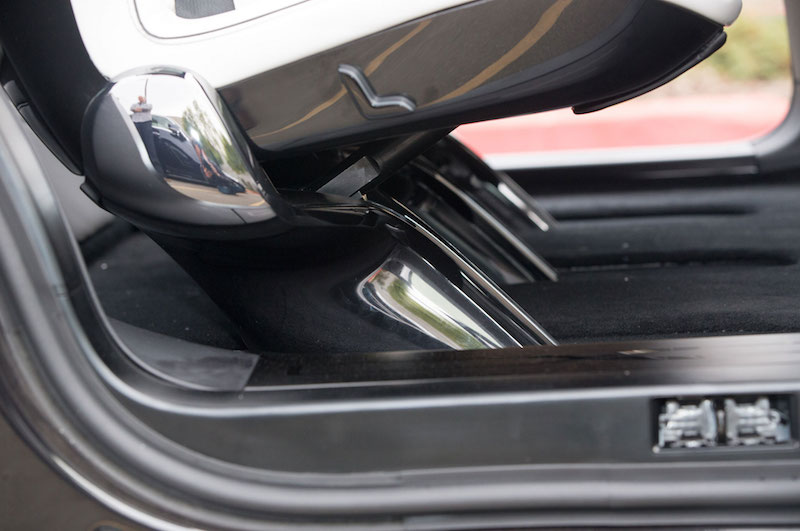 Aside from the much talked about falcon wing doors and all-glass panoramic windshield, the Model X is able to maximize storage capacity because of the ability for the second row seats to slide, tilt, and move independently of one another. The single post design in either a bench or six seat configuration creates open space below the seats allowing passengers to easily stow belongings much like that of seats found on airplanes.

However, supplier constraints on the components for the ingenious second row seating is said to be a reason why Model X deliveries have continued to pace much slower than anticipated following the success of its initial launch event. According to Tesla, “The primary limiting factor to higher Q4 deliveries is the near term ramp of Model X production, with the biggest constraint being the supply of components related to the second row monopost seats.”

“To eliminate these supply constraints and achieve a better overall outcome, we have brought manufacturing of these seats in-house.”

Tesla CEO Elon Musk has always alluded to the fact that the Model X is – let’s say – over engineered. “I’m not sure anyone should make this car, really. I mean, yeah. There is far more there than is really necessary to sell a car”, says Musk.

The statement issued in the shareholder letter could perhaps be an indication that the Model X 2nd row seat falls into this bucket of being more complex than it needs to be, thus leading to production delays from Tesla’s outsourced supplier. In order to eliminate the supply constraint from its third party vendor and ensure a reliable production capacity, Tesla will be manufacturing the Model X monopost seats in house.

From Tesla’s third quarter shareholder letter, “We expect that Model X will achieve steady state production capacity during Q1 as we do not foresee any significant production, design or supply chain constraints that will impact this plan”.