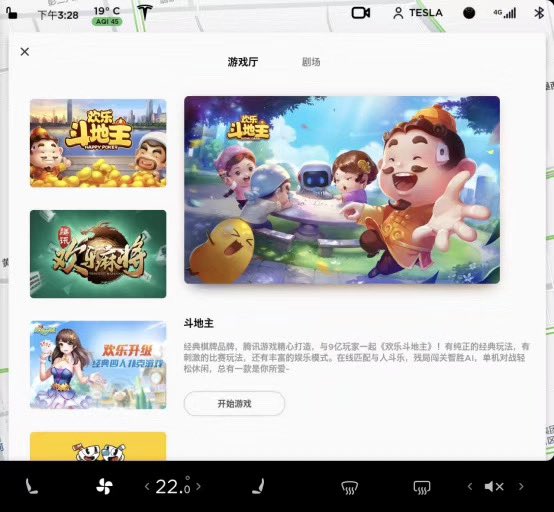 Tesla Arcade in China to get online multiplayer titles from Tencent

Tesla China plans to roll out three popular online games, a local weather app, an air quality alert system, and two streaming apps to its customers in the country in the first quarter of 2020. The official announcement as shared by Tesla owner-enthusiast Ray4Tesla on Twitter lists popular online titles Fight Landlords, Mahjong, and Happy Upgrade as part of the expected update. Tesla owners can play these games with their friends using their WeChat or QQ accounts.

These video games and apps are all products of Tencent Holdings, a Chinese multinational conglomerate with a market cap of about $461 billion that offers internet and mobile value-added services, advertising, and e-commerce transactions through its subsidiaries. In 2017, Tencent bought a 5% stake in Tesla, a strategic move that gave the electric car manufacturer a solid ally in China.

Fight Landlords, Mahjong, and Happy Upgrade are among the most popular Tencent Games played on QQ, an instant messaging app with more than 807 million users as of last year. Such games add color to the in-car entertainment system of Tesla that could provide a good boost to attract local, young, and tech-savvy car buyers in the country. Likewise, WeChat is also a property of Tencent and is the most popular messaging app in China with over a billion active users per month. 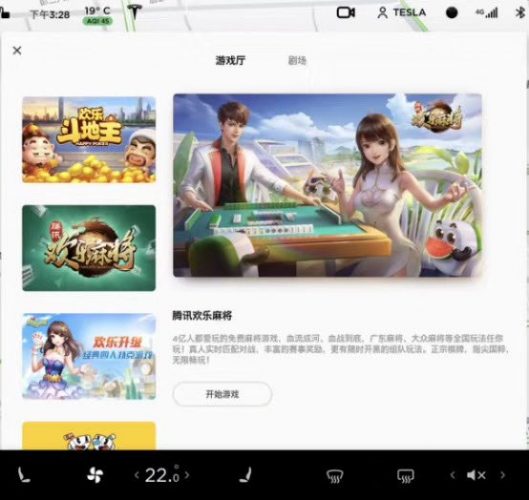 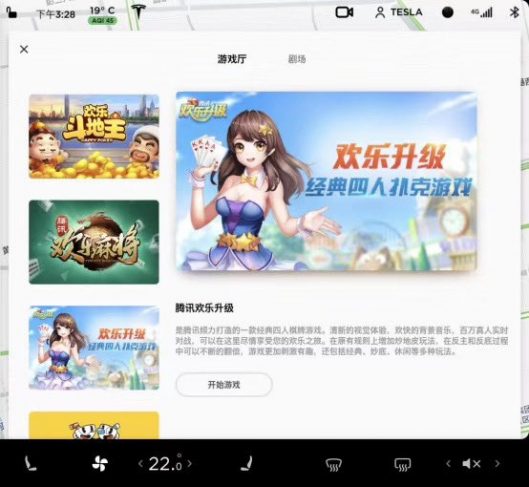 QQ and WeChat are prominent messaging and social media apps treasured by businesses in China where 91 percent of online users have social media accounts. Consumers use these platforms to communicate, research brands, play games, and engage in transactions. Tesla’s presence on these popular apps gives the company some leverage if it wants to crack the local market. This should give Tesla an edge against established brands such as BMW, GM, and Volkswagen, to name a new.

Video games are nothing new in Tesla cars as the electric car maker has practically turned its vehicles’ infotainment system into a gaming console that could be used while the cars are on Park. Tesla offers various games that appeal to a wide range of users such as classic Atari games, Chess, Beach Buggy Racing 2, and more recently, Cuphead.

As Tesla China prepares for its first deliveries of the Model 3, rolling out popular games and useful apps can also help the brand attract more buyers away from local competition. They can serve as talking points that can further strengthen word of mouth marketing that has saved Tesla millions in advertising costs too. Furthermore, such a move shows the local market that Tesla is fully-committed to provide owners in the country with the best user experience possible.

This focus on its vehicles’ fun factor has been mentioned by CEO Elon Musk in the past. “The goal for the infotainment system is to say what’s the most amount of fun you can have in a car. I don’t think other car companies really think about it that way. It’s not just some sort of transport utility device with no soul and no character,” Musk said during the Q3 2019 earnings call.

Aside from the popular video games, the local weather app and air quality app come handy for consumers in China who live in areas with poor air quality.

As announced by the country’s Ministry of Industry and Information Technology earlier this month, two variants of the locally-made Tesla Model 3 will receive subsidies from the government. Deliveries of Made-in-China Model 3s also appear to be just around the corner, with car carriers filled with the vehicle being spotted in Gigafactory 3’s holding lots.

The announcement of Tesla China coincides with Elon Musk’s tweet about Tesla’s upcoming 2019 holiday software update, which is expected to include a “sneak preview” of Full-Self Driving, new games, and possibly a number of video streaming apps.

Tesla Arcade in China to get online multiplayer titles from Tencent