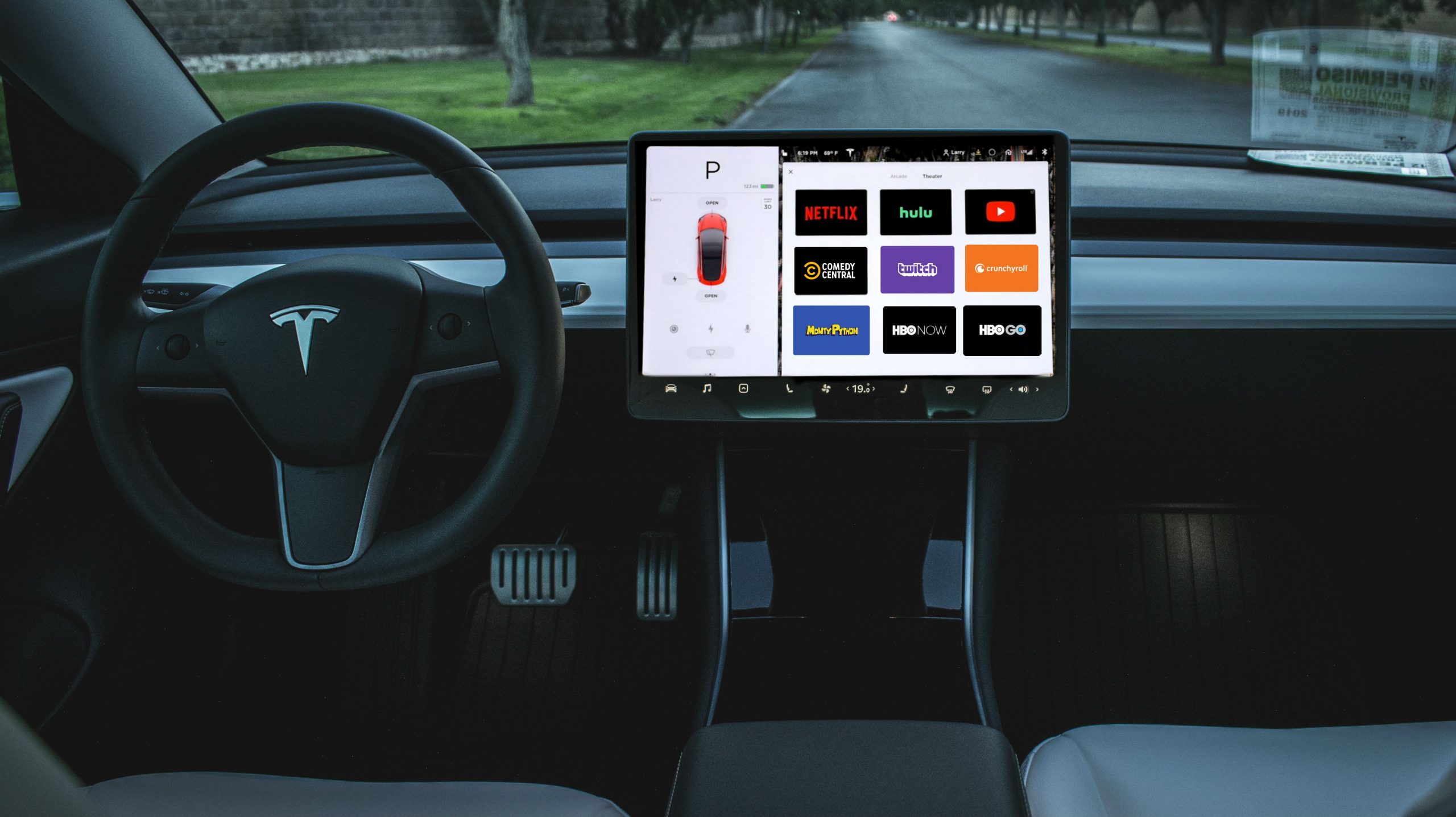 Tesla owners may soon have HBOGo, HBO Now, Comedy Central, Twitch, Crunchyroll, and a number of other streaming apps in their in-car entertainment system. Tesla owner and hacker @greentheonly spotted the unused assets in the carmaker’s operating system and he’s predicting that these streaming apps may roll out in an upcoming software update, perhaps sooner rather than later.

Aside from the streaming apps mentioned above, the links also include video game streaming platforms Twitch and Mixer, and there are also Chinese video streaming services such as Tencent, YouKu, and iQiyi. Green also spotted Monty Python, which already pops up as an Easter Egg with V10 provided that Tesla owners rename their vehicles after characters in the iconic comedy franchise.

As Tesla continues to bolster its roster of games and video streaming apps, the electric car maker is creating an ecosystem for in-car entertainment that will only scale into the future. Beyond the benefit of creating an additional revenue stream from a ‘Premium Connectivity’ subscription plan, having popular consumer services easily accessible will emphasize an unparalleled level of in-car entertainment experience.

With the release of more streaming services for Tesla’s in-car entertainment, users will likely consume more data on the go, and this is where Tesla’s new “Premium Connectivity” service becomes pertinent.  While it will set back customers roughly $10 a month, Premium Connectivity allows access to popular in-car features such as video streaming, Caraoke, music streaming, and internet browser even when Wi-Fi is not available. Tesla has started emailing customers about their in-car data subscription. Premium Connectivity expiration warnings via Software Menu have also been reported on vehicles’ displays.

In a previous statement, managing director at Wedbush Securities and Tesla analyst Dan Ives said that the electric carmaker is bringing the infotainment center into a whole new level, putting the company miles ahead of other manufacturers. “Consumers are used to the technologies they see in their smartphone, they see in their living room, but yet they go into their automobile and they have a flashback to 1988. They want the technology that they see in 2019 in their car,” Ives said in an interview

During an earnings call, Elon Musk admitted that Tesla has not really thought of a way to monetize in-car entertainment. Nevertheless, Brian Moody of Autotrader said that this might not be the case in the future, especially when infotainment systems will likely become one of the biggest factors in the economics of automakers. “As the driver becomes less necessary, there will be more options for in-car purchases and partnering with outside vendors so that you can buy stuff from inside the car, probably even buy stuff for the car from inside the car,” Moody said.

As we see Tesla add more features and services to its in-car entertainment system, the brand will have the opportunity to explore the possibilities of using their vehicles as a platform to deliver services that consumers are willing to spend on. As Will Kaufman of Edmunds suggests, “If Tesla gets to the point where they’re moving millions of units annually, their control over their platform gives them leverage.” And that only means one thing for Tesla — more $$$ to attain its ambitious goals.