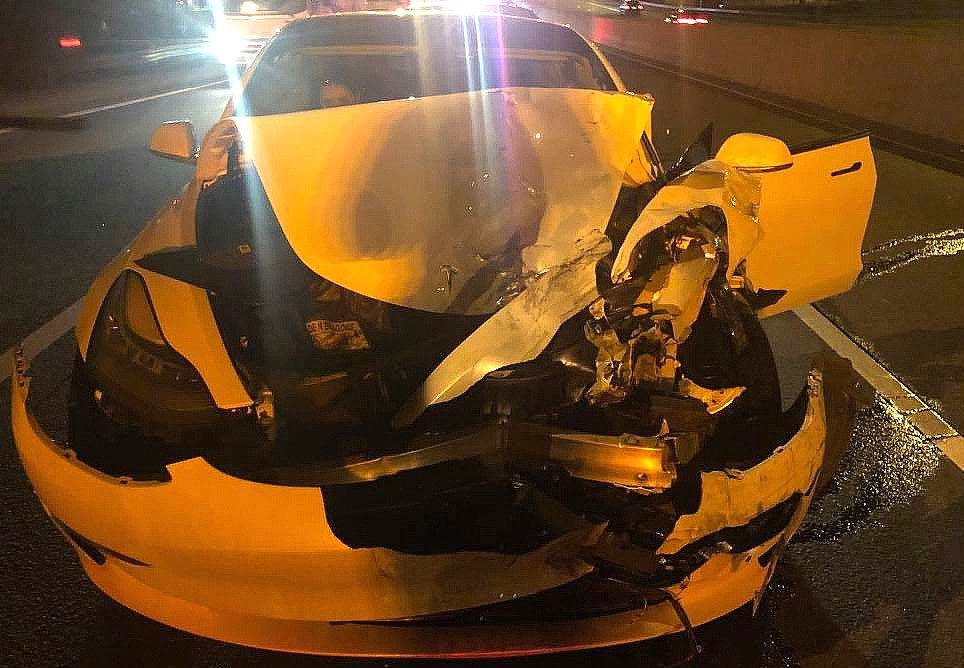 Tesla Autopilot under fire once more from US Senator following accident

A United States Senator who has been vocal about his opposition to Tesla’s Autopilot software is doubling down after a driver utilizing the driver-assist feature in his Model 3 rear-ended a police cruiser in Connecticut on the evening of December 7, 2019. Senator Ed Markey of Massachusetts has been vocal regarding his discontent for the alleged “flawed system” Tesla Autopilot offers to drivers. After The Today Show reported the recent accident on its Twitter account, Sen. Markey responded with his thoughts.

“Autopilot clearly can’t be allowed to replace drivers on our roads. This tech will continue causing harm until Tesla takes action to fix its flawed system and make sure drivers are paying attention. That’s why I sent a letter demanding Tesla take action to protect the public,” Markey wrote on Twitter.

According to police, the accident happened because the Model 3 driver was checking on his dog at the backseat. Thus, the Tesla driver was unable to use the driver-assist system in an appropriate manner.

In late November, Sen. Markey called for Autopilot to be disabled because of some drivers were falling asleep behind the wheel while the software was active. It should be noted that Tesla has never encouraged drivers to take their attention off of the road when utilizing Autopilot. The company has taken numerous steps to decrease the possibility of this happening by adding safety features to the software. Tesla’s official website emphasizes this point, reminds owners that “while using Autopilot, it is your responsibility to stay alert, keep your hands on the steering wheel at all times, and maintain control of your car.”

Tesla has added features to stop the vehicle from driving if it senses the person controlling the car is not paying attention to the road. If the person operating the vehicle does not hold the steering wheel for an extended period of time, Autopilot will disable itself. Autosteer will also be disabled for the remainder of the trip, forcing the driver to operate the vehicle normally.

Autopilot is responsible for Tesla’s reputation for being involved in accidents over six and a half times less often than a traditional vehicle. Teslas that are utilizing Autopilot features were involved in an accident every 2,870,000 mile,s according to the company’s Q1 report in 2019. This stands in contrast to the national average of one accident for every 436,000 miles traveled by traditional vehicles without Tesla’s Autopilot software.

Tesla has released updates and improvements to its Autopilot and Full Self-Driving software frequently. The company has been firm in the notion that it does not condone the practice of sleeping behind the wheel. Tesla also instructs drivers to always keep their full attention during driving to significantly reduce the possibility of an accident. Ultimately, Autopilot was not to blame in the case of the recent accident in Connecticut because the driver was admittedly checking on his pet in the back seat of the car. The police, for one, ticketed the Model 3 owner for Reckless Driving and Reckless Endangerment, according to the Connecticut State Police Facebook account.

Now if only Sen. Markey could see the incident from this perspective.

Tesla Autopilot under fire once more from US Senator following accident