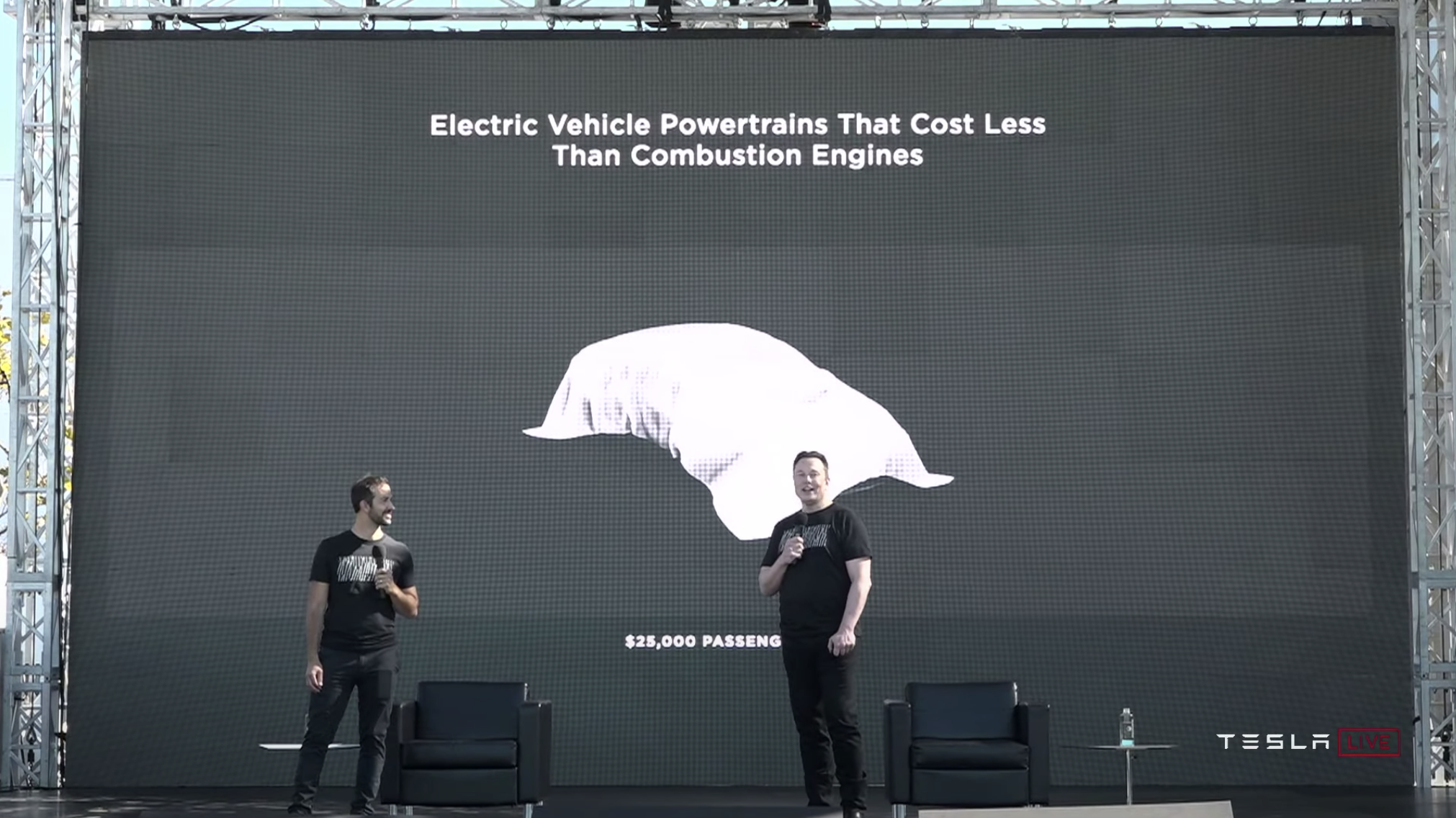 The Tweet was derived from the idea that Tesla will produce a new $25,000 model within the next few years. Musk announced this development at the company’s Battery Day event on September 22nd.

“Tesla will make a compelling $25,000 electric vehicle that is also fully autonomous,” Musk said during the event, which detailed the company’s battery production plans.

It is seemingly apparent that Tesla’s Germany plant in Berlin, and China plant in Shanghai, will both produce “original cars,” meaning the two facilities will have their own designs available for their respective markets.

In China, the Giga Shanghai plant currently manufactures the Model 3, Tesla’s most affordable car. The plant will soon produce the Model Y, an all-electric crossover that Tesla started delivering to U.S. customers in March 2020. However, Musk and Tesla have announced on several occasions that the company is planning a “China-inspired” vehicle for the market. Tesla has sought out the help of designers and enthusiasts to help come up with the new car’s design.

In Germany, the Giga Berlin production facility is still being built and is expected to start manufacturing cars as early as July 2021. Musk stated earlier in 2020 that the Berlin facility would produce a slightly different version of the Model Y, but it will not be the new “original vehicle” that Musk tweeted about this morning, because the Y does not cost $25,000.

Instead, Tesla will focus on creating two different cars at both plants, and it will be smaller than the Model 3, but will still have sufficient range. Adequate range-per-charge is a primary focus of Tesla’s vehicles, and the company will not settle for mediocre ratings in this category. The automaker scrapped plans for the Standard Range Model Y earlier this year after Musk indicated that the unacceptable less than 250-mile range rating the car received was simply not worth it.

Tesla’s Battery Day event effectively explained how the company would have the ability to create an affordable, mass-market vehicle in the future. Manufacturing cells in-house at a tremendous rate will decrease the cost and will lead to Tesla’s EVs being as financially accessible as gas-powered cars.

The unique design of the cars in each market will likely bode well for Tesla’s sales. Cultures and preferences can lead to certain vehicles being favored over others, and Tesla is planning for each of the plants to produce cars that will do well in the markets they will serve.