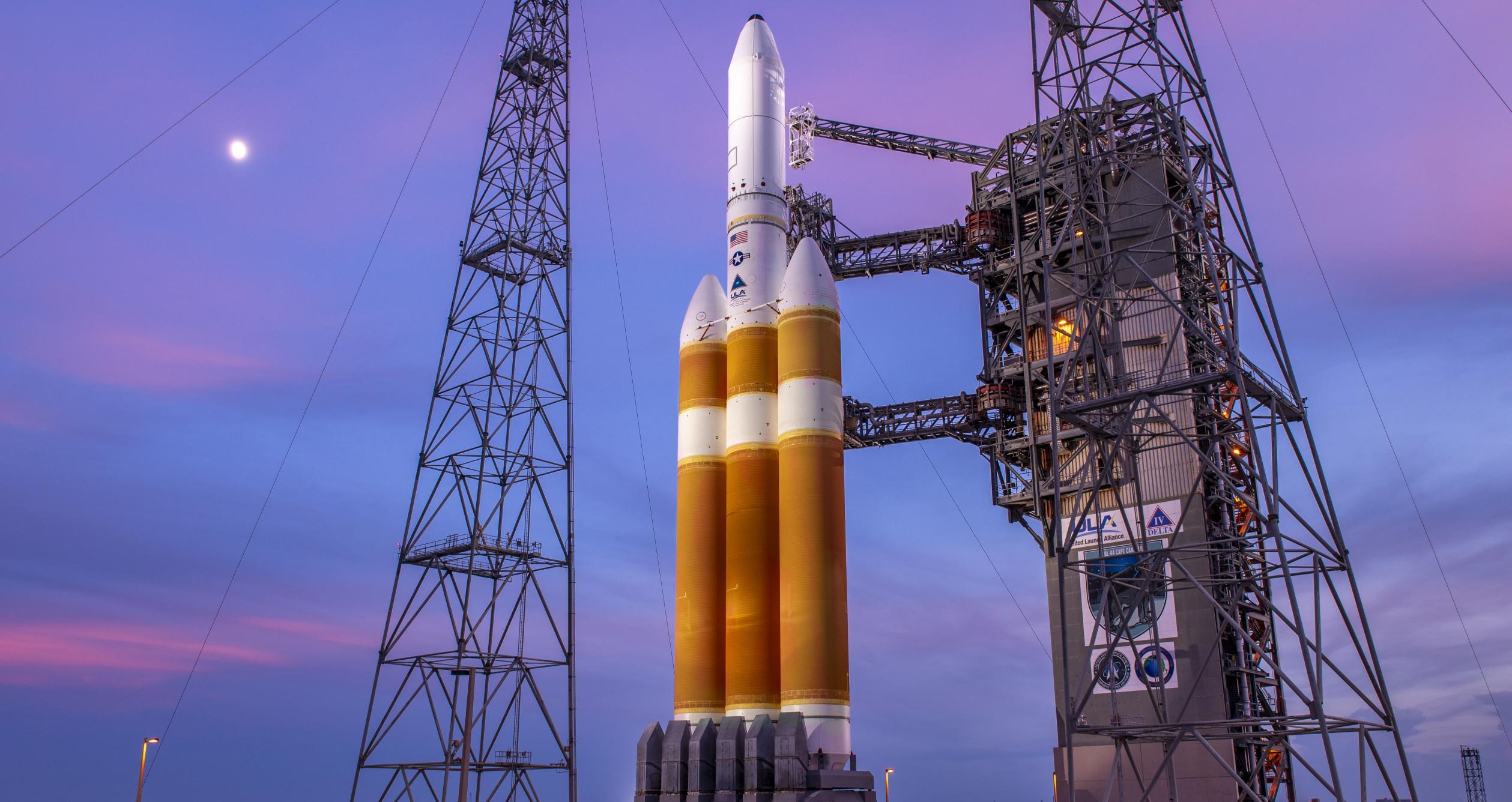 ULA's latest Delta IV Heavy launch attempt is up next after a last-second SpaceX scrub. (ULA)

Scheduled to lift off at 10:22 am EDT on Monday, September 28th, SpaceX’s 12th operational Starlink launch (V1 L12) nearly made it to liftoff before the company called the mission off, prioritizing mission success above all else. Given that SpaceX’s Starlink program puts the company in the unique position of being its own launch customer, the decision to let a relatively mild weather violation delay a Starlink mission by at least a few days is unintuitively encouraging.

It’s no secret that SpaceX has become the most successful private launch company in history and a commercial force to be reckoned with, handily overtaking United Launch Alliance (ULA) and Arianespace to acquire a vast majority of the commercial launch market share. Falcon 9 is on track to become the fastest commercial rocket in history to cross the 100-launch milestone and SpaceX is already well on its way to regularly out-launching entire countries with 20+ missions per year. The single biggest risk facing the company is arguably complacency and an infamous tendency known as “launch fever.”

At the cutting edge of spaceflight, constant, exhaustive vigilance is ultimately the only thing standing between a reliable rocket or spacecraft and catastrophic failure. Perhaps the single biggest threat to that vigilance is the somewhat understandable desire to avoid launch delays – a fact of life for rocketry that nevertheless costs time, money, and (to some) reputation. The term “launch” or “go fever” was originally colloquialized to describe the irresponsible managerial pressure to launch largely responsible for both of NASA’s catastrophic Space Shuttle failures.

Some (if not most) parts of SpaceX almost assuredly would rather avoid launch delays. The fact that the company continues to accept Starlink launch delays and respect Falcon 9’s limits strongly implies that SpaceX has found ways to prevent launch fever while still pushing the envelope of launch cadence and rocket reuse. Starlink-12, for example, was originally meant to launch on September 17th but was delayed ~10 days by strong ocean currents before being scrubbed seconds before launch on September 28th. Combined with the fact that SpaceX is technically free to accept more risk on its own Starlink launches, compounded delays will inevitably test the limits of any organization’s resolve.

While the argument that SpaceX is technically the only direct stakeholder in Starlink missions is a bad-faith argument that could easily be made to push for increased risk tolerance, it’s only true in a vacuum. A Falcon 9 failure during a Starlink launch would still have major consequences for all of SpaceX’s customers, particularly delaying critical NASA astronaut and US military launches until a lengthy accident investigation is completed. SpaceX executives and managers involved in launch go/no-go decisions clearly understand this and act accordingly.

Starlink-12 will likely be recycled for another launch attempt sometime after ULA’s next Delta IV Heavy launch attempt and probably after SpaceX’s own GPS III SV04 mission for the US military, scheduled no earlier than (NET) 12:02 am EDT (04:02 UTC) and 9:55 pm EDT (01:55 UTC), September 29th, respectively. Catch ULA’s latest NROL-44 launch attempt at the company’s official webcast below.