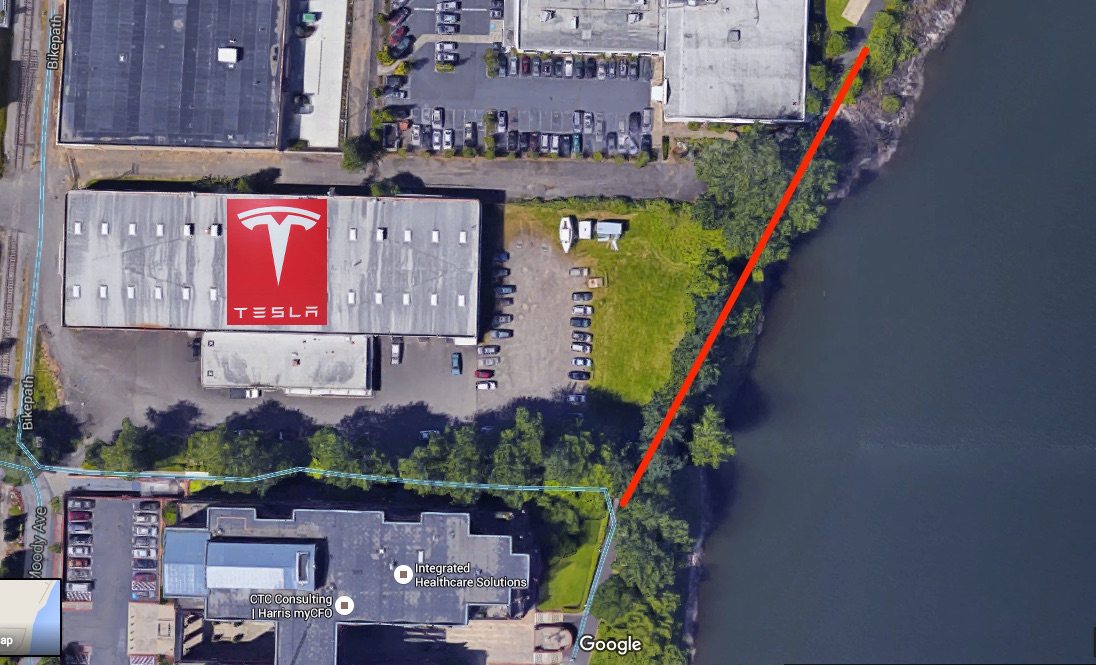 Residents of South Waterfront in Portland, OR urge Tesla to complete a bike path adjoining its proposed Showroom and Service Center

Tesla has reportedly volunteered to build a bike trail at the urge of local residents near the proposed site for its Showroom and Service Center in Portland, Oregon.

A riverfront area known as South Waterfront just 2 miles south of Downtown Portland has been the site for the city’s urban redevelopment project over the last decade. Nestled among luxury high-rise condominiums, sophisticated industrial-chic stores, and urban dining joints, is a relatively undeveloped area that was once the site for the now vacant 35,000 sqft. Benz Spring Company warehouse, a pre-WWII manufacturer of automotive leaf springs and coil springs.

According to NextPortland a site that keeps track of building developments in the city, Tesla has applied for a Design and Land Use review on its proposed Showroom and Service Center located at 4330 SW Macadam, the same location that houses the abandoned Benz Spring Co. warehouse. Photos from a flyer for a Canterbury Commercial real estate leasing company show the rectangular shaped building bisecting a popular riverfront walking and biking trail. Local residents of South Waterfront have urged Tesla to assist with building a bike path known as the Willamette Greenway Trail that would connect the existing path that ends directly south of the building with the area north of it. The request comes after budgetary constraints halted completion of the proposed project by the city’s Parks and Recreation division.

We’ve included a Google Street View image showing the current bike path coming to an end as it reaches the southern point of the proposed Tesla Showroom.

While Tesla’s Store seems generally welcomed based on positive comments from residents out of the South Waterfront Facebook Group, many locals have urged the company to consider completing “the gap” in the Willamette Greenway Trail or more commonly known as “the pathway to nowhere” by locals.

However, city zoning codes in South Waterfront exempt projects having to connect the Greenway Trail gap on their property unless they’re adding at least 50,000 square feet of new floor space. In essence Tesla was not required to build the bike path since their proposal for the store (see official filing here) was for a remodel of the existing warehouse which registers under 50,000 square feet.

According to BikePortland.org, South Waterfront local resident Bob Cronk took to the community’s Facebook group asking residents to write the city’s Land Use Services division and urge Tesla to “complete their share of the Willamette Greenway Trail!”

“Tesla is remodeling a warehouse in South Waterfront. Their plans do not include completing their portion of the river path also known as the Willamette Greenway Trail. If you would like to see this trail completed, email Jeff Mitchem at Land Use Services at jeffrey.mitchem@portlandoregon.gov (case file number LU 16-116605 DZ) by May 20th and let him know you want this gap in the trail completed! Each new project in the neighborhood needs to fill in their portion so we will someday have a continuous trail along the river.”

“Good news, Tesla has agreed to pave the path on their property!”

In a city that’s stereotypically known for being green and flat-out hip, walking, biking, and soon driving a Tesla will hopefully be a common place item. We leave you with a closing comment from a happy reader of BikePortland.org. “Grandpa” writes:

“We don’t yet know why Tesla decided to build the trail …
Perhaps they did it because it is the right thing to do, and they are a company who’s business model is to do the right thing. Their product line would support that supposition. FWIW I emailed Tesla that I had a case of beer riding on their putting the trail section in. That may have been the deciding factor.”

And that’s why Portland is one of the hippest cities on earth.