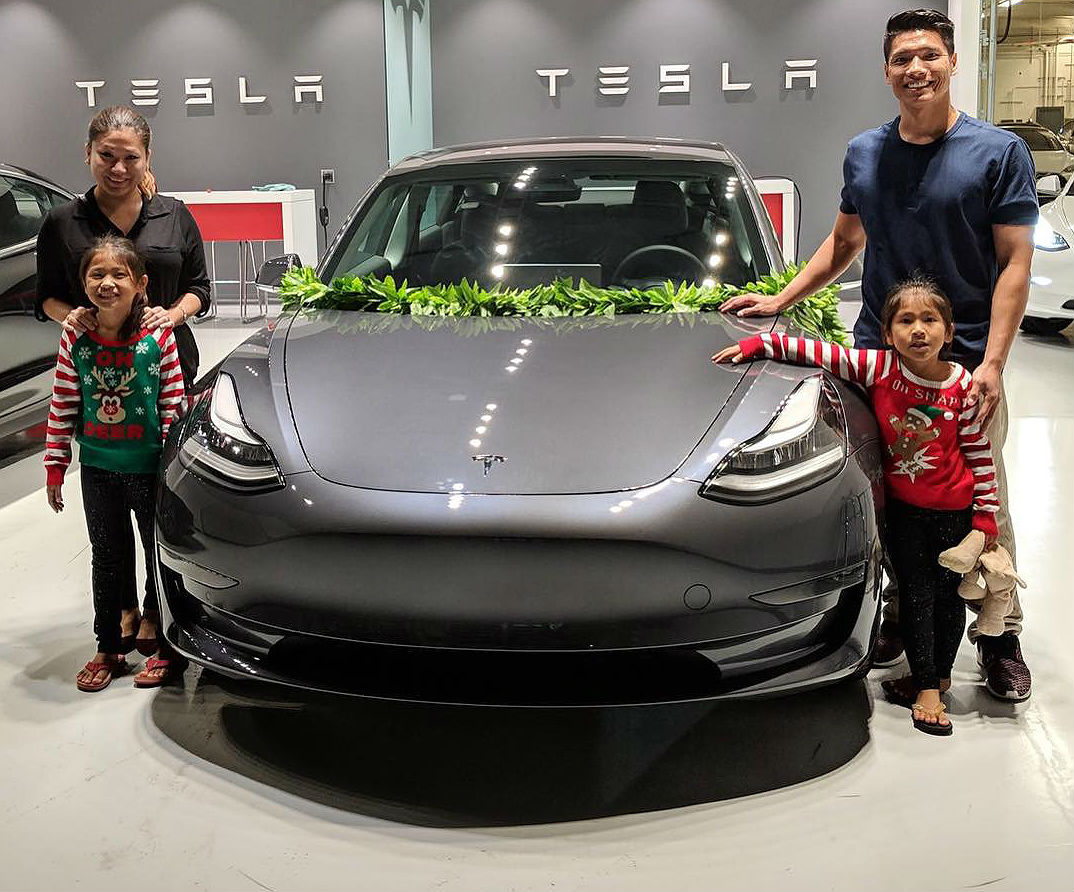 It is the end of the quarter once more, and in true Tesla tradition, the electric car maker is conducting an end-of-quarter push to deliver as many vehicles to customers as possible. This time around, though, Tesla’s delivery blitz also happens to cover the 2018 holiday season. Thus, for some reservation holders, their new Teslas proved to be a very welcome and incredibly memorable Christmas gift.

Over the past week all the way to Christmas, Tesla owners, both new and old, came to social media to share their delivery experiences. In Twitter alone, several families posted images from the delivery of their Model 3, Model X, and Model S. Tesla’s official Twitter account even shared a number of these pictures, captioning the photographs with a simple description that read “Holiday deliveries!”

Overall, it appears that Tesla did not miss a beat in its delivery efforts despite the holiday season. Considering the stakes of the fourth quarter, though, such determination is understandable, particularly since the end of Q4 also marks the end of the $7,500 federal tax credit given to Tesla owners. The fourth quarter is also an opportunity for Tesla to prove Elon Musk’s words right. Musk, after all, has noted since Q3’s blockbuster earnings that Tesla would be cash-flow positive moving forward.

A key factor in Tesla’s success for the fourth quarter, of course, remains to be the Model 3. Being Tesla’s highest-volume vehicle to date, sales and deliveries of the Model 3 would likely determine Tesla’s performance in Q4. Fortunately for the electric car maker, its Model 3 strategy for the fourth quarter might very well work. The carmaker, for one, has reached a point where it could comfortably produce the electric sedan at scale, with Musk noting that a production rate of 5,000 Model 3 per week is no big deal for Tesla today. Apart from this, the addition of a new Model 3 variant could be a difference-maker in the number of vehicles the company can deliver this quarter.

While Tesla has relied on the Long Range RWD, Long Range AWD, and Performance Model 3 variants in the past, the company rolled out a new version of the electric sedan this fourth quarter. Dubbed as the Mid Range Model 3, the vehicle, which starts at $46,000 before incentives, brought the electric car within reach of more potential customers. Tesla has not revealed the number of Mid Range Model 3 that have been delivered so far, but factors such as VIN registrations point to the idea that the vehicle is likely being produced and sold in large quantities.

To prevent what Elon Musk described as “delivery logistics hell” during the third quarter, Tesla has reportedly gone the extra mile to ensure that cars ordered today would be delivered before the year closes. Musk, for one, noted in an announcement on Twitter that Tesla has acquired trucking capacity to facilitate deliveries. More recently, Musk also noted that Tesla would cover the tax credit difference if the company is not able to complete a committed delivery before the end of the month.

Apart from these programs, Tesla has also extended its long-running referral program until March 11. As could be seen in Tesla’s order pages today, electric car buyers could acquire an additional three months of free supercharging “if they order without ever having taken a test drive.”