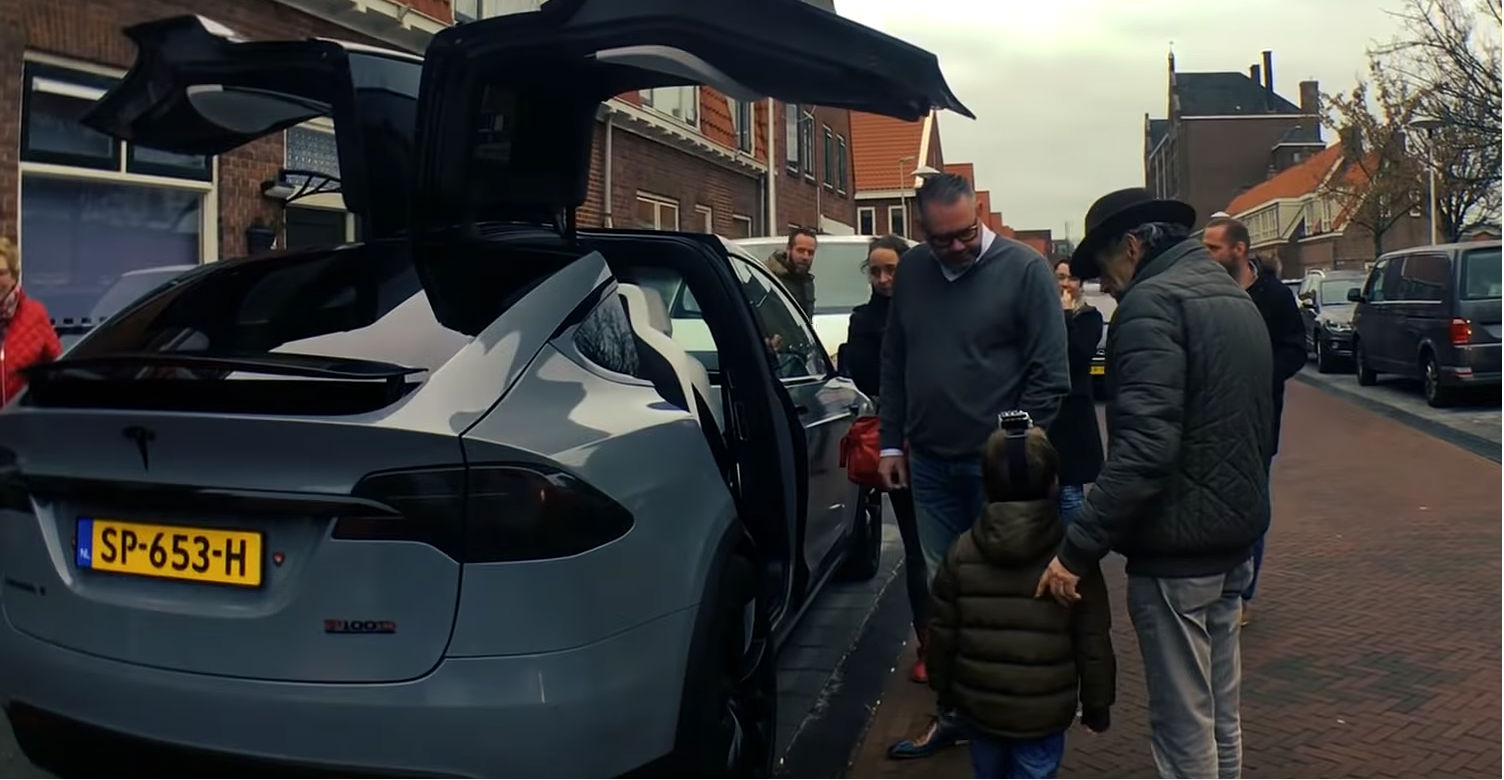 It takes a special type of person to stare at adversity and see a bright future ahead. It also takes a special group of dedicated people to show that amidst all the conflicts and ugliness in the world, there is still a space for human kindness. This was recently demonstrated by the Tesla community in the Netherlands, when they came together to grant a special “bucket list” wish for an extraordinary guest.

Rob (last name not given), who resides in the city of Utrecht, Netherlands, heard the words that nobody ever wants to hear last December. Late in the month, Rob got news that he only had a couple of months left to live. One of his friends, Tesla enthusiast Ruben Jason Penders, had been asking him about a “bucket list” wish that he could help him with. Rob initially declined, but with enough prodding, he stated that he wanted to experience “this electric Tesla car.”

In a video about Rob’s tale that was later shared on YouTube, Ruben noted that his friend was aware he would not experience the electric car era himself. Nevertheless, Rob still wanted to “experience the future my kids and grandkids will live in.” On the final day of 2018, Ruben got to work, posting on the Tesla Motors Club forum and asking if any Tesla owners are willing to give his friend a short ride in their vehicle. In his post, Ruben even mentioned that a 10-15 minute ride in a Tesla would suffice.

The Tesla community decided to go above and beyond. Within a few hours, several owners had volunteered to give some of their time to grant Rob’s “bucket list” wish. Not long after that, a little get-together was organized, with several owners pledging to travel to the city of Utrecht to give Rob the full Tesla experience.

As could be seen in a video of the special get-together, Rob and his family were picked up by three electric cars from his home (two Teslas and a Jaguar I-PACE). This was but the start of Rob’s surprise, though, as he was soon welcomed by 20 more Teslas and their beaming owners. Rob was able to experience the whole Tesla ecosystem, from using the Supercharger Network to using Autopilot on the highway. At one point in the video, Rob showed what could only be described as a classic Tesla grin as he experienced firsthand what appeared to be a Model S P100D Ludicrous Mode launch. In yet another gesture from the Tesla community, Rob was able to drive a Model S as well.

Despite its noble mission, Tesla remains a polarizing company, especially in the United States. The company, particularly its CEO, Elon Musk, receive a notable amount of vitriol on an almost daily basis from critics, some of whom stand to receive monetary gains if Tesla were to fall. In social media platforms like Twitter alone, the clashes between the TSLA community, who supports the company, and the TSLAQ group, who are clamoring for the electric car maker to fall, happen daily. Yet, despite the noise from the company’s skeptics, there are tales like Rob’s, which could only be described as initiatives that are accomplished through the kindness of the human heart.

This is not the first time that the Tesla community has done something like this, either.  Last year, Dr. Matthew Chan, a Tesla enthusiast diagnosed with cancer, was given the full VIP treatment after the community got together to arrange a meetup with Chief Designer Franz Von Holzhausen. During Dr. Chan’s tour, he was able to chat with the Tesla designer extensively, and his visit was even capped off by a meet-and-greet with Elon Musk himself. Not long before that, a story also emerged that involved the company bumping a terminally-ill man up the Model 3 reservation list, so that he could experience and enjoy the vehicle while he was still able.

Watch the Tesla community grant Rob’s “bucket list” wish in the video below.