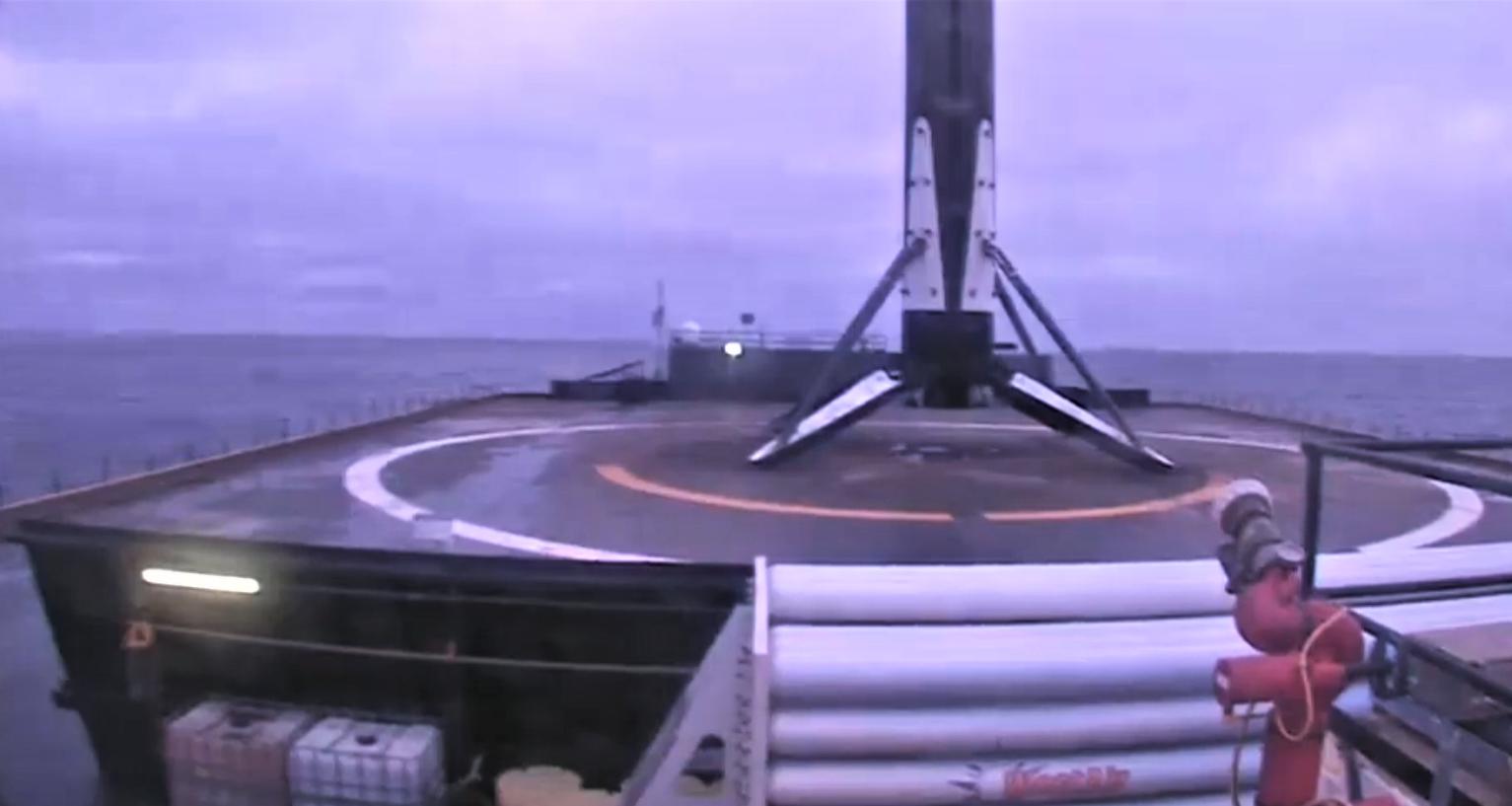 Despite an unplanned landing anomaly that foiled SpaceX’s last Falcon 9 recovery attempt, the company’s engineers and technicians have pulled off another successful launch and landing of Falcon 9 – the 33rd for the rocket family – and the first of the new year.

After helping place Iridium’s 8th and final set of NEXT satellites into a parking orbit, Falcon 9 B1049 landed aboard drone ship Just Read The Instructions approximately 7 minutes after liftoff, marking the Block 5 booster’s second successful mission in just under four months. As of now, all but one of SpaceX’s flight-ready Falcon 9 boosters have now performed two or three orbital-class launches and are quickly becoming a truly reusable fleet of rockets.

Webcast of Falcon 9 launch to complete the @IridiumComm NEXT constellation is now live → https://t.co/gtC39uBC7z pic.twitter.com/lU3TwSeCbz

Throughout the second half of 2018, SpaceX gradually built, tested, launched, and relaunched a growing fleet of Falcon 9 Block 5 boosters, the first of which debuted in May. Including new boosters that have arrived at their launch pads but have yet to launch, SpaceX’s skilled production and testing team managed to ship, test, and deliver an impressive 1 to 1.5 Falcon 9 boosters, 1-2 upper stages, and 3-4 payload fairing halves on average each month. Thanks to Falcon 9 Block 5’s increasingly exceptional reusability, SpaceX does not have to outproduce other companies and national space programs to dramatically out-launch them, exemplifed by the fact that SpaceX alone was able to launch more orbital missions than the combined output of every company and country aside from China.

As more Falcon 9 and Falcon Heavy Block 5 booster are introduced into SpaceX’s growing fleet, the company’s many distinct advantages of direct and indirect competitors should come more and more into play and be increasingly difficult to avoid or ignore. As of today, a fairly incredible number of additional new Falcon boosters are already in their testing and delivery phases, a number that ignores the four (or five) flight-proven boosters and two unflown Falcons known to already be at or ready to ship to launch sites. 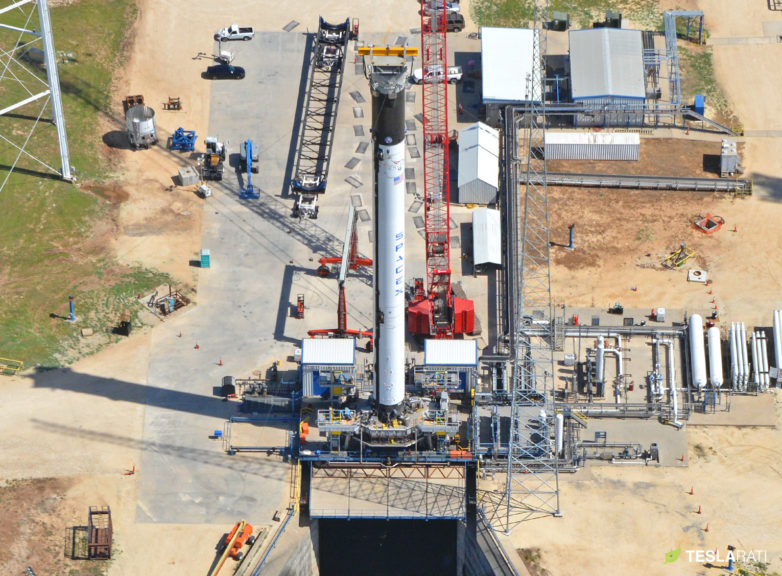 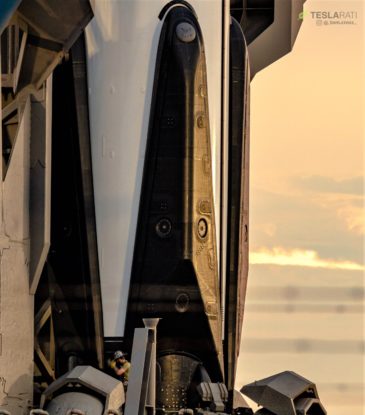 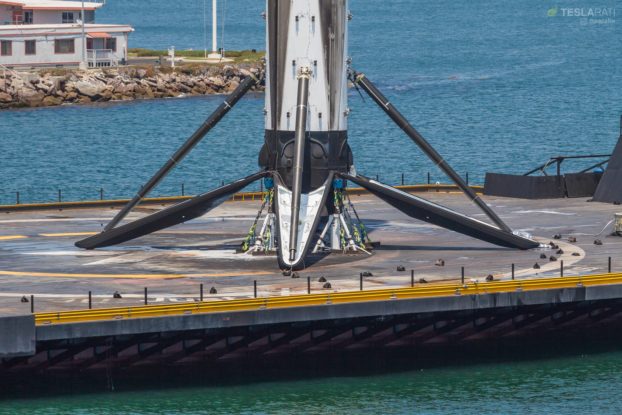 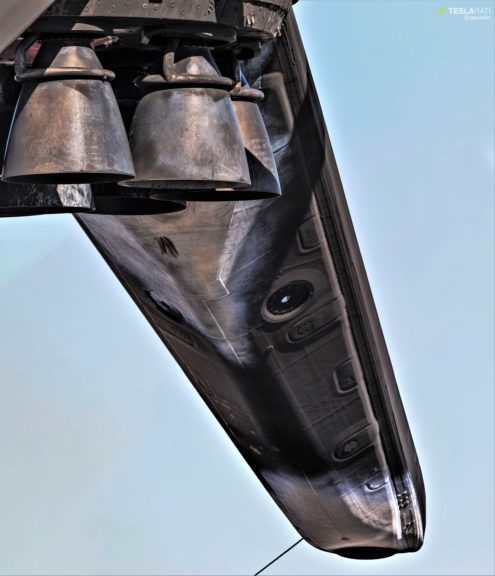 It’s unclear what exactly causes it, but Falcon 9 Block 5’s newly heat-shielded legs turn a rather bright white after being scorched during booster landings. (Pauline Acalin) 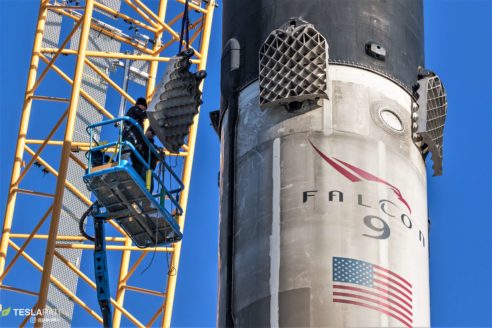 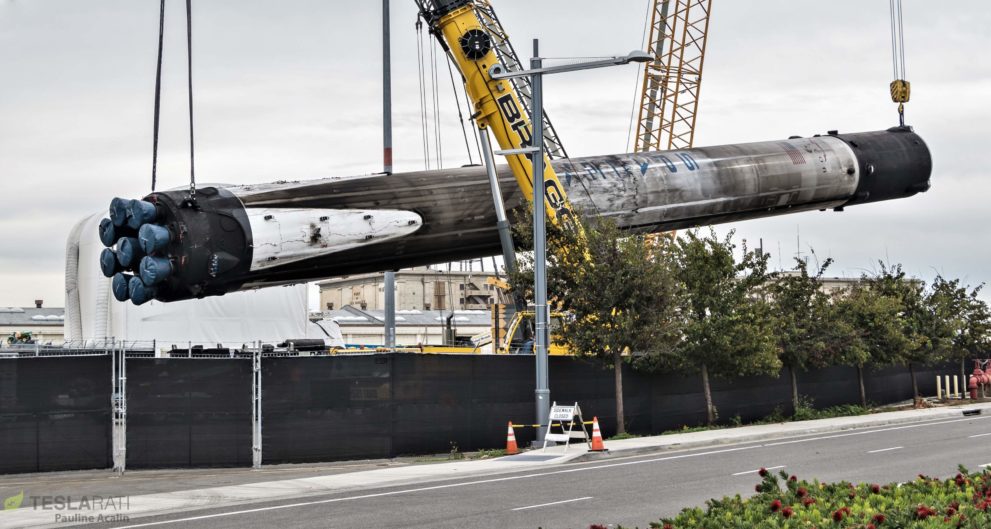 Just for Falcon Heavy’s second and third launches (NET March and April), SpaceX will deliver another two boosters (one side and one center) to Florida within the next ~6 weeks and will likely ship, test, and deliver another two or three new Falcon 9 boosters in the first half of 2019 for commercial missions and two crewed Crew Dragon launches scheduled for the second half of the year. Although Falcon Heavy’s new side boosters will likely remain side boosters for both of the rocket’s next missions, that should mean that they will be free enter the single-stick Falcon 9 fleet sometime in H2 2019, as will the three new boosters assigned to Crew Dragon this year. Falcon Heavy’s center core will remain dedicated to Falcon Heavy launches as a result of the extensive modifications necessary to support triple the thrust of a normal Falcon 9.

Regardless, this ultimately means that SpaceX’s reusable Falcon fleet could feature as many as 12-15 boosters capable of something like 5-10 additional launches each by the second half of fourth quarter of 2019. At that point, SpaceX might have enough experience with Block 5 and enough flight-proven boosters to plausibly begin a revolutionary shift in how commercial launches are done. With far more boosters available than SpaceX has payloads to launch, multiple flight-ready Block 5 rockets will inevitably stack up at or around the company’s three launch pads and surrounding integration and refurbishment facilities.

Instead of the current process of launch where boosters are dedicated to certain missions in fairly iron-clad terms, SpaceX could conceivably treat its launch services as actual services, meaning that – aside from requests for unflown hardware or customer-specific standards (i.e. USAF/NASA/NRO) –  the specifics of booster assignments would be no more of a worry to customers than the cargo plane goods are delivered with matters to 99% of logistics customers. A plane is typically a plane regardless of whether it has flown for 10 hours or 10,000 hours. That sort of interchangeability and hands-off approach to customers is likely at least 12 months off, if not longer (old habits die hard), but a fleet of a dozen or more flight-ready rockets is truly a brave new world for commercial spaceflight and even spaceflight in general.