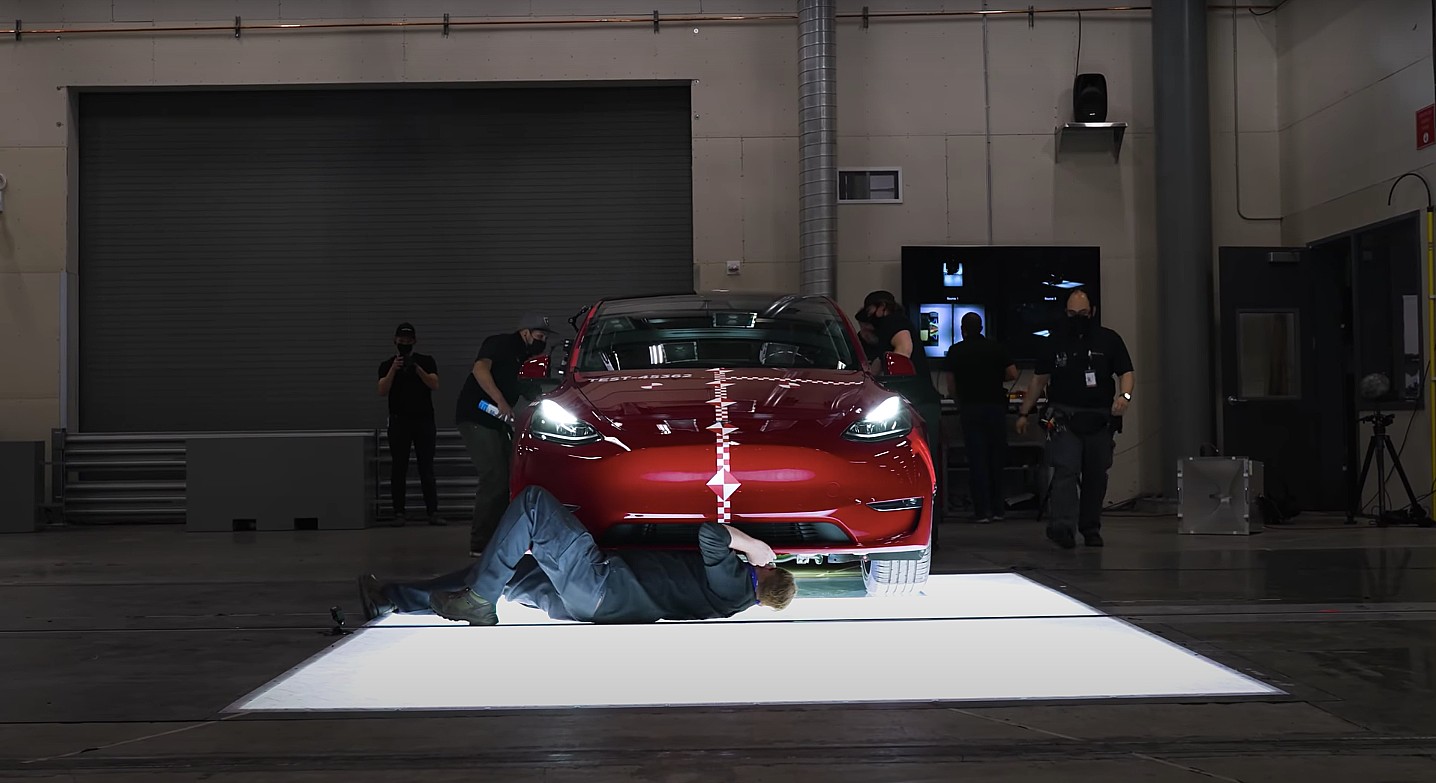 Teslas are already among the safest, if not the safest, vehicles on the road today. Thanks to their all-electric design, Teslas have garnered a reputation for protecting their occupants even in serious accidents. As indicated by the company in a recent video, however, its vehicles are only going to get even safer with time. This is in no small part due to the efforts of the company’s engineers working in the Tesla crash lab.

A rare look at Tesla’s crash lab was recently posted on the company’s official YouTube channel. In the video, several engineers working at the state-of-the-art facility explained how Tesla goes above and beyond in its efforts to release the safest vehicles possible to customers. To accomplish this, Tesla utilizes its key strengths, from its ever-expanding fleet and its mastery of software, to simulate, develop, and improve its vehicles’ safety systems.

As noted by one of the company’s safety engineers, automakers typically build vehicles for industry crash testing. However, the scenarios represented by industry tests typically correspond to but a fraction of real crashes that happen on the road. Through the data it has gathered from its fleet, Tesla has learned that real-world crashes are a lot more complex than those typically simulated by industry tests. It is these more complex, varied, and difficult crashes that Tesla is addressing in its lab.

“Previously, the best way to design a safe car was for industry-standard crash testing, and those crash tests are like a few grains of sand that are meant to represent the beach. But in reality, the beach is infinitely more complex. Every crash is different. With emerging technologies, there are new opportunities now. We can look at the real world and design for that,” Dan, a Tesla safety engineer, noted.

Thanks to a fleet of vehicles that are fully instrumented from a sensing perspective, Tesla is able to determine the exact circumstances that happen in the event of a real-world collision. Using the data gathered from these events, the company could then tune its vehicles’ safety systems, from the reaction of seatbelts to the optimal timing for the deployment of airbags. Tesla tunes its vehicles’ safety systems extensively, and once improvements are refined enough, the improvements are queued to be released in one of the company’s over-the-air updates.

These updates are then distributed to the company’s fleet of vehicles, effectively making the Tesla fleet safer overnight. What is quite incredible is that the company does this completely free of charge. As highlighted by Anders, one of the video’s featured safety engineers, Tesla is hoping that over time, its safety efforts could actually become the industry standard. Such a change could make the roads significantly safer.

“We think over time, this will change how you design for vehicle safety. It’s all based on knowledge. I think this is just the beginning of a journey for us. The reason we’re doing this is simple. It’s because A, we can, we have the ability. And B, it’s because it’s the right thing to do,” the safety engineer said.

Watch how Tesla’s crash lab works in the video below.