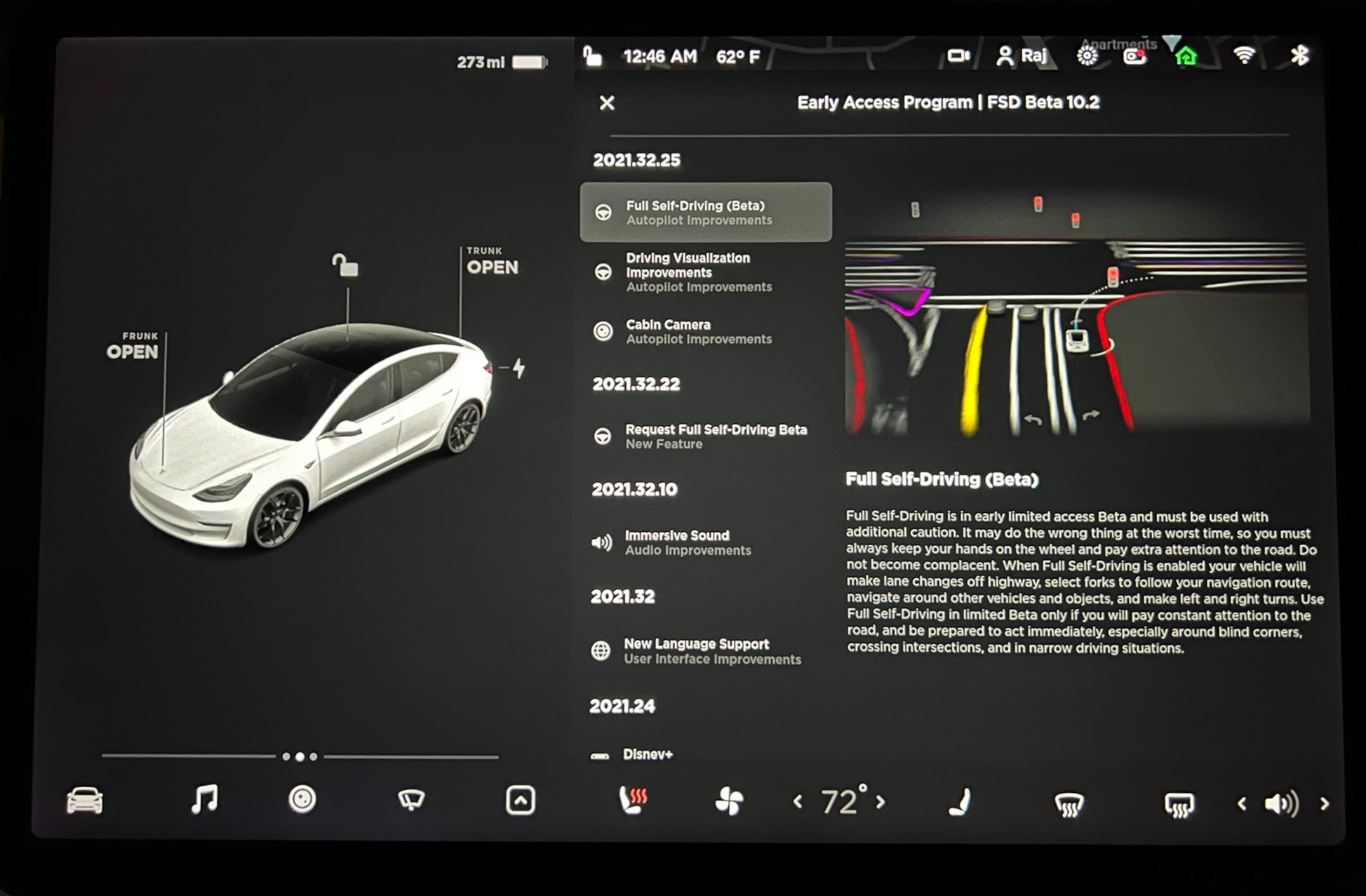 After a slight delay this weekend, Tesla has formally started the rollout of Full Self-Driving (FSD) Beta 10.2. The update is being pushed not only to the company’s existing group of FSD Beta testers; it is also getting released to a new batch of owners who have earned a perfect rating in the company’s Safety Score system.

Amidst social media posts from veteran FSD Beta testers who have been part of the program for the better part of a year now, Tesla CEO Elon Musk tweeted that FSD Beta 10.2 is being rolled out to cars that have received a Safety Score of 100 for the past 100 miles. This would likely result in a great number of new testers, as numerous Tesla owners have been working really hard to qualify for the rollout of FSD Beta 10.2.

FSD Beta 10.2 was initially set to be released on Friday midnight to about 1,000 new owners with perfect safety scores. According to Musk, the rollout of the advanced driver assist system would be held for a few days to see how the program goes, and if it was successful, FSD Beta would be gradually rolled out for owners with a Safety Score of 99 and below. The CEO, however, later clarified that FSD Beta 10.2 would need a couple more days before it was ready.

Musk followed these up with more tweets about the FSD Beta rollout. Late Saturday, the CEO stated that the Tesla team was working extremely hard over the weekend to ensure a safe release of the advanced driver assist system. Musk did note, however, that he had been informed that FSD Beta 10.2 was a go for a Sunday night release. This was reiterated in another post on Sunday night when Musk assured a longtime FSD Beta tester that the 10.2 update was indeed coming in a few hours. The CEO was not joking.

Tesla’s Release Notes for FSD Beta 10.2 seems to be identical to previous versions of the advanced driver assist suite, suggesting that the improvements to the system were mostly under the hood. That being said, longtime FSD Beta testers have observed that 10.2 is a significant improvement over the system’s previous iteration. Several zero-intervention drives have already been posted on YouTube, and owners who have been part of the program since last year have described FSD Beta 10.2 as a smooth, confident, and stable build. Reports of a stricter driver monitoring system while FSD Beta is engaged have also been shared online.

So far, the initial impressions of FSD Beta 10.2 seem to be highly positive. The wider release of the advanced driver-assist system is also evident, with numerous Tesla owners sharing their welcome emails from the company on social media. Overall, the release of FSD Beta 10.2 seems to be a landmark accomplishment for the company. After an extremely cautious 11 months of testing FSD Beta with a very limited number of users, Tesla is now gradually testing its advanced driver-assist system with a much larger fleet. This could be of great benefit to the FSD Beta program, as the amount of training data for Tesla’s neural networks would likely see a massive rise soon. This should pave the way for faster updates to the FSD Beta system, which should allow the company to get closer to its goal of attaining true autonomous driving in the future.

Watch a first drive video of FSD Beta 10.2 in the video below.