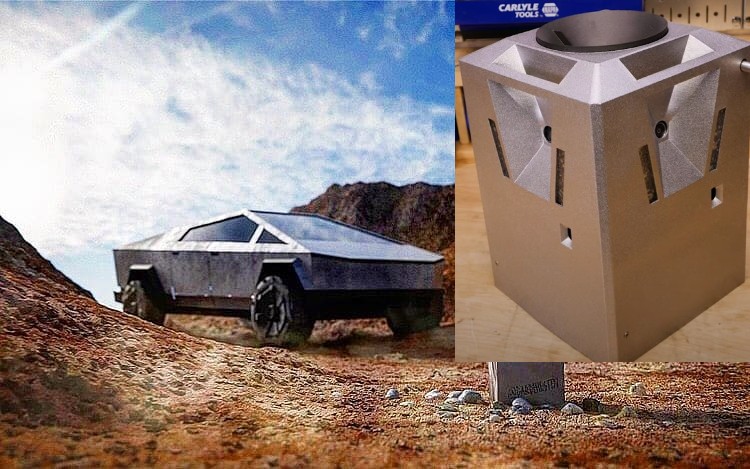 Mark Rober, one of YouTube’s notable personalities, recently took the wraps off his new project—the Glitterbomb 3.0. Part experiment and part petty revenge, the Glitterbomb has become an annual tradition of sorts for the former NASA engineer. This year, Rober opted to introduce some interesting upgrades to his contraption.

Right off the bat, the inventor stated that this year’s Glitterbomb project features a “Tesla Cybertruck-inspired” flair. This could be seen in the contraption’s silver exterior and angular design, which invokes the stark lines of Elon Musk’s now iconic all-electric pickup. The Glitterbomb 3.0’s design is but the tip of the iceberg, as Rober’s invention has several other tricks up its sleeve.

Compared to Rober’s first two Glitterbombs, iteration 3.0 is a lot more assertive than its predecessors. There are some police lights, multiple fart sprays, a few drops of essence of skunk, and of course, more glitter. It even has new features that allow Rober to directly communicate with the porch thieves. And this time around, no Glitterbombs ran out of batteries as Rober created a cleverly-hidden inductive charging mat for the device.

Rober’s Glitterbomb project shows the true potential of the maker movement, which Elon Musk has openly supported. People like Rober are the ones Musk’s companies, specifically Tesla and SpaceX, seem to inspire. Behind the Cybertruck-inspired Glitterbomb, after all, lies a ton of engineering and creativity—two things that truly make the maker movement astonishing.

Tesla, SpaceX, the Boring Company and Elon Musk’s other projects are built on people like Rober, who are imaginative and have the guts and will power to bring their ideas into the world, whether society thinks they’re necessary or not. No one asked for a Glitterbomb, but it has entertained thousands upon millions since the first generation, except for maybe the thieves that took them. It’s people like Rober and Elon Musk that could bring human civilization forward by choosing to ask what we need rather than giving us what we ask.

Rober’s first Glitterbomb was a project inspired by the engineer’s experiences with package thieves. The video introducing the first Glitterbomb gained over 85 million views on YouTube. Rober has improved his invention every year as porch thieves become even bolder.

Watch Mark Rober’s Cybertruck-inspired Glitterbomb 3.0 in action in the video below.