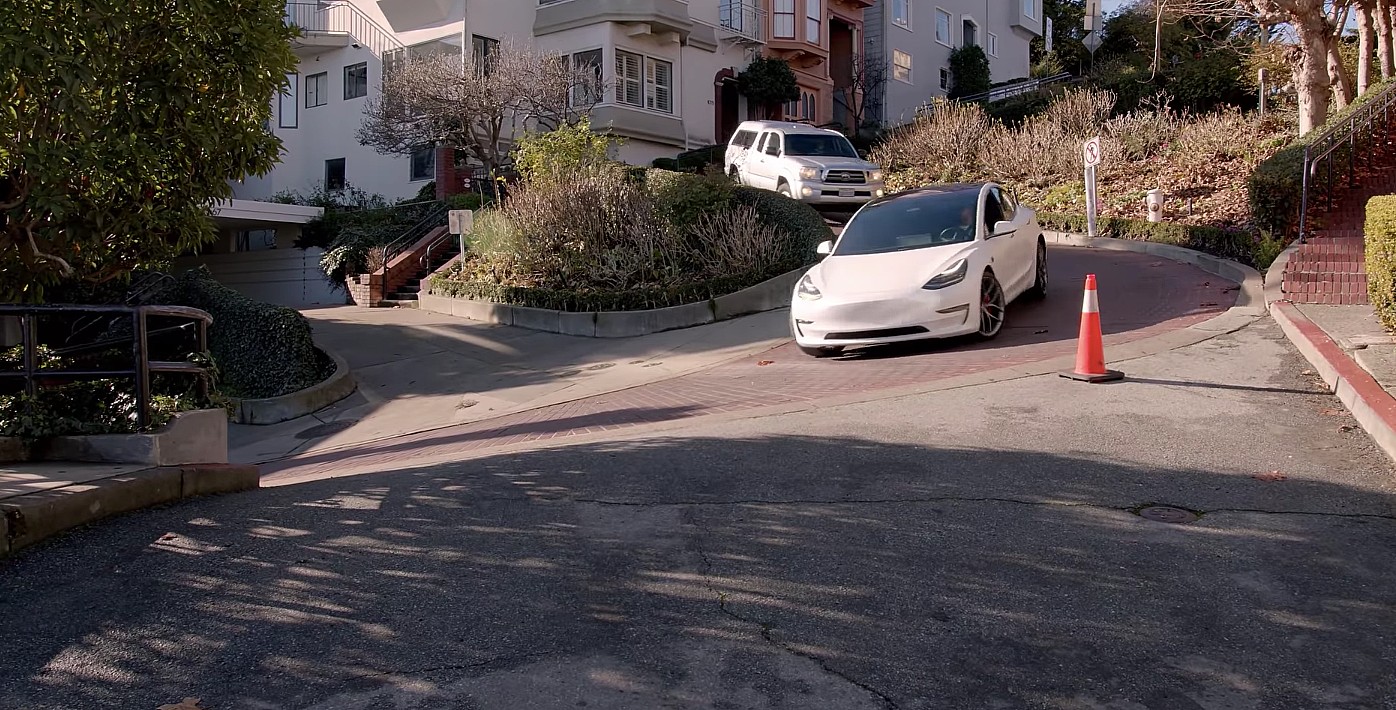 Not long after Tesla started the release of its limited Full Self-Driving beta, a rather bold Model 3 owner took it upon himself to determine if the electric car maker’s advanced driver-assist system could take on San Francisco’s famous Lombard Street. The FSD beta put up a good effort, but ultimately, the “Crookedest Street in the World” humbled Tesla’s software.

Tesla, if any, is known for its insane pace of innovation. CEO Elon Musk has stated that Tesla will be releasing an update for the FSD beta regularly. And since that fateful test on Lombard Street, Tesla has released about five updates to its advanced driver-assist system. YouTube host Tesla Raj, who conducted the initial Lombard Street FSD test, figured that it was time to take on the iconic San Francisco landmark once more.

While Lombard Street pretty much kicked the FSD beta’s behind over a month ago, it was time for Round 2.

Immediately noticeable upon engaging the FSD beta this time around was that the speed of the Model 3 was limited to a more cautious 5 mph. This allowed the vehicle to navigate the twisty curves of Lombard Street. Problem areas in the first test, such as a driveway that confused the Full Self-Driving beta, still presented some challenges to the Model 3. But after the YouTuber utilized a creative solution, the vehicle was able to recognize the street’s main path without issue.

By the end of Tesla Raj’s test, the FSD beta did what seemed to be impossible just over a month ago. From the top of Lombard Street all the way through its twisty end, the Full Self-Driving beta was able to navigate the area with zero interventions. The run was still very cautious, and the Model 3 owner noted that there were still a good number of areas where the advanced driver-assist system could improve its performance. Despite this, the fact remains that FSD beta was able to conquer Lombard Street, showing once more that Tesla’s lightning-quick innovation is nothing to scoff at.

Just over a month after the FSD beta was humbled by the “Crookedest Street in the World,” Tesla’s FSD beta came back for Round 2. And this time around, the winds were very much in favor of Tesla’s advanced driver-assist system.

Watch Tesla’s FSD beta take on Lombard Street in the video below.