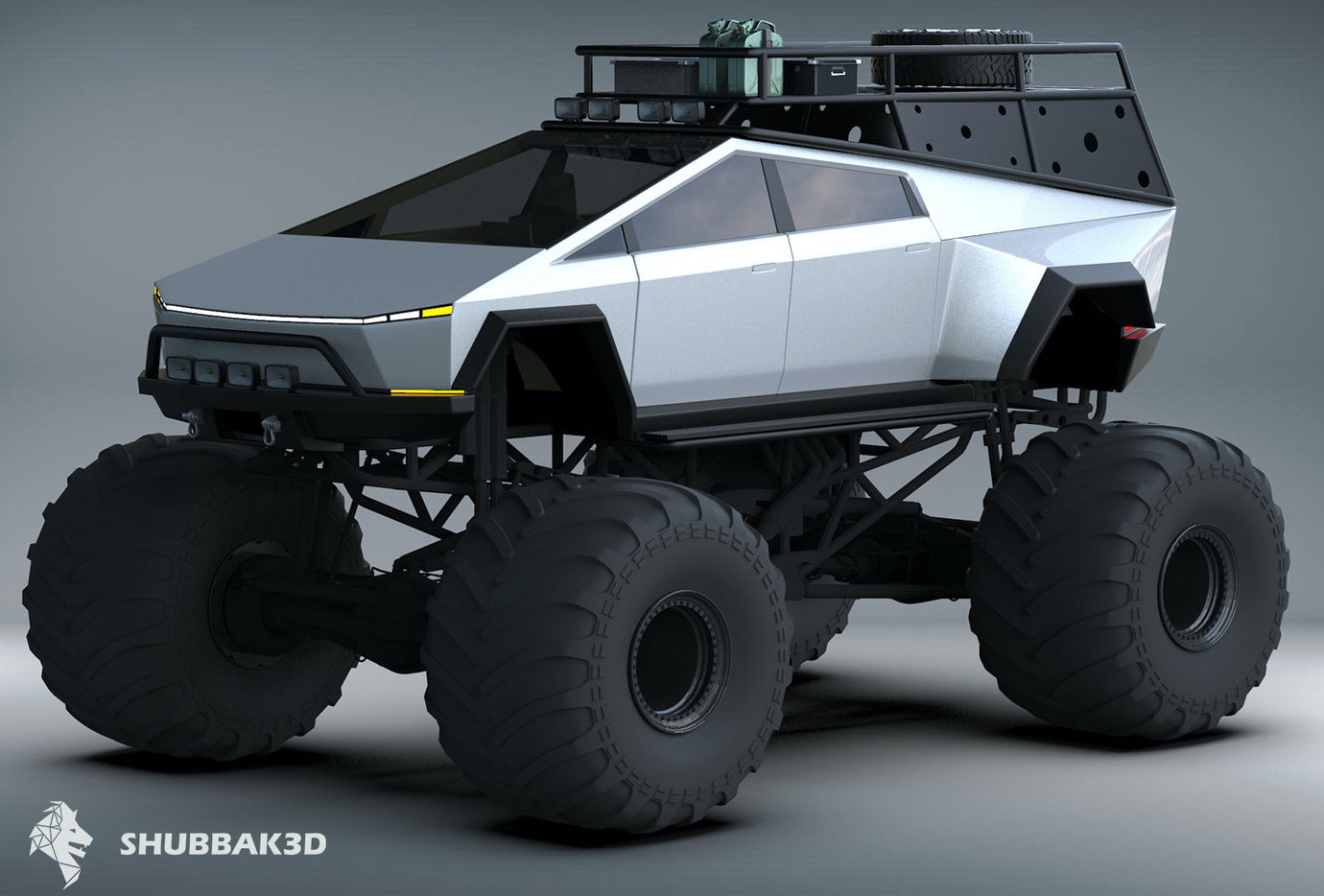 In the world of extreme auto, there are no machines that are more intimidating than monster trucks. With their massive engines and giant tires, monster trucks are associated with pure automotive mayhem and insanity. And if there is anything that’s still largely missing from the monster truck scene, it is the presence of all-electric vehicles. A Tesla Cybertruck could probably change this status quo.

Automotive 3D concept specialist shubbak.3d recently shared his take on what a “Monster Edition” of the Tesla Cybertruck could look like. The artist did pretty well in his concept, adding classic monster truck flourishes to the already domineering Cybertruck. The beast of the machine is pictured with numerous modifications such as a body kit, high suspension, and giant wheels.

Overall, the render depicts what could only be described as a futuristic iteration of a monster truck that still invokes the classic monster truck spirit that everyone loves. The all-electric beast is still recognizable due to its classic lifted components, but it is evident that the vehicle is unlike any other truck that has ever graced the monster truck arena. Considering the rather understated aspects of the artist’s design, it would not be surprising if such a vehicle does get built in the future.

If a real-life version of the “Monster Edition” Cybertruck does get built in the future, it will not be the first all-electric monster truck of its kind. That honor actually goes to the ODYSSEY Battery BIGFOOT No. 20 Monster Truck, which debuted in 2012. This machine, which carries one of the most respected names in the monster truck industry, made waves when it was unveiled eight years ago. The machine, however, appears to have stayed mostly under the radar since.

Interestingly enough, the all-electric BIGFOOT monster truck broke some classic FUD during its debut. As noted by BIGFOOT executive Bob Trent in a statement to New Atlas, the battery-powered truck attracted its own fair share of critics, with naysayers arguing that the vehicle’s batteries won’t even make it to the cars that the machine will crush. The electric BIGFOOT monster truck proceeded to shame its critics by running 20 minutes straight and crushing multiple cars in the process.

For all its ridiculousness, there is some justification for the creation of a monster Cybertruck. Monster trucks, after all, are the very representation of excess, and it shows in their consumption of energy. During the record-setting 99.1 mph run of the Dodge “Raminator” in 2014, for example, the vehicle burned through five gallons of fuel in the quarter-mile. That translates to a consumption of about 264 feet per gallon. If the all-electric Cybertruck can beat the world’s best monster trucks in performance and still be more efficient, the world of monster trucks will likely never be the same.