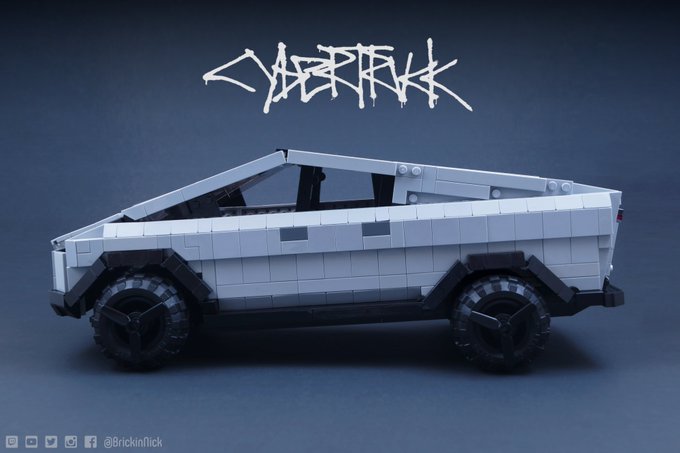 One Tesla Cybertruck fan has gone the extra mile by creating a LEGO version of the futuristic electric truck and submitting it to the Danish toy maker’s Ideas program.

The proponent who goes by the handle BrickinNick on Twitter and Instagram shared his dream with his followers and requests for support to ‘brick’ his idea to life.

“The Tesla Cybertruck comes to life in the brick. And you can help this polarizing electric vehicle become a real LEGO set over on LEGO Ideas,” BrickinNick wrote.

The Tesla Cybertruck comes to life in the brick.

And you can help this polarizing electric vehicle become a real LEGO set over on LEGO Ideas.

The idea of creating a Cybertruck LEGO to immortalize the upcoming electric pick-up truck has gained some immediate support in Twitterverse.

“Woooh let’s get this made,” said a Twitter user @shaybaz.

Another Twitter user Joshua David Hopp wrote, “That should be an actual LEGO set. That’s epic.”

LEGO Ideas is a fan program that encourages enthusiasts to unleash their creativity. One can submit an idea online and build it using actual LEGO bricks or a virtual building tool. Once done, the toy builder submits photos of their creation to LEGO and await approval. When approved, one should promote the project online or offline to gain the support needed.

“The journey of becoming a LEGO Fan designer is incredibly challenging and requires a unique brick-built concept, solid planning, a boatload of determination, as well as a healthy amount of patience,” the LEGO Ideas website reads. 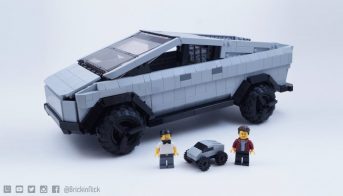 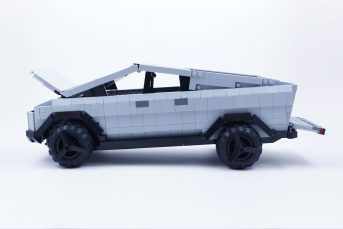 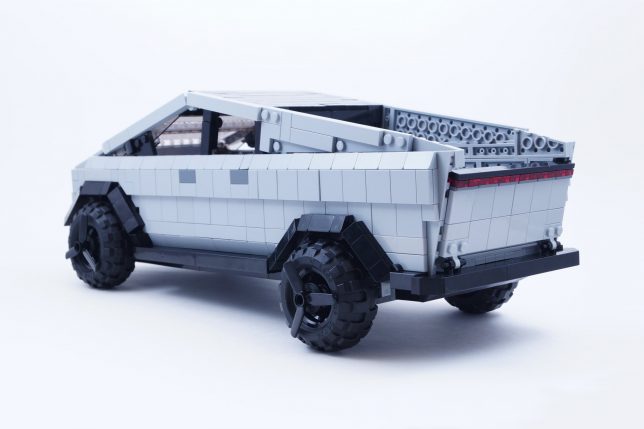 Ideas such as BrickinNick’s Tesla Cybetruck needs 10,000 supporters before qualifying for a round of expert review. Once approved, the toy builder then collaborates with LEGO designers to finalize the design for production and eventually for the store shelves.

In the past, other fans of Elon Musk and his companies submitted promising ideas to LEGO, including a campaign for a Space X Falcon 9 Rocket kit which has gained 2,700 supporters since its 2017 beginning. There was also a fan who built a Tesla Model 3 complete with Sentry Mode for LEGO Ideas.

The Tesla Cybertruck was unwrapped on Nov. 21 featuring an aggressive, futuristic design, ultra-hard stainless steel, 14K lbs. towing capacity, and a $40,000 base price.

It was not love at first sight for most at Wall Street with shares of Tesla taking a hit after the Cybertruck unveiling. LEGO even made fun of Tesla over Twitter following the Armored Glass fail.

The evolution of the truck is here. Guaranteed shatterproof 😬 pic.twitter.com/RocTEkzzwI

As of reporting, the Tesla Cybertruck LEGO set has 124 supporters. The project has surpassed the 100-supporter milestone and has gained an extra 365 days for the campaign.  Supporters have 424 days left to cast their votes.