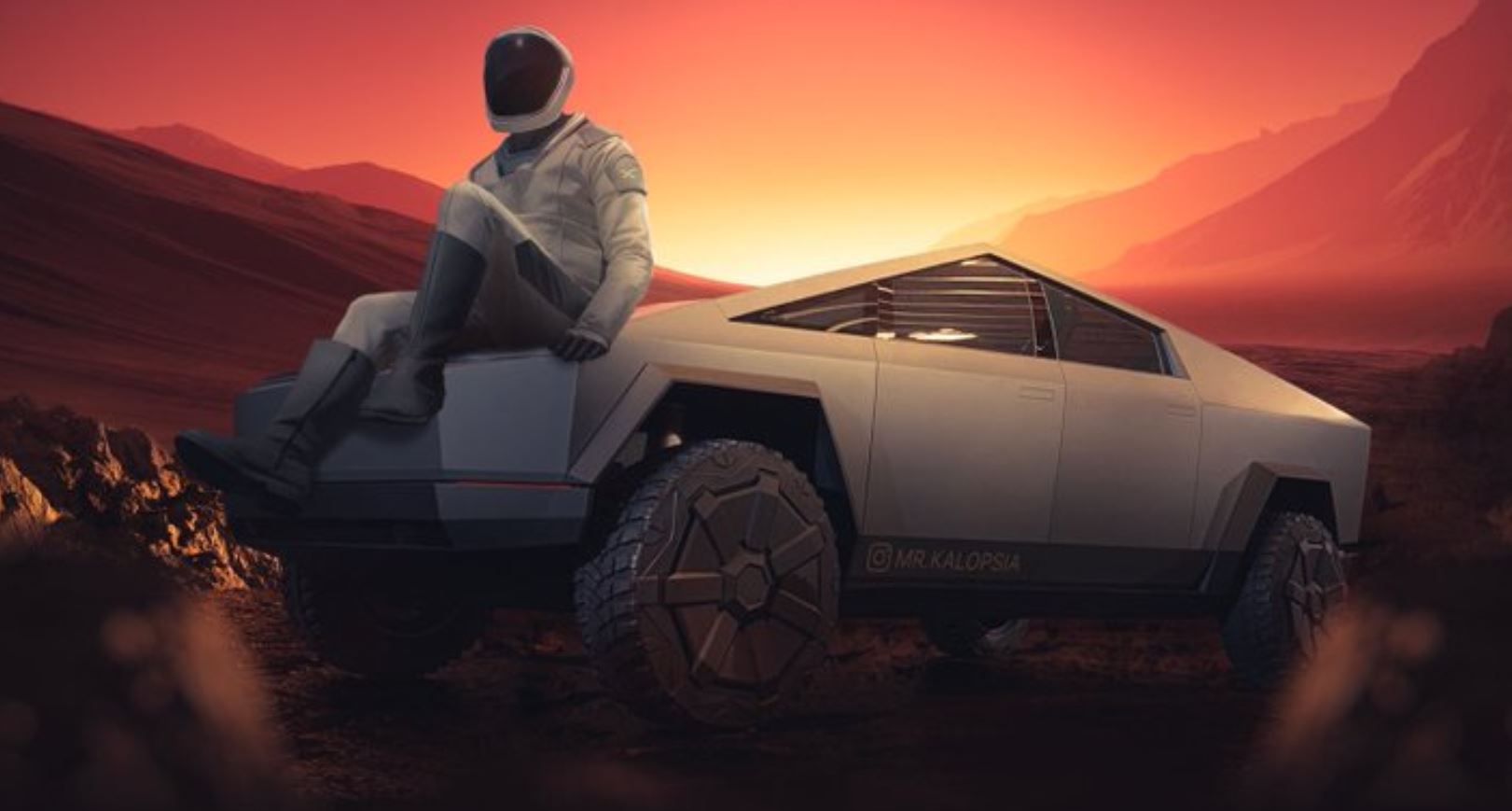 Tesla owners welcomed the news that Disney+ is coming to their in-car entertainment system and they can soon enjoy the popular Star Wars series The Mandalorian, but no one can deny that the force is also strong with this one — a Tesla Cybertruck aboard the SpaceX Starship during its initial mission to Mars.

One can only wonder if the upcoming all-electric Cybetruck will really end up on the Red Planet, but “a possibility it is” if CEO Elon Musk’s response via Twitter will be basis. On Sunday, Twitter user @C3LT_Games asked about the possibility and Musk wittingly replied with a smiling face with sunglasses emoji.

Earlier this month, another conversation on Twitter gave the same signal when @justpaulinelol asked Musk if the next Falcon Heavy will carry a Cybertruck, to which Musk responded “Maybe on Starship? It’s def got the payload capacity…”

And who will forget this tweet just before he unveiled the brutalist all-electric pickup truck:

If Elon Musk was able to send the Tesla Roadster to space, it’s not a far possibility that he can bring the all-electric pickup truck to Mars. After all, the Cybertruck has a bit of the Starship in it as the latter uses the same stainless-steel alloy as the SpaceX’s rocket ship heading to Earth’s planetary neighbor.

The Cybertruck has also been likened to NASA’s Mars Concept Rover unveiled in 2017. The space agency’s rover looks like an armored personnel carrier from the future and looks very tough, just how the upcoming Cybertruck looks like. If the Cybertruck has been designed to play another role is not a far possibility since these electric vehicles can run on Mars since they don’t need oxygen like internal combustion engines. Elon Musk has mentioned as much on Twitter.

Just over the weekend, the SpaceX CEO gave his followers a glimpse of how the company is doing with the tank domes of the Starship, a process he referred to as the most difficult part of the build.

Of course, the tweet about the Cybertruck on Mars can just be Elon Musk trolling the internet once again. While there are goals and deadlines that will help meet the company’s master plan, consumers and followers are often treated to Easter eggs in software updates. Tesla owners are all familiar with their vehicles’ special features and secrets, such as Monty Python-inspired Easter Eggs, or Fart Mode. Tesla also has a lot of Musk’s humor in its blood, as shown when the company invited UFOs to use the nearby Supercharger during the heat of Area 51 raid news in September.