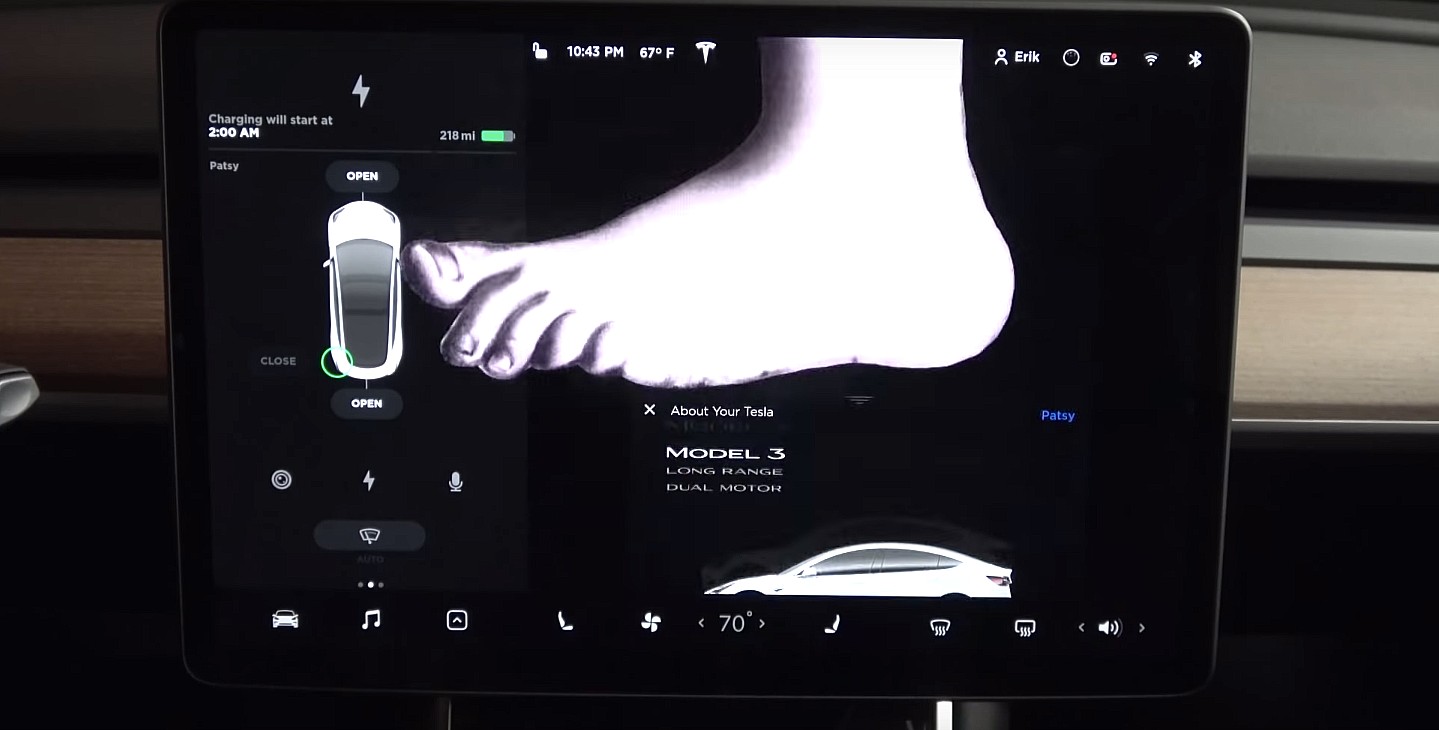 Tesla CEO Elon Musk has an ongoing love affair with pop culture. Most specifically, memes, Spaceballs and of course Monty Python, who is the subject of Musk’s most recent Tesla Easter Egg. However, the secret feature requires some customization from the user before showing itself.

The Easter Egg is an ode to Monty Python’s Flying Circus, a sketch comedy series that was created in the late 1960s and ran to 1974 by the comedy group from Britain. The show ran for four seasons and featured forty-five different episodes. But in order to understand Musk’s reference to the show, you won’t have to know every line off the top of your head, you won’t even need to have seen an episode. The show’s introduction is all that needs to be viewed to understand the comedy.

On your Tesla’s dash, you will need to name your car after any of the following Monty Python characters: Patsy, Rabbit of Caerbannog, Mr. Creosote or Biggus Dickus. The large foot that comes crashing down at the tail end of the Flying Circus show intro will then come onto your screen, followed by a sound that is presumably a soundbite from Tesla’s “Toilet Humor”. In addition to the giant foot, Theater Mode will feature a new Monty Python tile will appear that will open a YouTube search for the keywords “Monty Python”. The Easter egg will work on any of Tesla’s currently released models.

This is not the first time that a Monty Python inspired easter egg has made it into a Tesla. You can ask your car to play any Monty Python skit and it will bring it up for you and others to view. But the British show has made it into other Musk projects, as well. In fact, a Boring Company watchtower that was inspired by Monty Python and the Holy Grail made its way to a party that unveiled the first underground tunnel in Hawthorne, California. As of May 2019, the dummy knight is still in his tower, waiting for his next party.

Elon Musk has continued to make being a Tesla owner new, fun, and exciting. The advantage of the company’s software updates not only allows users to experience performance improvements like suspension adjustments but also entertainment features that will keep your car fresh and exciting.

You can watch the new Monty Python easter egg in a video that was created by Erik of TeslaInventory.com below: