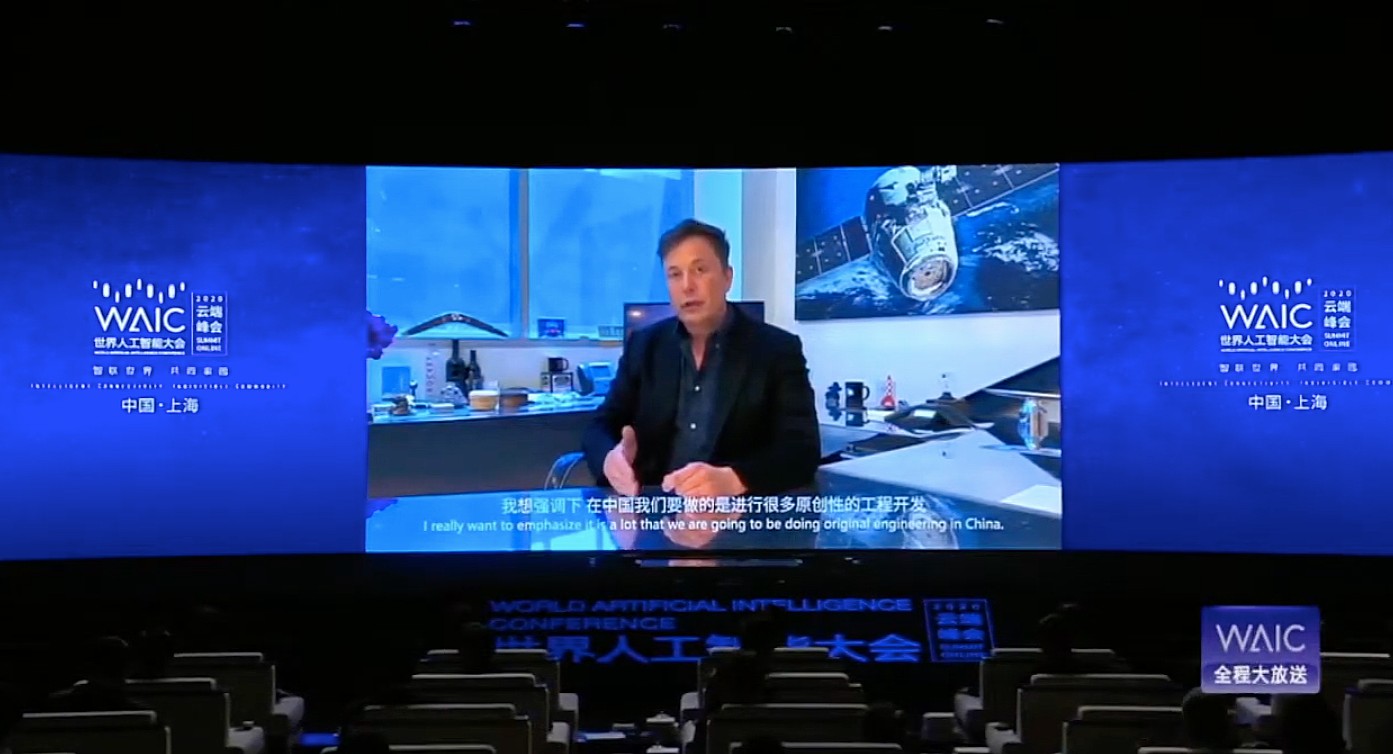 Quite unlike his previous appearance at the World Artificial Intelligence Conference in China last year, Elon Musk’s appearance at this year’s event featured what could only be described as a Q&A session about Tesla’s tech and AI. During his talk, Musk covered several topics, from the rollout of Level 5 Autonomy to the utilization of Project Dojo to the work that’s being done so far in Gigafactory Shanghai.

When Musk was asked about how AI plays a role in the rollout of full self-driving technologies, the CEO remarked that autonomy is indeed coming, and it would be coming quickly. Musk then reiterated his previous points about the release of a feature-complete version of Tesla’s Full Self Driving suite, which should be ready by the end of the year. Interestingly enough, the CEO emphasized that he no longer sees any fundamental challenges that Tesla could face on the way towards achieving Level 5 autonomy.

Apart from these, Musk highlighted that real-world data is incomparable when it comes to developing full self-driving systems. Real-world scenarios are complex, Musk stated, and thus, simulations simply don’t cut it. To accomplish this, Tesla designed its own FSD unit, Hardware 3, as well as Dojo, a training computer that could allow the company’s neural networks to be trained in a quicker, more effective manner. This vertical integration matters, and it sets Tesla apart from competitors in the market.

“I think there are no fundamental challenges remaining for Level 5 autonomy. There are many small problems. And then there’s the challenge of solving all those small problems and then putting the whole system together and just keep addressing the long tail of problems. So you’ll find that you’re able to handle the vast majority of situations. But then there will be something very odd. You have to have a system figure out a train to deal with these odd situations. This is why you need real world situations. Nothing is more complex and weird than the real world,” Musk noted.

Apart from his discussions on Tesla’s Full Self Driving suite, Dojo program, and vertical integration, Elon Musk also spoke highly of the progress that could be seen in Gigafactory Shanghai. The facility, which is Tesla’s first vehicle production plant outside the United States dedicated for the Model 3 and Model Y, has been firing on all cylinders despite the onset of the coronavirus, and it has allowed China to provide a good boost to the company’s numbers in the second quarter. Musk remarked that he is impressed with Gigafactory Shanghai’s ramp so far, and that he cannot wait to visit the site once more.

Overall, Musk’s appearance at the WAIC this year was a lot more insightful compared to his ad hoc debate with Alibaba co-founder Jack Ma last year. During that debate, Musk and Ma bumped opinions about the safety of AI, as well as the proper approach to developing artificial intelligence. While Musk was his usual cautious self, the Alibaba co-founder was optimistic, stating that AI would never be able to exceed the true capabilities of humans.