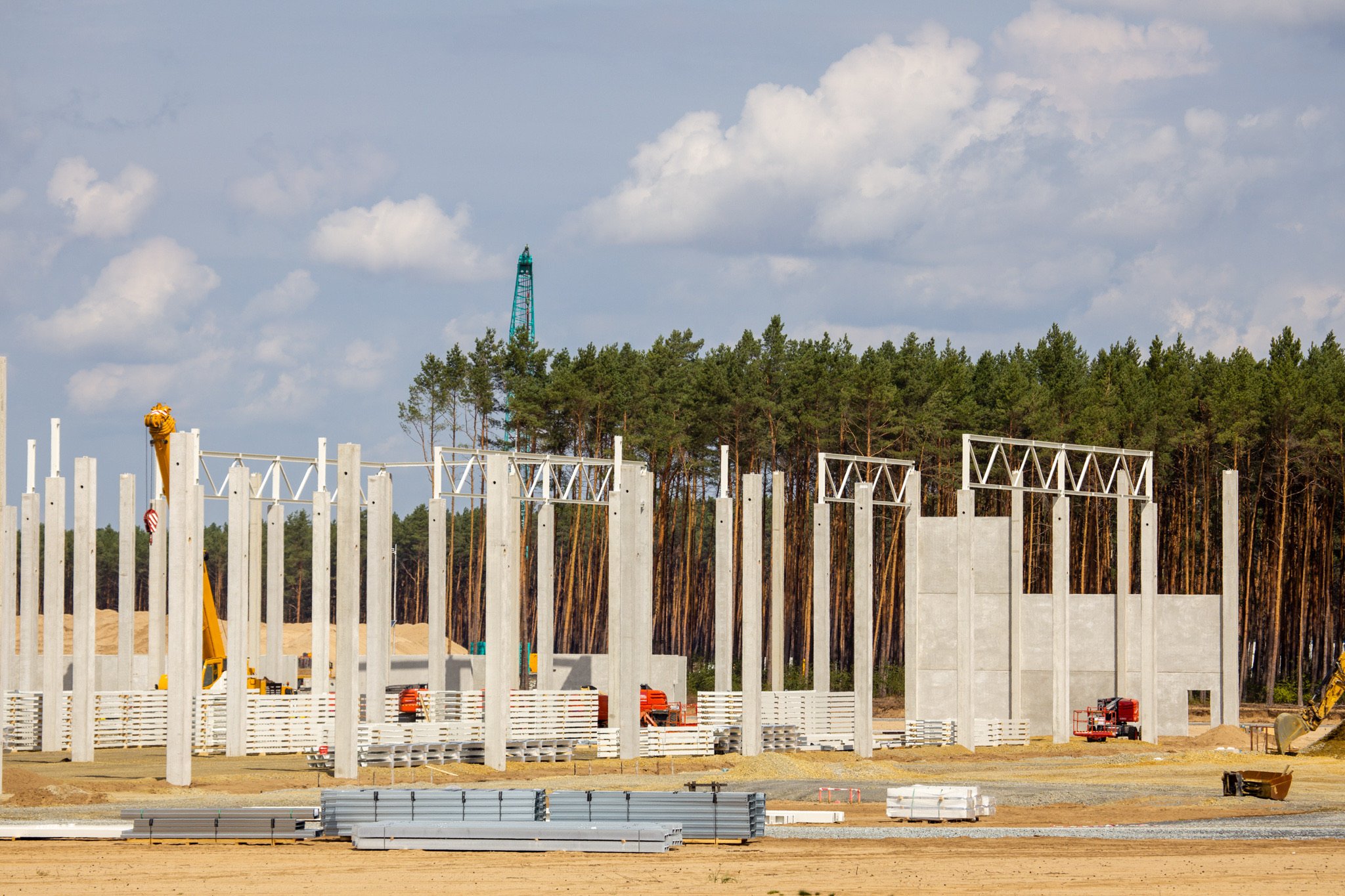 Tesla Giga Berlin is coming together quickly thanks to prefabricated construction

Tesla’s Giga Berlin production facility will come together at record speed thanks to a pre-fabrication construction method that the company is using.

“Giga Berlin will come together at an impossible-seeming speed,” Musk said on Twitter. “The prefabricated construction method in Germany is extremely impressive.”

Giga Berlin will come together at an impossible-seeming speed. The prefabricated construction method in Germany is extremely impressive.

Prefabricated construction is an efficient method of building structures. Large portions of a structure are assembled at a manufacturing site. After they are created, they are transported to a construction job site and installed into the appropriate area.

This morning on the Giga Berlin site, several prefabricated elements of the facility arrived via train.

Reinforced concrete beams and walls that will become apart of some of the main structures of the facility were installed into the ground. Giga Berlin’s buildings are beginning to take shape in an accelerated fashion thanks to the prefabricated method that the company is using.

Tesla began the project in early January 2020 by excavating the property and removing the low-quality trees that were used for commercial cardboard production. The progress on the site has encountered roadblocks since January, but Tesla has continued to move swiftly in the pursuit of erecting the German facility.

Most recently, foundational work was installed into the ground for the Drive Unit facility and Paint Shop. Also, fire protection equipment was introduced into the facility’s paint shop, which will offer new, world-class quality colors for vehicles manufactured in Berlin.

As of now, Tesla plans to begin producing its all-electric vehicles in Berlin in July 2021. The company has indicated that the Model Y will be the first car produced in the facility. Still, other models will follow after the first few production runs of the all-electric crossover are completed.

Tesla plans to hire 10,500 employees who will work at the facility. Not only will Giga Berlin manufacture electric cars, but there will also be a battery production facility on the property when the company has the proper team. During the company’s Q2 2020 Earnings Call, Elon Musk and VP of Powertrain and Energy Engineering Drew Baglino indicated that the bottleneck of battery production at the German plant comes down to lack of talent and high employee turnover.

Tesla Giga Berlin is coming together quickly thanks to prefabricated construction