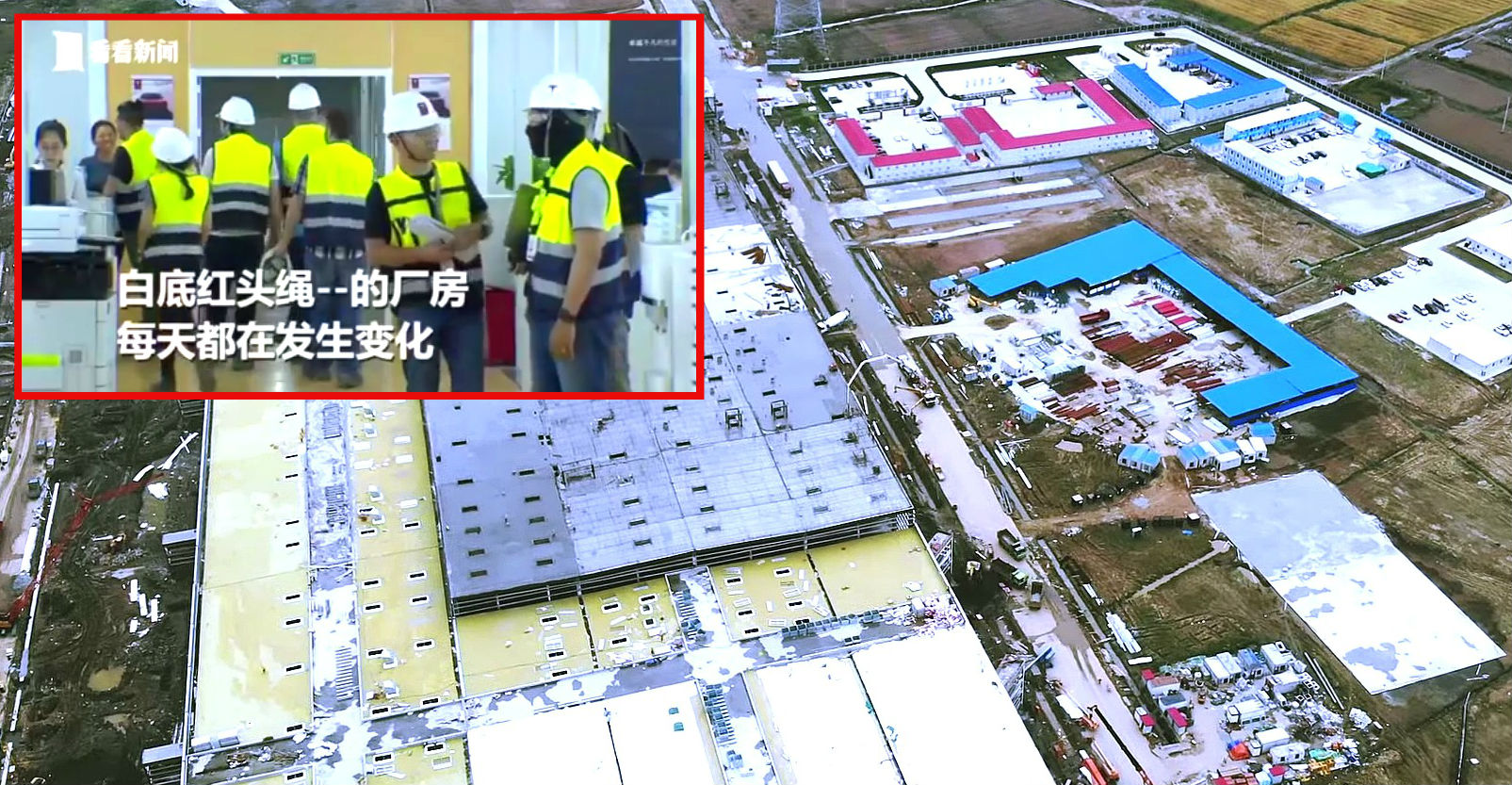 It appears that Tesla and its Chinese construction partners are determined to exceed expectations with Gigafactory 3’s buildout. Just recently, a local Chinese media outlet was given permission to film inside the Gigafactory 3 complex, and based on the news agency’s footage, it appears that some offices in the expansive Shanghai-based site are already operational.

The local news site, Kanka News (看看新闻) noted in its video that the Gigafactory 3 plant had been structurally capped. The electric car maker reportedly deployed 30 overseas employees to the site, who are currently working with a team of 140 Tesla China employees. This joint project team is reportedly responsible for the safety commissioning of indoor electromechanical facilities in the Gigafactory 3 complex.

It was emphasized in Kanka’s footage that the entire Tesla team in China is currently pushing to prepare for the local production of the Model 3 later this year. To accomplish this, Tesla has deployed Model 3 project managers from the US to the Gigafactory 3 site, while simultaneously filling in posts for the facility’s operations and management.

Looking at the footage captured by Kanka News, it is difficult not to be impressed at the speed upon which Gigafactory 3 is being built. The offices where the US and China teams are working on look finished and refined, though it seemed like the employees are situated in one of the modular structures that were first built on the Gigafactory 3 complex.

Interestingly enough, several Gigafactory 3 workers that were filmed by the local Chinese news agency were wearing safety vests and helmets as they appeared to be exiting the offices. This suggests that employees in Gigafactory 3’s operational areas still frequent sections in the site that are still under construction.

Earlier this week, a report from Yicai Global, another Chinese news agency, noted that the first batch of employees hired by Tesla through its job fairs are being informed that they will be reporting for duty by the end of July. This target timeframe seemed ambitious then, but considering the contents of Kanka News‘ recent footage of Gigafactory 3’s offices, it appears that some sections of the complex are already ready to be filled with workers.

The pace of Gigafactory 3’s construction has been nothing but astounding. When Elon Musk attended the site’s groundbreaking event in January, he noted that the first China-made Model 3 will likely roll off the factory by the end of the year. This timeline, while already ambitious, has seemingly been accelerated by China, with speculations pointing to the possibility of Model 3 production starting as early as September, barring any unexpected delays.