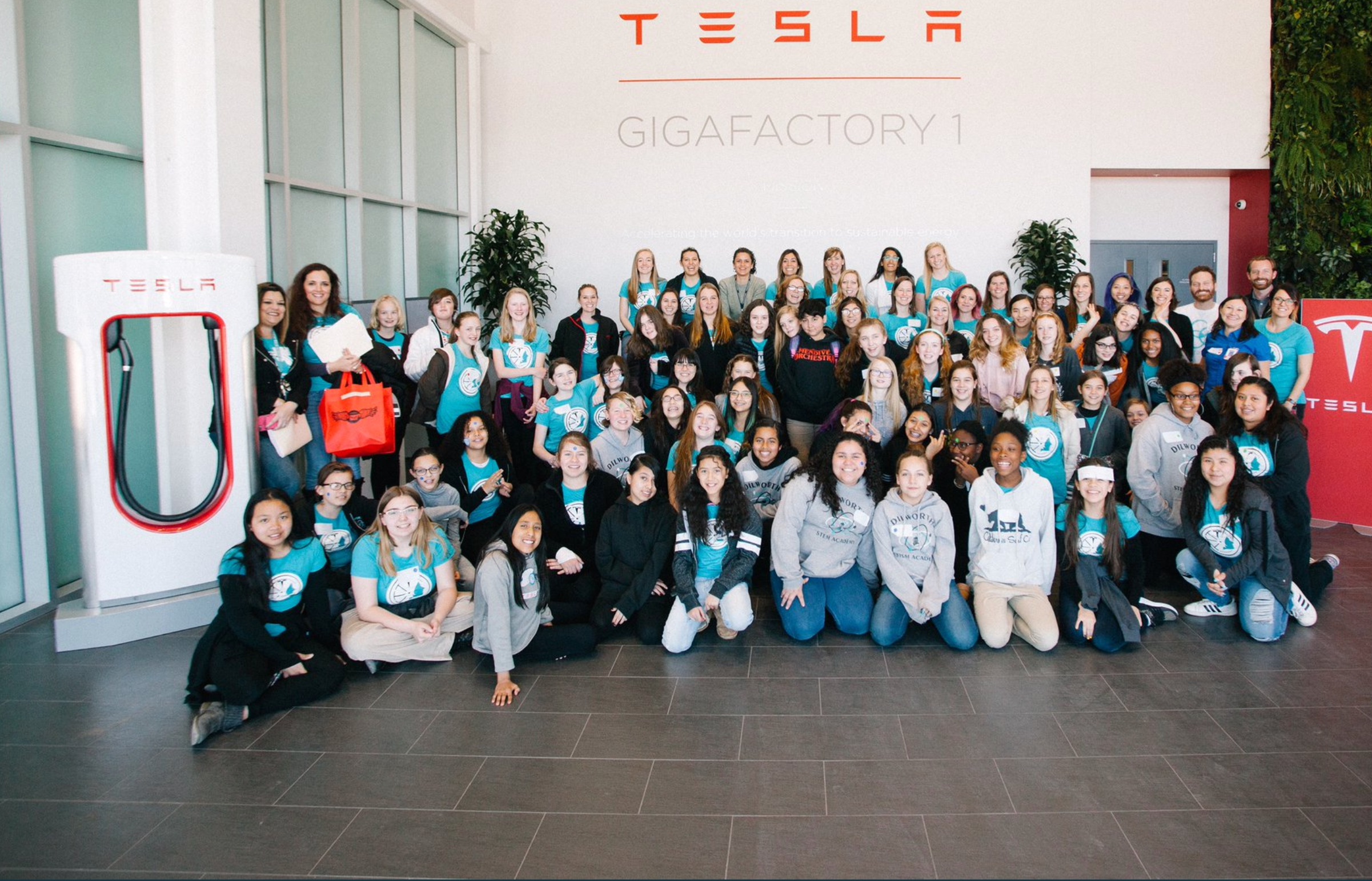 Tesla participated in this year’s Introduce a Girl to Engineering Day, an initiative that aims to foster and support the interest of young women in the engineering field. Held in partnership with DiscoverE, formerly known as the National Engineers Week Foundation, Tesla hosted a number of local 6th-grade students as they engaged in some fun, educational activities at the Nevada Gigafactory.

DiscoverE’s annual Introduce a Girl to Engineering Day (usually shortened to Girl Day) is currently in its 17th year. Created to support “girls’ interest in the fascinating, and sometimes unexpected, work that engineers do,” Girl Day offers young girls an opportunity to get an early, hands-on experience in the engineering field through a series of field trips, exhibits, camps, and other programs that are held in partnership with established companies.

According to the Gigafactory field trip page on DiscoverE’s website, participants in the Tesla factory tour were able to interact with female STEM career professionals working at the Nevada facility. The female Tesla employees helped the students build a balloon-propelled car, a suspension bridge, and a motor. The local 6th-grade girls who participated in the activities were also given a tour of Gigafactory 1.

Other activities in Tesla’s Introduce a Girl to Engineering Day program involved the students having a go at an energy bike and a special lunch with a number of female professionals working at the Nevada facility.

Introduce a Girl to Engineering Day at Gigafactory 1 pic.twitter.com/8yBriAXPSt

Despite hosting the activities back on February 22, Tesla only shared images of the special day on its official Twitter account today. Considering the nature of the event, many of Tesla’s followers in the microblogging platform lauded the electric car maker for taking part in the initiative. Such programs, after all, support the notion that Tesla is advocating programs that attempt to bridge the gender gap in the scientific field.

According to a study from the American Association of University Women (AAUW), the United States still features a notable gender gap in several disciplines, with males still dominating industries such as IT and engineering. The AAUW study ultimately concluded that while a certain bias against females engaging in “male” industries still exists; these inclinations can be curbed by immersing young girls in programs which prove that scientific disciplines are just as open to women as they are for men. In this regard, programs such as DiscoverE’s Introduce a Girl to Engineering Day are pivotal in emphasizing the valuable role that women play in America’s scientific field.

As we noted in a previous report, Tesla seems to be establishing itself as a company that has both a clear vision and a huge heart. Just last month, the electric car maker gave a Tesla enthusiast and cancer warrior a very special day at the Fremont factory, complete with a one-on-one driving session with Tesla Chief Designer Franz von Holzhausen and a brief talk with CEO Elon Musk.