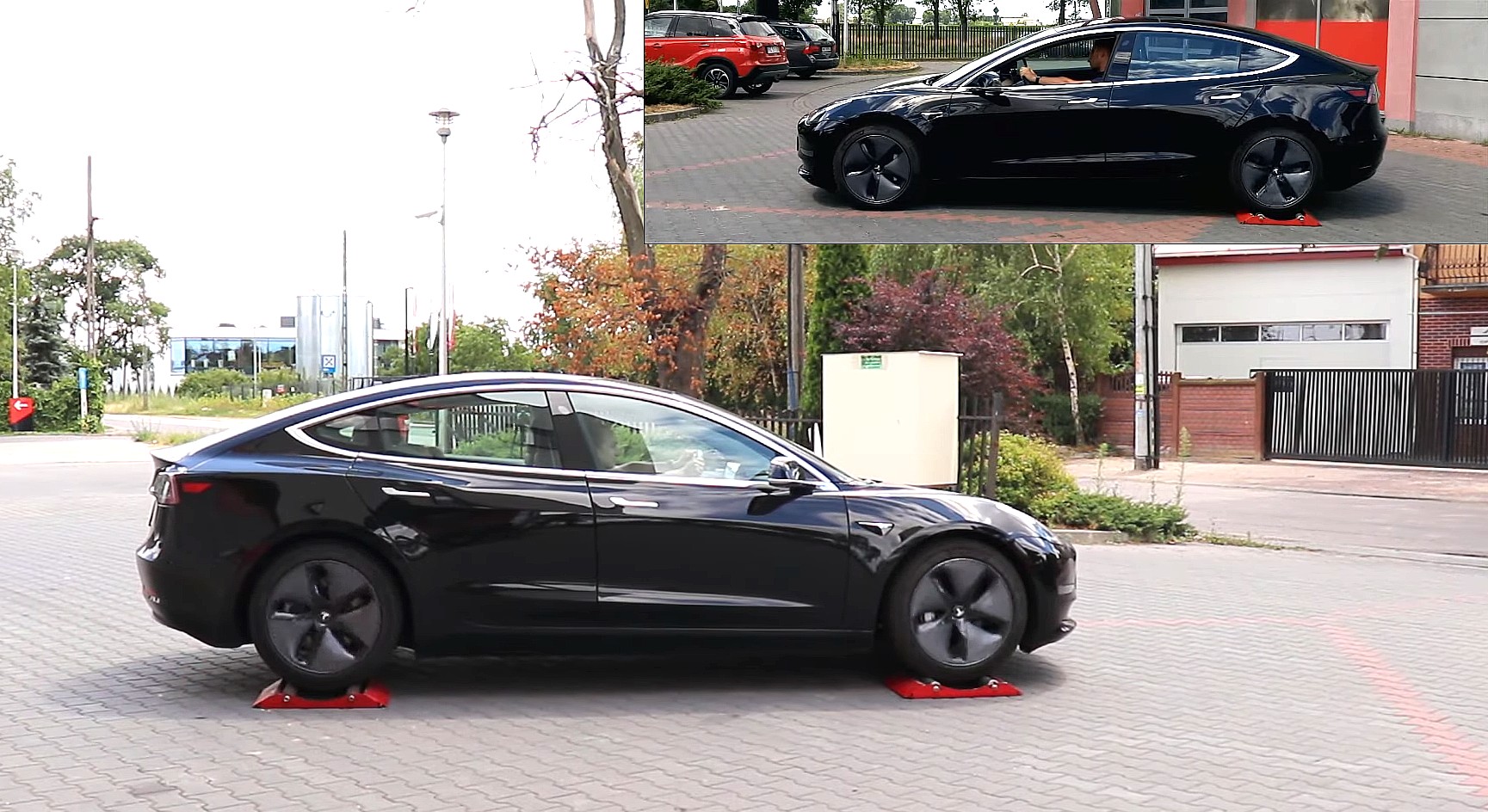 A Tesla Model 3 Dual Motor AWD was recently subjected to a series of 4×4 tests on rollers, which are conducted to evaluate the traction of a vehicles. Based on the results of the Model 3’s multiple traction tests, it appears that Tesla’s midsize sedan is an electric car that simply won’t slip.

The Model 3 Dual Motor AWD’s tests were conducted by duszaniespokojna – 4×4 tests on rollers, a group on YouTube that performs traction tests for various vehicles, including dedicated off-roaders like the Land Rover Discovery and the Suzuki Jimny to city cars like the Audi A6 and the Toyota Rav4. Through a series of tests with the rollers in varying configurations, the team is able to demonstrate how vehicles are able to find their traction in tricky conditions.

The Model 3 Dual Motor AWD is not designed or marketed as an off-road vehicle by any means, but its results from the group’s roller tests showed that the electric car is capable of finding its traction with such simple proficiency that it can easily breeze through the roller tests, both in its standard and Slip Start settings. Even a tricky test that involved three of the Model 3’s wheels being on rollers was completed without any issue.

This is particularly impressive considering that the Model 3 is, for all intents and purposes, a city car like the Audi A6, which is equipped with the German automaker’s iconic quattro technology. Audi has made an indelible mark in the auto market with its rally-bred AWD system, but even quattro vehicles like the A6 sedan exhibit some difficulty when tested with rollers on three of its wheels.

Part of the reason behind the Model 3’s stellar results in the 4×4 tests on rollers lies in the vehicle’s all-electric design. Being equipped with an electric motor both front and back, the Model 3 is able to produce a lot of torque from the get-go. Couple this with the Model 3’s notable weight due to its large, floor-mounted battery pack, as well as the fact that all of the vehicle’s wheels are electronically controlled, and one ends up with an all-electric family sedan that simply does not slip.

The Tesla Model 3 is steadily proving that it pays to be a vehicle that is designed from the ground up to be all-electric. The midsize sedan’s stellar safety ratings from both the NHTSA and the Euro NCAP were due in no small part to the car’s all-electric design, which gives the Model 3 large crumple zones in the event of a crash. The floor-mounted battery pack of the Model 3 also provides the vehicle with great stability, allowing the electric car to ace the infamous Moose Test. This time around, it is the vehicle’s electronics and its motors’ instant torque that played a part in acing a test that can put even Audi’s iconic quattro system to shame.

Here’s how the Tesla Model 3 Dual Motor AWD performed in the 4×4 test on rollers.

And here’s how an Audi A6 TDI quattro performed in a similar test.