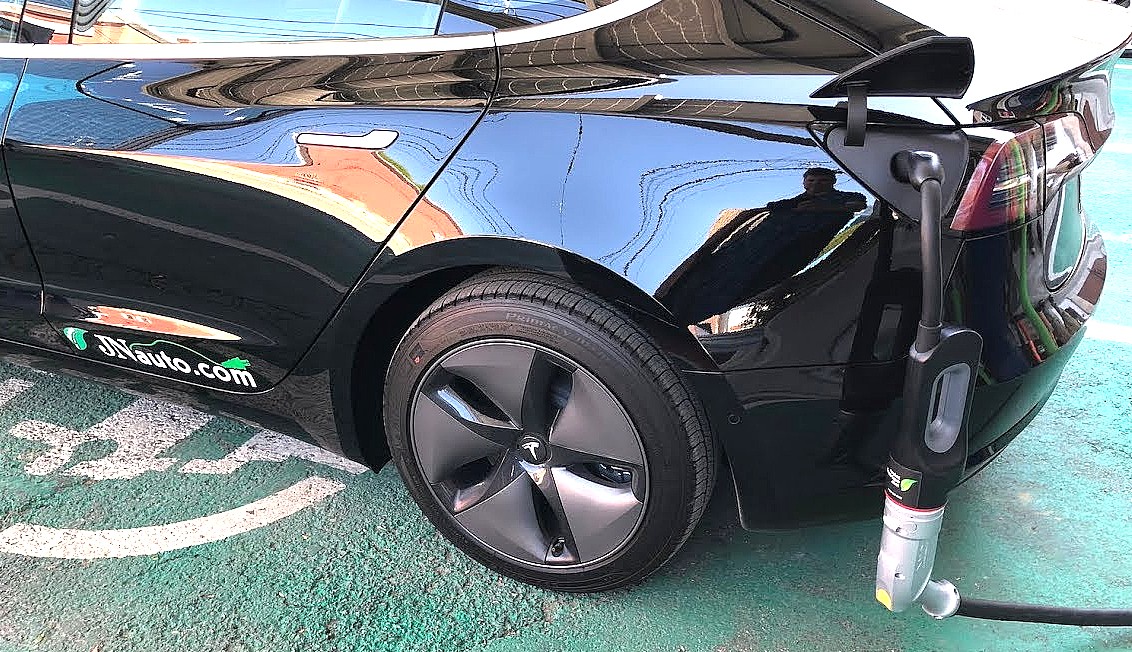 Tesla is finally offering a CHAdeMO quick charge adapter for the Model 3 in its online store. The page for the accessory went live earlier today, giving Model 3 owners additional options for fast-charging outside of the Supercharger network and leverage the vast DC fast-charging network. With this update, Tesla’s existing lineup of vehicles, the Model S, Model X, and Model 3, are now all compatible with CHAdeMO’s expansive network of chargers.

Similar to the Supercharger Network, CHAdeMO is a quick charging method for battery electric vehicles. Proposed as a global industry standard in 2010 by a group of five Japanese automakers, CHAdeMO steadily grew into a network of 23,000 global charge points, which include 9,200 in Europe, 3,200 in North America, and 7,600 in Japan.

Tesla, for its part, has offered a CHAdeMO adapter for the Model S and Model X for years. When the Model 3 was released, it was widely assumed that the new sedan would be compatible with the CHAdeMO adapters of its larger siblings, but this was not the case. The EVgo Fast Charging Network confirmed this on Twitter.

Tesla, for its part, has shown indications that it is looking to bring CHAdeMO charging to the Model 3. A page for a CHAdeMO adapter that was supposedly compatible with the Model 3 briefly went live in the vehicle’s “adapters” section at Tesla’s online store last June, but the page was quickly updated to remove the item. Tesla has also maintained that its vehicles will eventually be capable of recharging their batteries using all “compelling” public quick charge networks, hinting further at CHAdeMO compatibility in the near future.

Tesla’s release of the Model 3’s CHAdeMO adapter comes as the electric car maker continues the international rollout of the Model 3. This could prove strategic in territories where CHAdeMO is popular, such as Japan. Having a CHAdeMO adapter ready for the Model 3’s upcoming deliveries in Japan ensures that customers in the Asian country could charge at the DC fast chargers without any issues.

Tesla’s Superchargers are arguably the gold standard when it comes to electric vehicle charging systems, and with the ongoing expansion of V3 chargers, the network is bound to become even more impressive and formidable. Despite this, the company has demonstrated a willingness to make its vehicles compatible with chargers outside its expansive, proprietary network.

This was shown in the company’s release of CCS adapters for the Model S and X in Europe, as well as CHAdeMO adapters for the two flagship vehicles. Tesla has also started rolling out Superchargers with both its proprietary connector and a CCS plug in Europe, in order to cater to the Model 3, which is being shipped with a CCS plug by default in the region.

Tesla’s CHAdeMO adapter for the Model 3, which retails for $450 each and is capable of charging at speeds of up to 50 kW, could be accessed here.