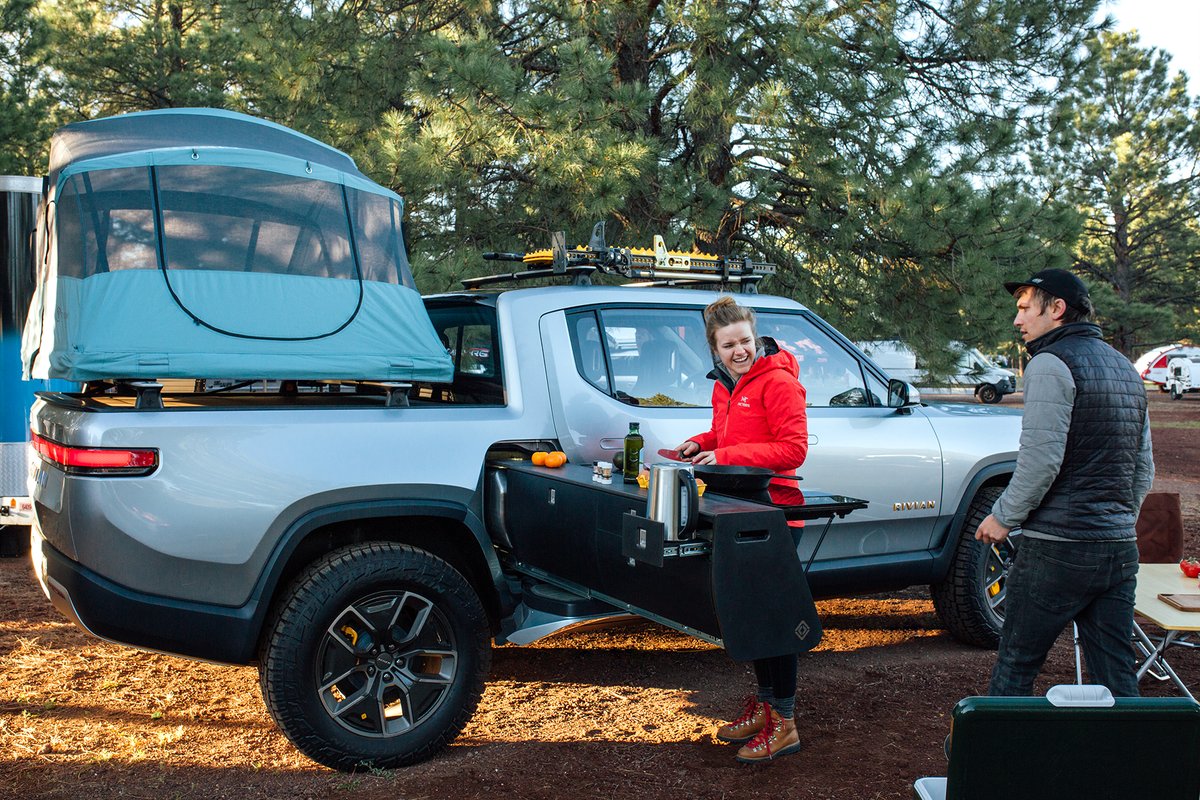 Rivian has a lot of excitement built up for its outdoor adventure brand, and alongside the launch of its all-electric R1T pickup truck and R1S SUV, the company also has plans to launch must-have accessories for new vehicle owners. The most notable of these is the extendable kitchen set designed for the R1T gear tunnel which is constructed with environmentally friendly materials that align with Rivian’s sustainability mission.

A close-up look at Rivian’s portable kitchen was recently published by Tech Crunch from their attendance at the Overland Expo West in Flagstaff, Arizona this past May. The car maker had unveiled the cooking companion at the event, and team members were demonstrating the module’s functionality. Part of Rivian’s branding is centered around being part of a sustainable future as an electric vehicle car manufacturer, and with that in mind, the gear tunnel kitchen uses recycled materials in its frame and work surfaces, specifically the brand Richlite, as revealed in the recent video. Richlite is an ultra-durable, heat-resistant blend of recycled paper and resin that has received several sustainability certifications, including Greenguard Certification for low emissions, Rainforest Alliance Certification, and Forest Stewardship Council Certification, per the company’s website.

Another interesting part of Rivian’s portable kitchen is its induction stovetop and electric kettle; both were designed to tuck away into the kitchen’s frame for maximum usability with minimum storage requirements. Drawers with cork inserts that stabilize utensils and cooking supplies while driving are also included in the design. The kitchen set additionally includes a dish drying rack made from bamboo that folds out of a built-in sink. Finally, there’s a 5-gallon water tank to supply any drinking, cooking, or cleaning needs. 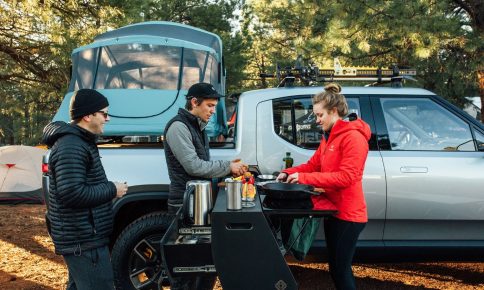 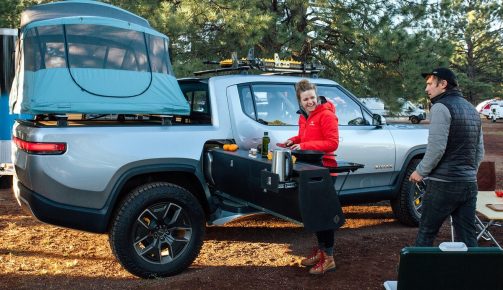 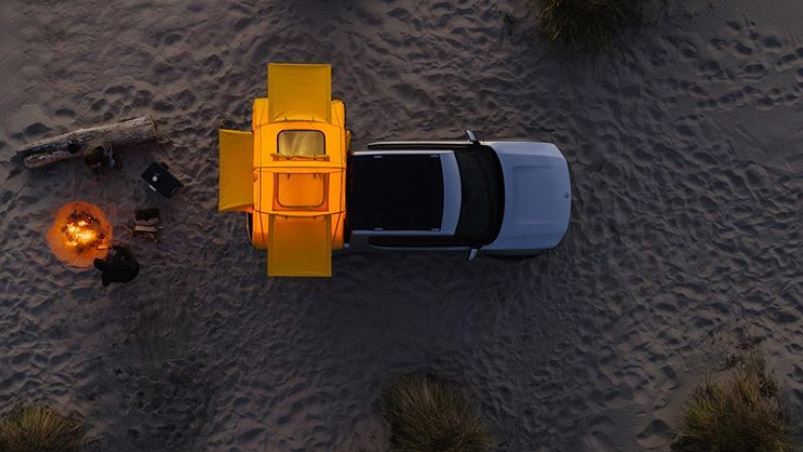 After unveiling its kitchen set, Rivian’s social media focused on promoting the accessory to help jog potential customers’ imaginations and inspire trips of their own with food at the forefront. Two company team members documented a trip to Sedona with the R1T truck over Memorial Day weekend highlighting the kitchen specifically along with a tent that attaches to the truck bed. While this newest gear tunnel addition was only meant to be a prototype to interact with the overlanding community and gain feedback for Rivian’s products, its popularity has convinced the company to offer it as a standard accessory available for purchase when the company fully launches its production vehicles.

The Rivian team is currently hard at work bringing the company up to a high-volume manufacturing level for the R1T and R1S. In the meantime, CEO RJ Scaringe has teased a few other environmentally-focused projects underway. At the company’s manufacturing facility in Normal, Illinois, Rivian is planning an on-site food farm for employees in collaboration with local universities. Also, the car maker recently announced an expansion of its partnership with rock climber Alex Honnold via an energy storage project using the company’s expended car batteries for a micro solar grid in Puerto Rico.

Deliveries of the first customer R1T pickup trucks and R1S SUVs are expected to happen at the end of 2020. Scaringe recently estimated that in 2021, Rivian’s estimated first full year of rolling vehicles through the assembly line, approximately 20,000 to 40,000 cars will be made. Until then, preorders are still open on their website.