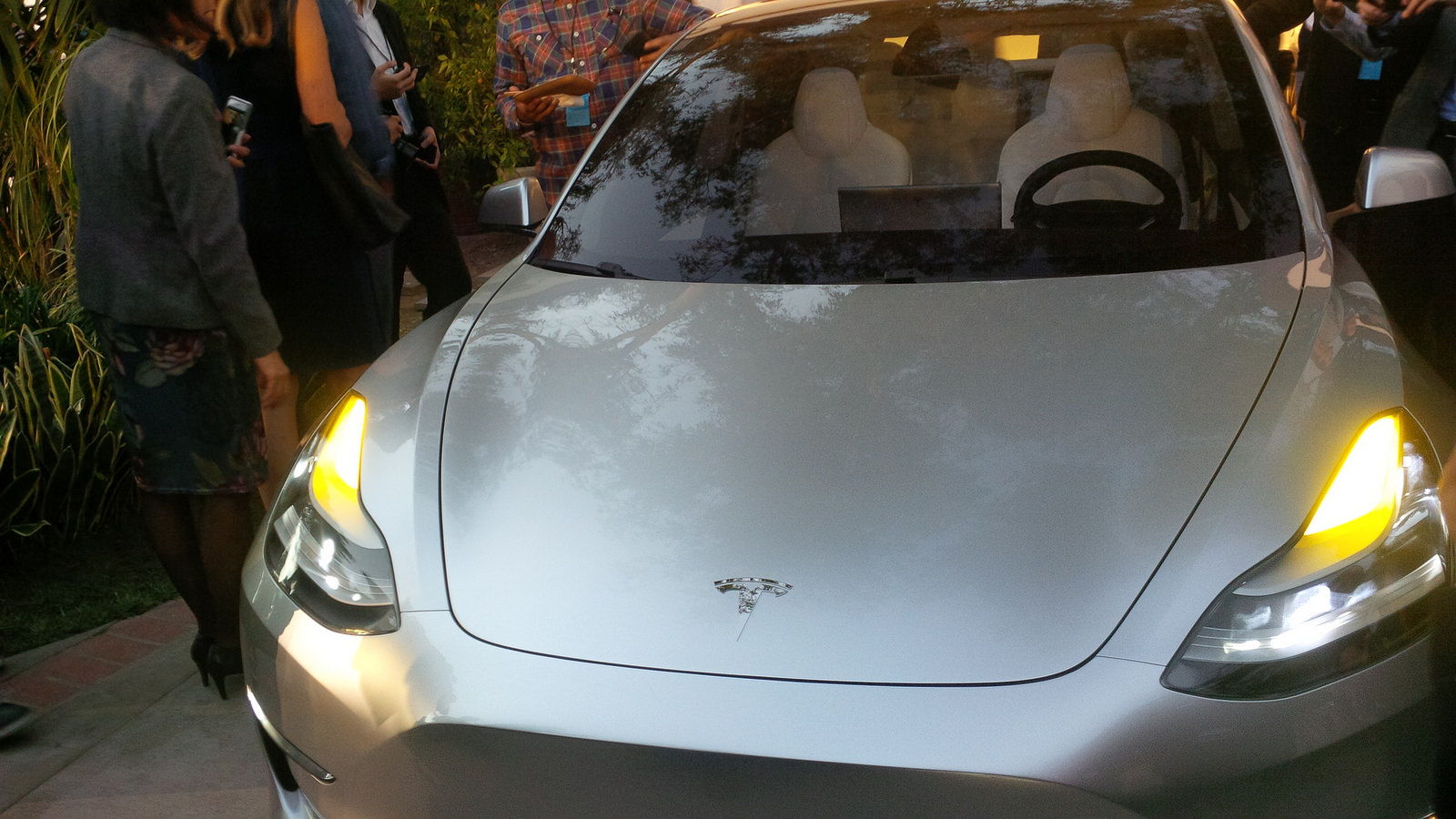 As Musk stood on stage and presented what’s arguably the most unique solar roof tile offering within the new product line – Tuscan Glass Tile: a Terracotta style roof tile that’s curved in shape and made entirely from glass, a Model 3 casually rolls out onto the driveway of the demonstration home. This can be seen at the 12 minute mark of the company’s webcast, though only for a brief moment.

We’re told by Dennis , who was in attendance, that many people didn’t catch that it was a Model 3 being driven out of the demonstration home’s garage until a minute or so later. By that time, Dennis had already made a beeline to the car and began snapping a few close-up photos of the silver Model 3 before Tesla security began pushing the oncoming crowd behind a roped off section. 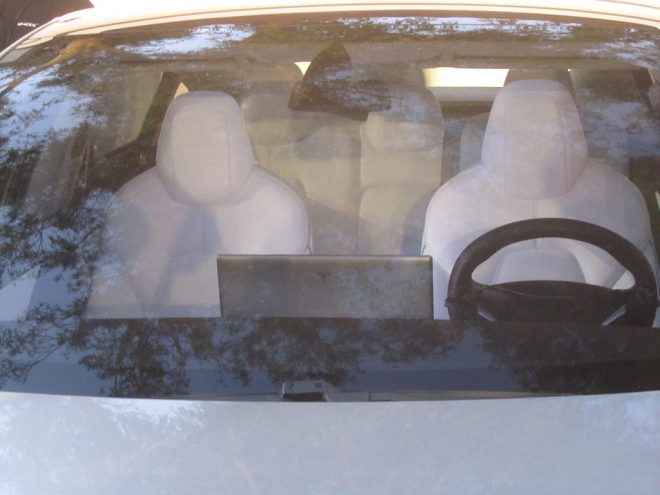 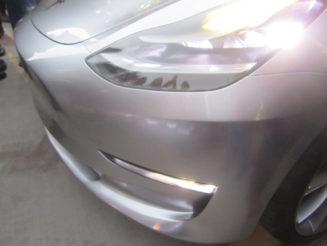 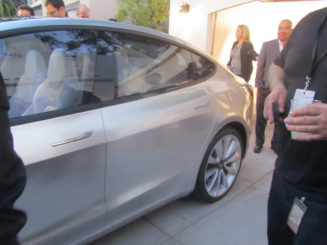 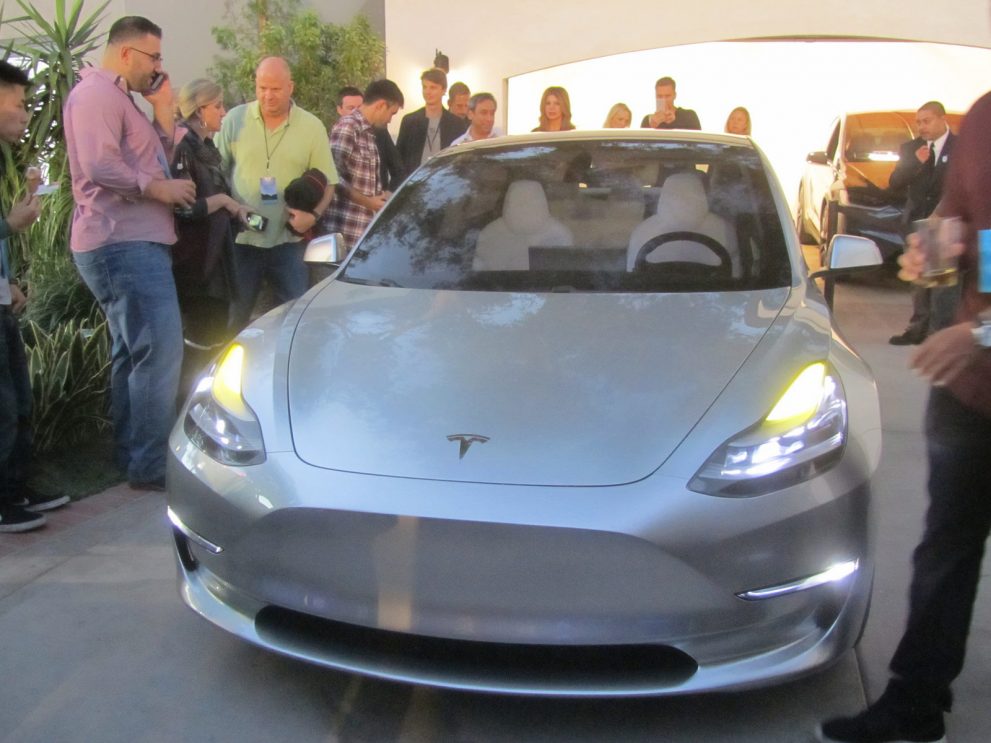 YouTuber Anthony Ngo also managed to capture some great video footage of the Model 3, which includes a rare inside look at the front cockpit and the large horizontally mounted main touchscreen. “I caught some quick shots of the Model 3 before security turned me away”, says Ngo.

The vehicle appears to be the same prototype that was seen at the March 31 vehicle unveiling event, and later spotted cruising the streets of Marina Del Rey, CA, presumably for a photoshoot.

Check out Ngo’s footage of the Model 3, posted below.